READ THE ALL-ORIGINAL
PEANUTS #0
INTRODUCTORY ISSUE
THIS NOVEMBER FOR ONLY $1 & THEN GET PEANUTS #1THIS JANUARY! 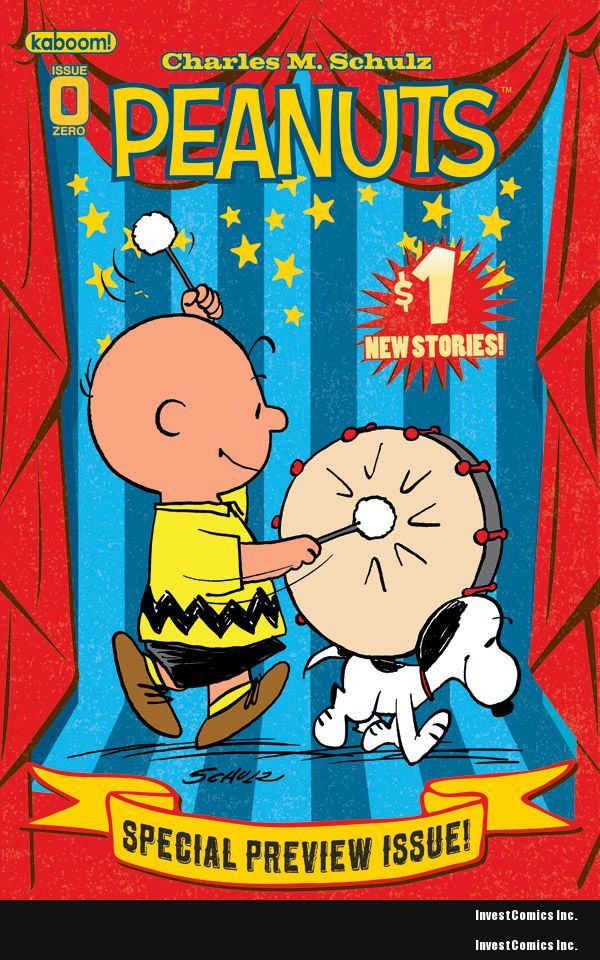 August 24th, 2011 – Los Angeles, CA – Happiness is a monthly comic book series, Charlie Brown! PEANUTS debuted at BOOM! Studios’ all-ages imprint KABOOM! this past spring with the first PEANUTS graphic novel HAPPINESS IS A WARM BLANKET, CHARLIE BROWN. Now, thanks to a recently signed partnership with Peanuts Worldwide, Snoopy and the gang are back in a monthly comic book series kicking off this November with a special #0 — for only a buck —featuring a new original story and supplementary material that will provide a sneak peek at the series launching in January!

“We were honored to publish the first PEANUTS graphic novel HAPPINESS IS A WARM BLANKET, CHARLIE BROWN this past spring and now we are doubly honored to publish a new PEANUTS monthly comic series,” BOOM! Studios Founder and Chief Executive Officer Ross Richie said. “The team at PEANUTS have entrusted us with these characters and we aim to do everything we can to honor the memory and the characters of Charles Schulz.”

“It’s a daunting task to follow in the footsteps of a master,” BOOM! Studios Editor-in-Chief Matt Gagnon said. “But with the team we have assembled and the guidance of the folks at Peanuts Worldwide and Charles M. Schulz Creative Associates, we’re confident that we’ll be delivering to fans the best PEANUTS monthly comic book series anyone could imagine.”

Launched this past spring, KABOOM! is the brand new name for BOOM! Studios’ three year old all-ages imprint previously known as BOOM Kids! This year has seen KABOOM! launch with the premiere of the PEANUTS graphic novel, followed closely by an all new original series by fan-favorite Roger Langridge entitled SNARKED, and this month will see the release of Scholastic’s WORDGIRL.

18 thoughts on “kaBOOM! is offering PEANUTS for peanuts!”