Boom! Studios has a new book coming your way from Claudio Sanchez of Coheed and Cambria fame!

Lots of details inside! 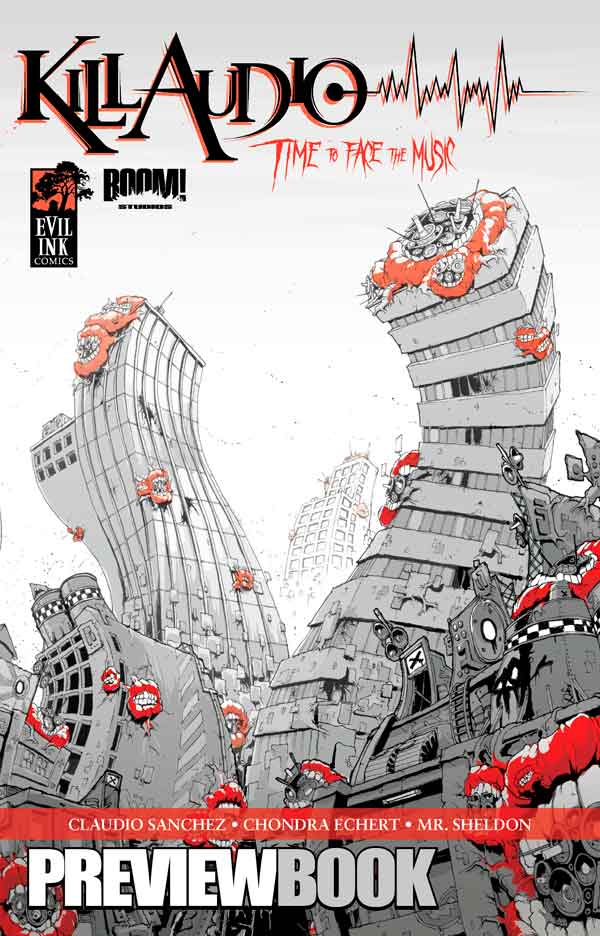 Friday and Saturday Only from 4pm – 5pm

Figure Only Available during Signing Times!


July 13th, 2009 – Los Angeles – Claudio Sanchez, the celebrated creator of the COHEED AND CAMBRIA mythology, including the best selling sci-fi mini-series, THE AMORY WARS, is back with an entirely new concept!  One of the most unique and powerful minds in rock and comics unleashes possibly the most provocative new comic of 2009: KILL AUDIO!

"This is disturbing work, and I mean that as a compliment," BOOM! Studios Editor-in-Chief Mark Waid said. "Anyone who’s a fan of THE MAXX or of Robot Chicken should check this out."

KILL AUDIO follows the adventures of an immortal little troll who struggles to find purpose in a land where creativity is a controlled substance. When musical creativity spirals into chaos, KILL AUDIO discovers his life mission.

Supported by a wildly eccentric posse and a nemesis hell-bent on proving his mortality, KILL AUDIO takes on non-sensical musical sub-genres while traipsing across a vivid landscape, all of which could only come from the intense mind of Claudio Sanchez. 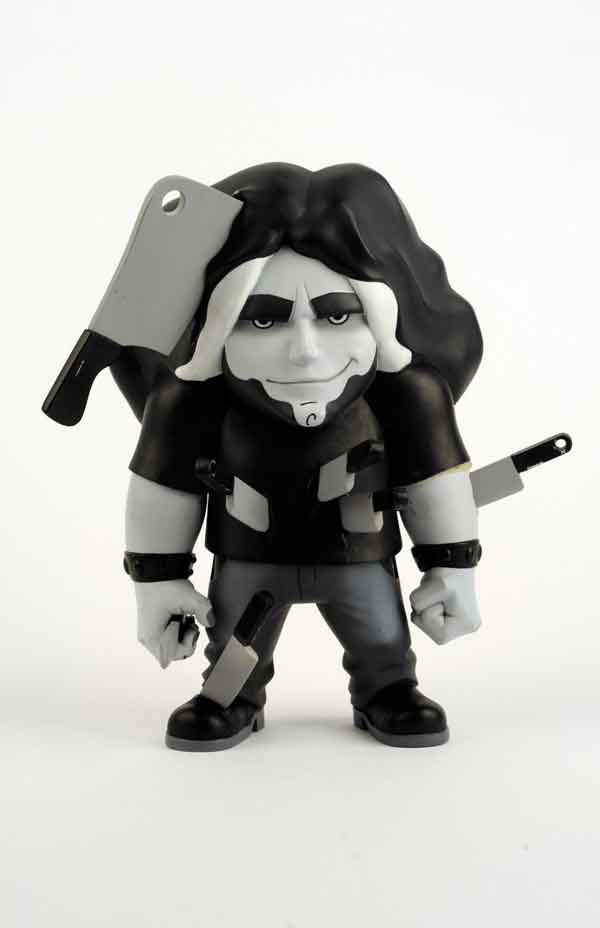 The KILL AUDIO PREVIEW BOOK and the KILL AUDIO VINYL FIGURE* will be available at the BOOM! Studios booth (#2543) with Claudio signing on Friday and Saturday from 4pm – 5pm.

*Please note the Vinyl Figure will only be available during signing times.