Mike Allred sends off Madman Atomic Comics and draws to a close all those dangling plot threads.

19 February 2009 (Berkeley, CA) – MADMAN ATOMIC COMICS comes to an end this August as creator Mike Allred wraps up an entire series’ worth of stories in a final blockbuster issue and his new album, THE GEAR: LEFT OF CENTER OF THE UNIVERSE, both featuring the return of characters from his highly praised hit RED ROCKET 7.

"MADMAN ATOMIC COMICS marks the end of an era, but definitely not the end of MADMAN at Image," Allred said. "MADMAN ATOMIC COMICS was a really fun time for me, Laura, Madman and friends. Working at Image gave us  an unprecedented freedom with the book, allowing us to experiment like never before! I hope fans have enjoyed the trip thus far and will be back with us on the next leg once we get to it!"

MADMAN ATOMIC COMICS #17 wraps a nearly two year run for the series, the longest for Allred and MADMAN in terms of consecutive issues, seeing his beloved superhero series finish off stories in the making since its inception as well as experiment in ways it never has before. Allred’s run produced some of the most acclaimed issues of his career, including his tribute to the entire history of comics wherein each panel featured a different style of a famous creator. The final issue will also tie in his RED ROCKET 7 series in continuity for the very first time, leading in to his second, long-awaited album, THE GEAR: LEFT OF CENTER OF THE UNIVERSE.

THE GEAR: LEFT CENTER OF THE UNIVERSE amps up the psychedelic space rock influences hinted at on the first album and features special guest musicians including The Dandy Warhol’s Courtney Taylor-Taylor. Furthermore, August’s release is a limited edition Direct Market exclusive released well in advance of the mainstream edition and will include tracks not available anywhere else, including iTunes. MADMAN will return in a different form at Image Comics to be announced at a later date. 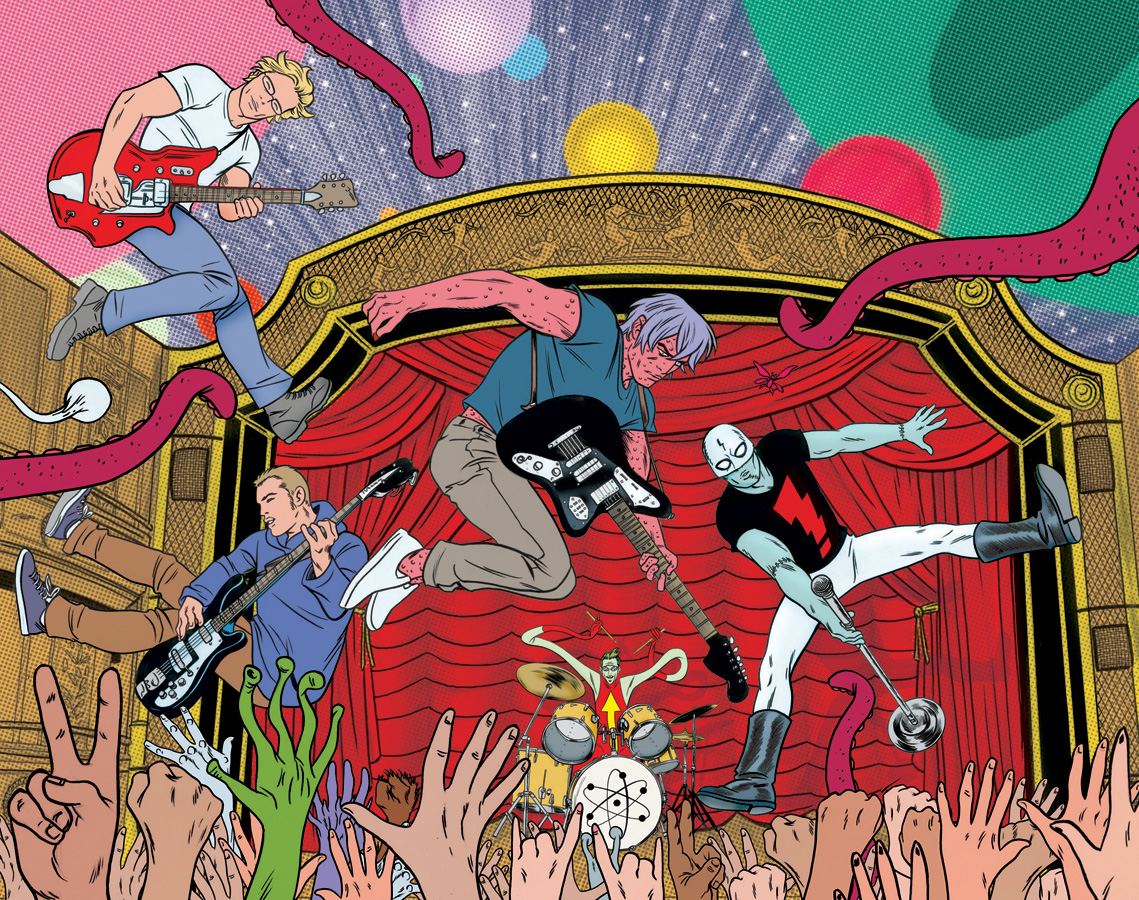