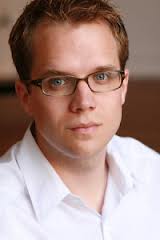 After leading the X-Men through a Schism, a Revolution and a Battle, Nick Lowe is setting his sights on the friendly neighborhood Spider-Man. Working closely with the creative powerhouses of Dan Slott, Mark Waid, Warren Ellis, Humberto Ramos, Giuseppe Camuncoli and many more, Nick Lowe will be shepherding the books of the Spider-office as Marvel moves forward in this exhilarating year for Peter Parker and his amazing friends.

“I’ve loved Spider-Man since I stole my brother’s Spidey comics back in the 90’s!” exclaims Senior Editor Nick Lowe. “It’s a huge honor to be working on Marvel’s most popular character. After ten years (!) I’m going to miss the X-Men, but I’m excited to join the incredible group of men and women working on books in the Spider-Man Office.”

“[Writer] Dan Slott is weaving an intricate web for Spider-Man in 2014, and I’m excited to see what Senior Editor Nick Lowe — a veteran of the X-Men titles — contributes to the line,” says EIC Axel Alonso.

Nick Lowe is just another outstanding talent continuing his visionary work with Marvel during the hugely successful All-New Marvel NOW! initiative – featuring bold new launches from some of the industry’s hottest creators.

Marvel Entertainment, LLC, a wholly owned subsidiary of The Walt Disney Company, is one of the world’s most prominent character-based entertainment companies, built on a proven library of more than 8,000 characters featured in a variety of media over seventy years. Marvel utilizes its character franchises in entertainment, licensing and publishing. For more information, visit marvel.com.