Greg Pak’s biggest story yet, “Heart Of The Monster”, brings dire consequences to the Green Goliath and those close to him.

What happens when the furious monster inside Bruce Banner says, “ENOUGH”?

The writer of Planet Hulk and World War Hulk brings his critically acclaimed  Incredible Hulks run  to a close…with a SMASH.

Catch the oversized final issue of the long running series, with a monster sized story and dozens of extras celebrating Greg Pak’s run, that no fan of the Jade Giant can miss. 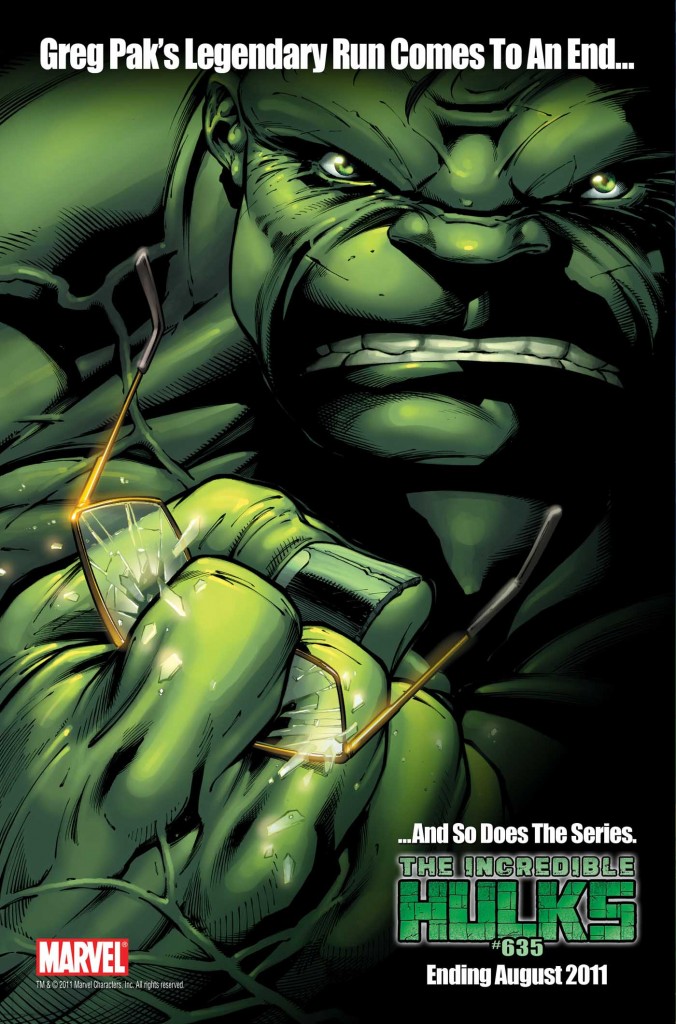 1 thought on “Marvel Announces The FINAL Issue Of INCREDIBLE HULKS!”