OK, OK, you were right the first time.

Click on the link for more on Dark Avengers #1 and it’s second printing!

Some in the Marvel Universe may call him “hero of the year”, some may call him “jerk of the year”, but one thing’s for certain—Norman Osborn is the man behind the hottest new ongoing series of the year! Marvel is pleased to announce that Dark Avengers #1 has sold out at Diamond (though copies may be available at the retail level) and will return with Dark Avengers #1 Second Printing Variant. This new printing features a new version of the issue’s original cover by Deodato. Retailers, please note that the final version will be in color.

“Dark Avengers #1 is a book teeming with insidiously intriguing characters, tasty plot twists, and widescreen, iconic artwork by Mike Deodato. For Marvel fans and Avengers followers, there isn’t much not to like about Dark Avengers #1”—Bryan Joel, IGN.Com

“Watching Osborn rebuild giant swaths of the Marvel Universe to fit his own designs is a whole lot of fun…I definitely look forward to seeing where all this is headed.”—Benjamin Birdie, ComicBookResources.Com

“The Marvel Universe is becoming an exciting place and I for one cannot wait to see what comes next”—Richard Renteria, Newsarama.Com

“The possibilities are endless and I’m already strapped in and ready to go along for the ride."—Kevin Mahadeo, WizardUniverse.Com

“A fantastic first issue, and a great new start…It’s a thick, enjoyable issue, with a strong script which is very emotive”—Adam Chapman, Comixtreme.Com

Marvel urges retailers to check their orders on Dark Avengers and all Dark Reign tie-ins, as they continue to sell out quickly and generate tremendous buzz! Don’t miss your chance to get onboard the next comic book phenomenon at the very beginning with Dark Avengers #1 Second Printing Variant! 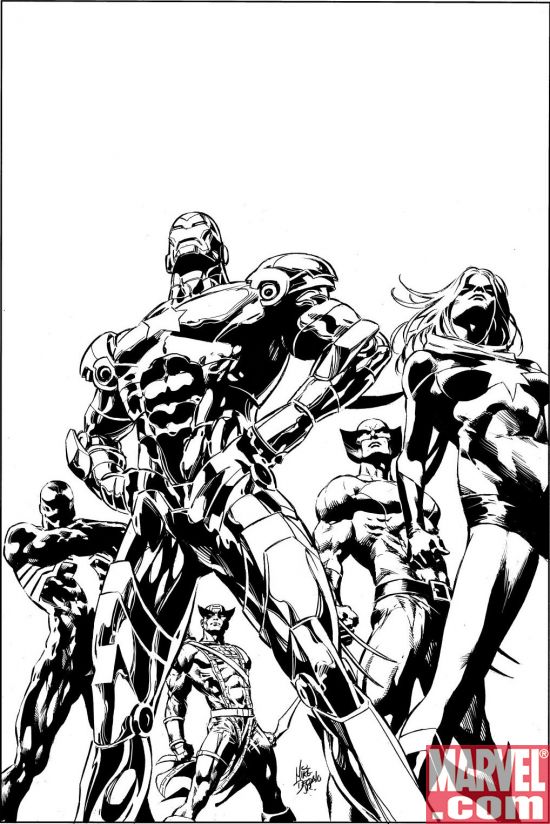