The Son of Hulk vs the Herald of Galactus?

Skaar, Son of Hulk Faces Off Against Silver Surfer Today!

The mighty son of Hulk embarks on a new bone-crushing journey in Skaar, Son Of Hulk #7, on sale NOW!  In this all new arc, the Son of Hulk finally comes into possession of the cataclysmic “Old Power”, which grants him the ability to level the entire planet of Sakaar to the ground! Skaar’s newfound powers however may be too much for him to handle—meaning that the herald of Galactus, the Silver Surfer, must intervene! That’s right True Believer, the Silver Savage returns to Sakaar for an intergalactic throwdown with Skaar! Will the “Power Cosmic” overcome the “Old Power?”  Acclaimed scribe Greg Pak and fan favorite artist Butch Guice deliver a can’t miss action packed thrill ride, featuring a regular cover by Ed McGuinness and a variant cover by Ron Lim! This issue also lays the seeds for an event that will rock the Marvel Universe on the same level of World War Hulk! It all begins here!

Fans and critics agree, Skaar is a must read!

“Pak has a flawless ear for the unadorned eloquence of peasant speech and warrior philosophy,” raves Adam McGovern of Comiccritique.com

Paul Brian McCoy of Comicsbulletin.com says, “Butch Guice continues to demonstrate that he is one of the most accomplished artists working today.”

How will the ferocious Skaar react when his greatest adversary yet, the Silver Surfer, comes to stop him?  Will he finally gain revenge on Axeman Bone? Don’t miss Skaar: Son of Hulk #7, in stores NOW! 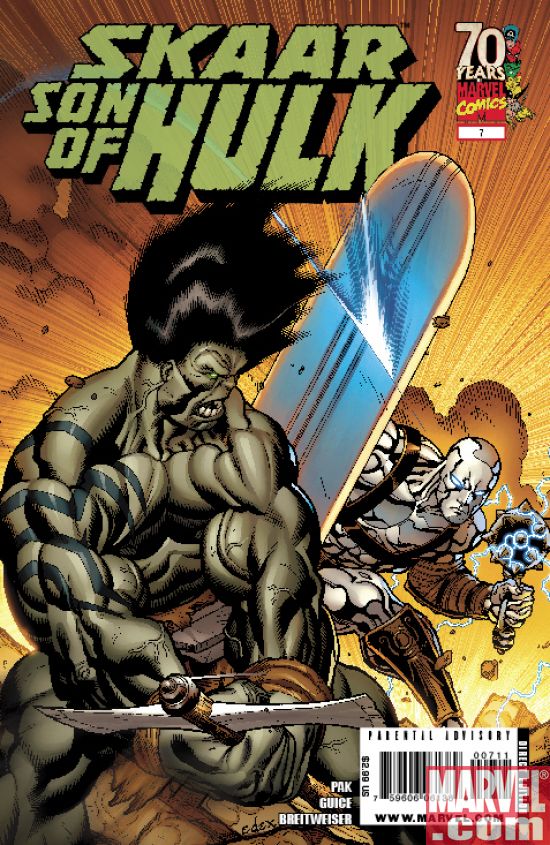 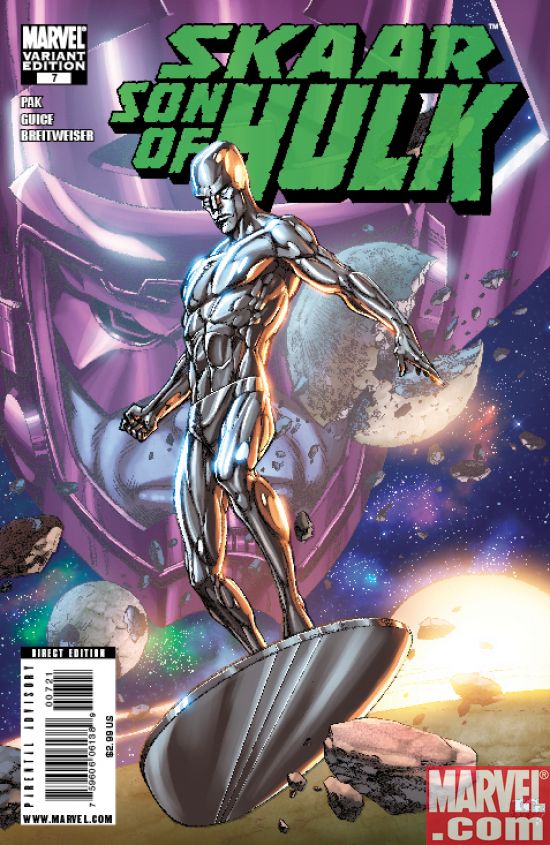