Well, here’s your second chance at a good decision!

Marvel’s announcement and cover inside!

DARK REIGN Leads Thunderbolts #128 Sells Out Before It Hits The Stands!

Marvel is pleased to announce that Thunderbolts #128, beginning an all-new direction for the acclaimed series, has sold out at Diamond—before the issue hit stands!—and will return with a new printing to meet demand! The creative team of writer Andy Diggle and artist Roberto De La Torre reveal the next layer of Norman Osborn’s immaculate machinations, as the newly minted hero of the Marvel Universe takes the next step in gaining greater power! Thunderbolts #128 Second Printing Variant features the interior art of De La Torre on a new cover!

The early reviews are in and the new direction for Thunderbolts is a hit!

“Diggle is writing to his strengths: political intrigue, black ops teams, and double- and triple-crosses galore…De La Torre’s art is a great choice for "Thunderbolts" with its rough, slightly craggy look of its characters and situations”– Greg McElhatton, ComicBookResources.Com

“Writer Andy Diggle uses dialogue quite well, with the entire cast sounding unique and true to their character. The art is excellent, both the consistent and sharp pencils and the mood setting colors.”—David Hodum, ComicsBulletin.Com

Marvel urges retailers to check their orders on upcoming issues of Thunderbolts and all Dark Reign tie-ins, as buzz continues to build around this new direction for the Marvel U! 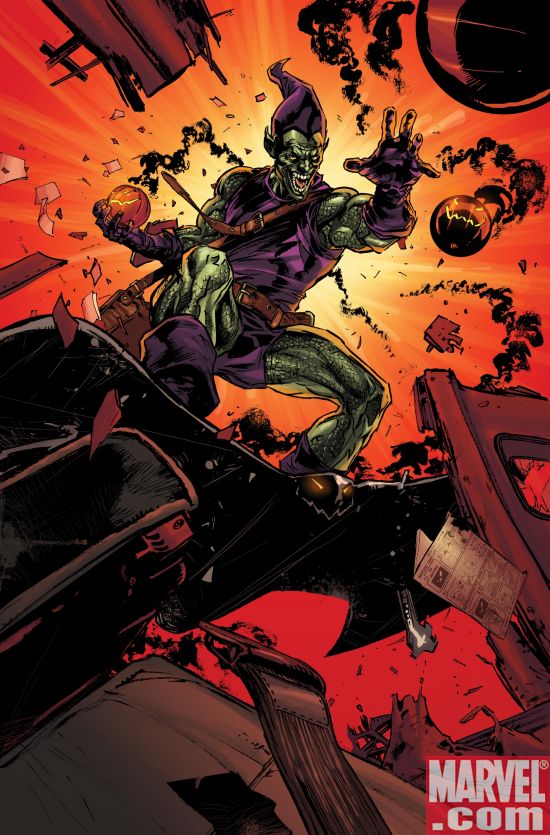