Secret Warriors #2 goes back to the presses for all those that missed it the first time!

Secret Warriors #2 Sells Out and Returns With a Second Printing!

Marvel is proud to announce that Secret Warriors #2 has sold out at Diamond (though copies may still be available at a retail level) and will return with the release of Secret Warriors #2 Second Printing Variant! Join fan favorite writers Brian Michael Bendis and Jonathan Hickman along with artist Stefano Caselli for a compelling story exploding from Secret Invasion and Mighty Avengers! Find out who Nick Fury and his Secret Warriors’ real enemies are! Why did they choose now to make their existence known? And where have they been hiding!? This second printing features Stefano Caselli’s striking interior artwork on its new cover!

“This series may indeed be not only the best thing to come out of Secret Invasion, but the best new Marvel book to hit the shelves in a long time.” Dan Phillips, Comics.IGN.com

“Do yourself a favor and pick up Secret Warriors.” Comixology.com 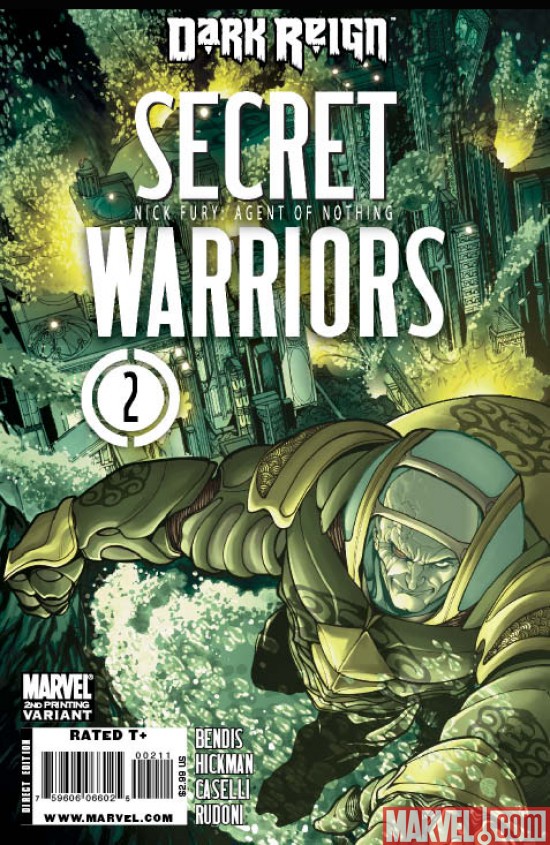