The long wait for issue three of Ultimate Wolverine vs. Hulk is over!  If you forgot you were waiting for this title and missed it, no worries!

It’s coming back around again.

Marvel is pleased to announce that Ultimate Wolverine vs. Hulk #3 has sold out at Diamond (though copies may be available at the retail level) and will return with Ultimate Wolverine vs. Hulk #3 Second Printing Variant!  Renowned writer Damon Lindelof (from television’s LOST) and superstar artist Leinil Francis Yu (Secret Invasion) deliver an Ultimate showdown complete with carnage and mayhem!  Wolverine truly is the best at what he does, but will his best be enough to stop the raging green giant?  This new second printing cover features Yu’s stylish interior art and the first ever look at Ultimate She-Hulk!

This Ultimate slobber knocker has fans and critics raving:

“Lindelof takes a bold and confident approach to the structure, giving the series a unique flavor.” – James Hunt, Comicbookresources.com

“Lindelof simply nails the writing…I’ve not been so excited at a story in some time.” – Matt Yocum, Comiccritique.com

“The dialogue is perfectly paced… I’m impressed at how smooth the transition seems to have been for Lindelof.” – Brian Wilkinson, Comixfan.com

The titanic clash of these Ultimate forces has begun, but will either of them be prepared for what lies ahead?  What was Nick Fury’s Plan B the entire time?  Be sure to catch all the Ultimate thrills as these unstoppable powers continue to face off in Ultimate Wolverine vs. Hulk #3 Second Printing Variant! 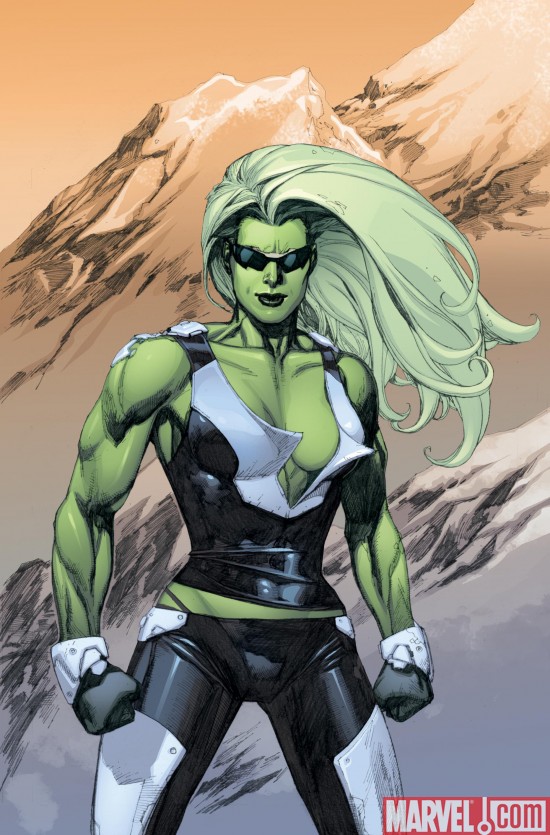