Two more obituaries to mourn those who’ve fallen during Ultimatum.

This is gonna be one empty universe!

Check inside for the obituaries. 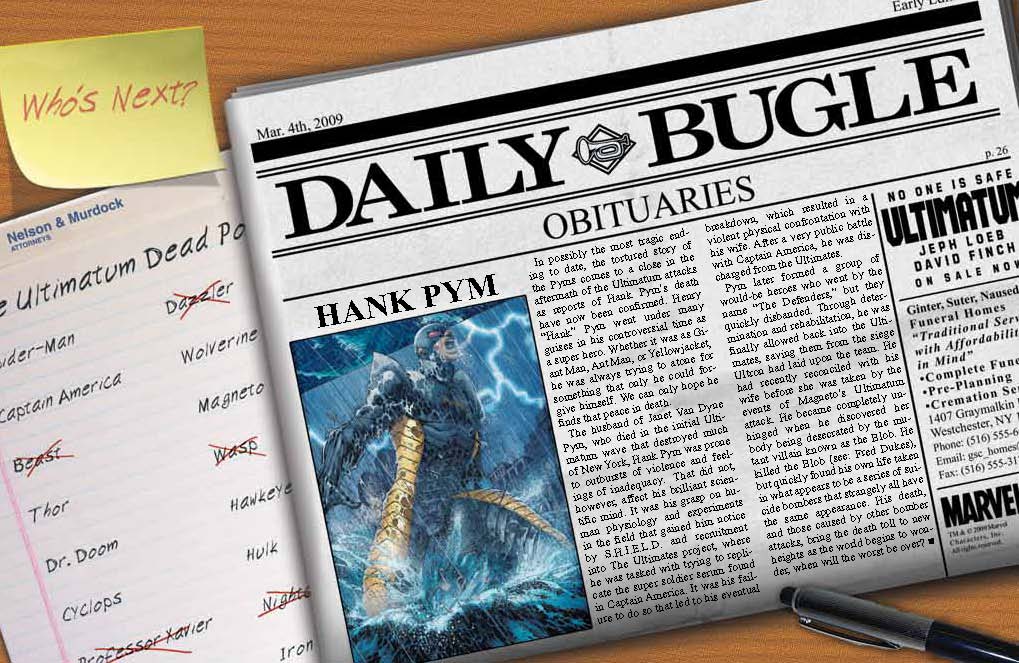 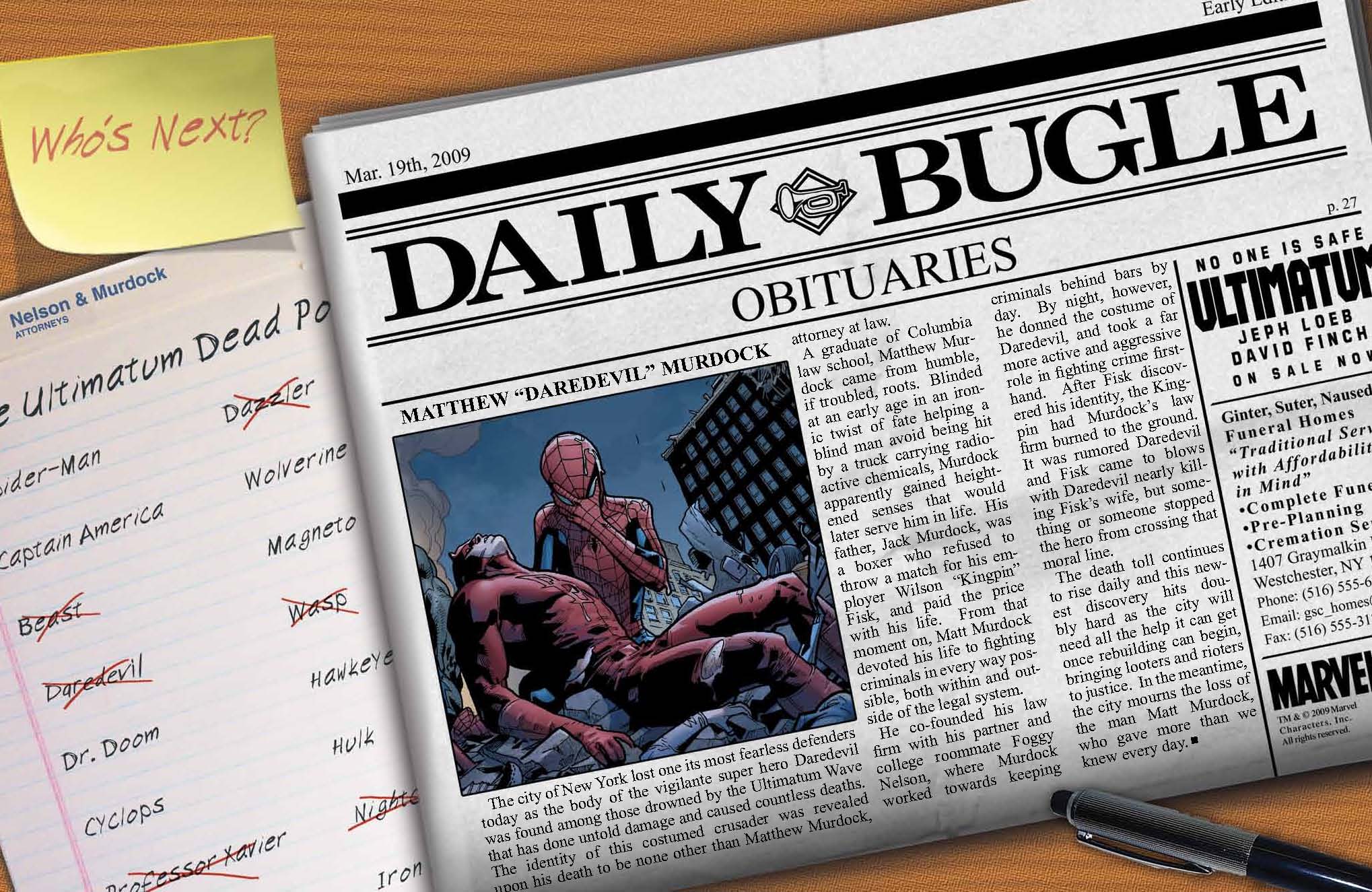