It seems to be a season for second and third printings!

This time, it’s the Messiah War Prologue.  More inside!

Marvel is pleased to announce the explosive sequel to the biggest X-Men event of the decade has sold out at Diamond (though copies may still be available at the retail level) and will return with X-Force/Cable: Messiah War Prologue Second Printing Variant!  Join the all-star creative team of writers, Christopher Yost and Craig Kyle, and Young Guns ’09 artist Mike Choi as they present to you an action packed story from beginning to end that’ll have major repercussions for mutantkind! With the mutant baby known as Hope in danger, Cyclops sends X-Force on a deadly rescue mission into the future to aid Cable…but no one could’ve prepared them for this nightmare! Plus, a brand new wrap-around cover featuring the interiors art of artist Mike Choi!

The reviews are in and critics can’t stop raving about Messiah War:

“Kyle and Yost do a solid job of setting the backstory and getting the ball rolling, and Choi draws it beautifully.” – Kevin Fuller, IGN.com

“Choi’s attention to detail and plausible mechanical design is a feast for the eyes.” – Steven Bari, ComicsBulletin.com

“The artwork by Choi and Oback is extremely well done, the details are exquisite…Highly Recommended!” – Adam Chapman, Comixtreme.com

“Mike Choi and Sonia Oback do a nice job telling the story while, at times, putting forth some of the best work I’ve seen them do.” – Kyle Posluszny, WeeklyComicBookReview.com

Marvel urges retailers to check their orders on X-Force, Cable, and all other X-related books as they continue to generate great reviews and excitement among fans! What perilous threat awaits the X-Force far into the future?  Can Cable protect the savior of the mutant race?  Don’t miss your second chance to get in on some of the heart-pounding action in X-Force/Cable: Messiah War Prologue Second Printing Variant! 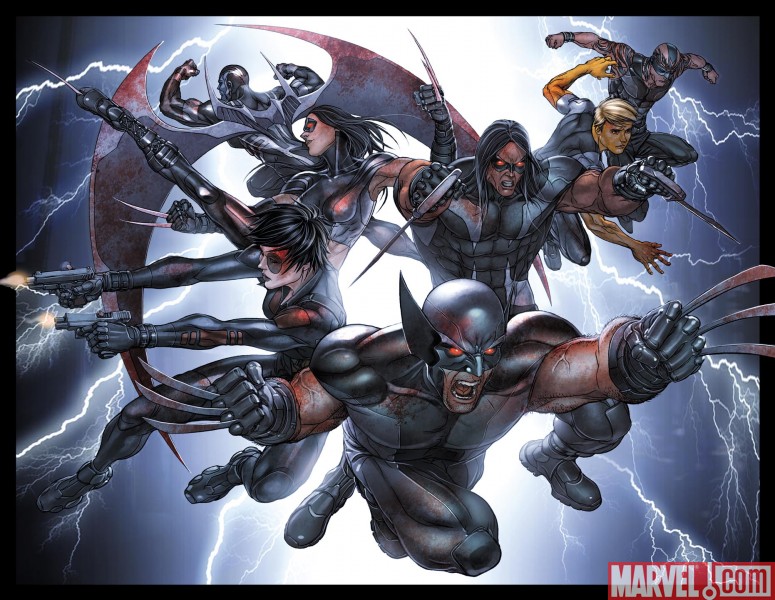