Explore the beginnings of the Golden Age of Marvel with The Marvels Project.

The Marvels Project #1 is in stores now! Celebrate the birth of the Marvel superheroes with this commemorative event by the Eisner-winning team who brought you the Death of Captain America, writer Ed Brubaker and artist Steven Epting! In a world on the brink of war, how does a dying man’s mysterious message mark the beginning of the first age of heroes? Witness the advent of the Human Torch and Namor the Sub-Mariner while exposing the hidden connections that unite these fabled champions! What tragedy summons Namor into battle from his aquatic kingdom and spawns his aversion for the human-world? Having been forewarned, can Thomas Holloway AKA The Angel contain the turmoil soon to come? Don’t miss the thrilling variant cover issues by renowned artists Gerald Parel and Steve Mcniven, and the 70th Anniversary Party variant by Phil Jimenez!

“[I felt] like I had a new understanding of the early days of the Marvel Universe and its first heroes as well as being impressed by how effortlessly the creative team made the story flow…This was an excellent read.” – Richard Renteria, Newsarama.com

“Issue one is a tantalizing, effective opener…an ambitious eight-part epic intent on uniting the Golden Age pantheon of heroes and charting their impact on the decades of adventures that followed…Epting’s art is gorgeous, photorealistic, and yet capable of comic book operatics…A brilliantly promising start.” – Nick Setchfield, SFX Magazine

“Put a creative team like Ed Brubaker and Steve Epting on your book, because nothing pleases like a quality comic, which The Marvels Project #1 most certainly is…Not to be missed.”— Chad Nevett, ComicBookResources.Com

With good and evil racing to create the super human, who will triumph? You know their legends, you’ve read their stories; now see it all begin with The Marvels Project #1! 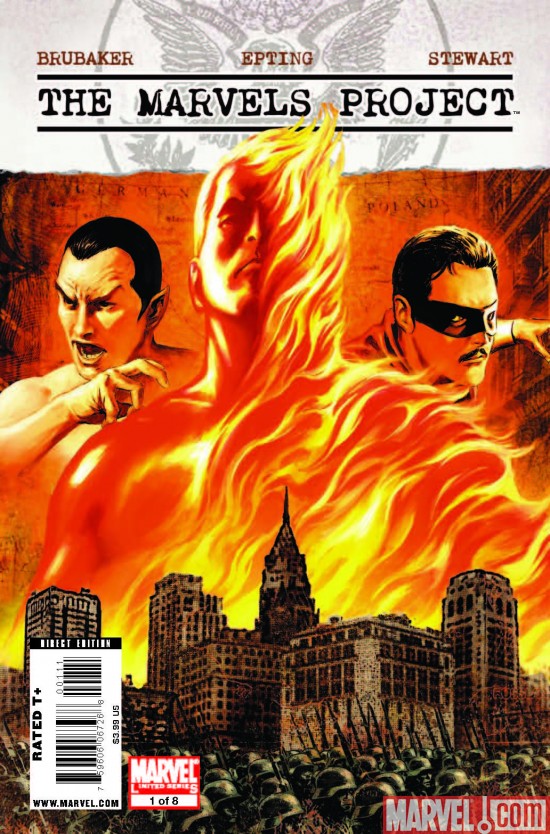 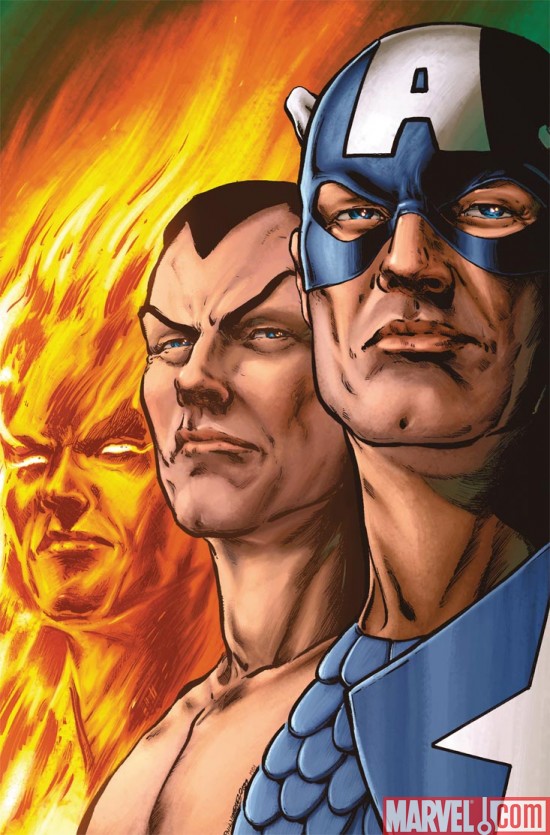 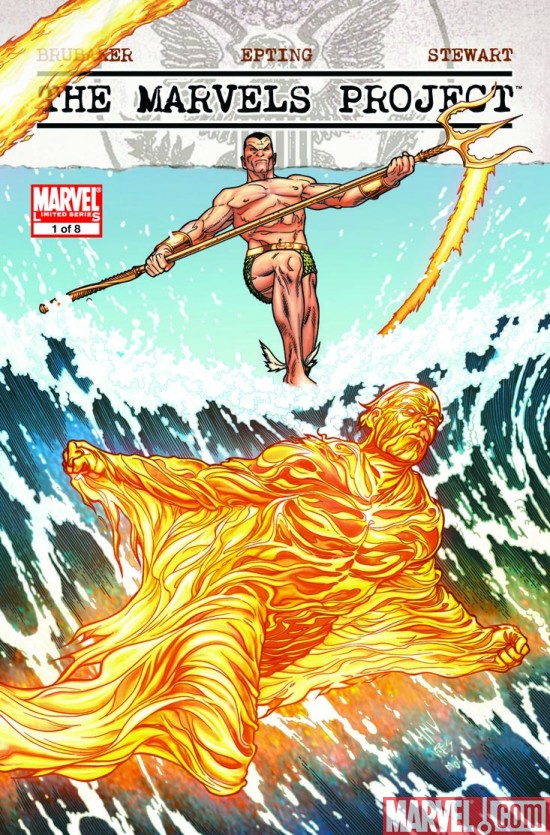 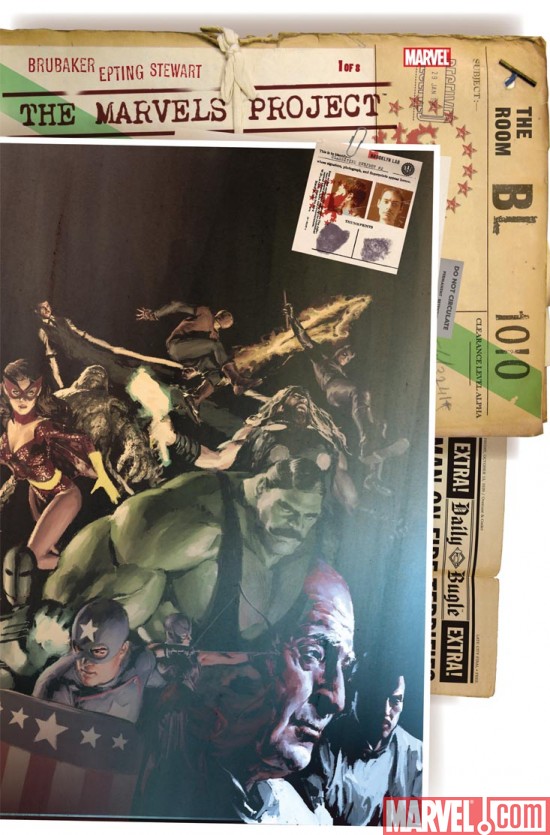