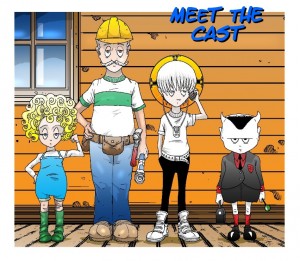 Before his adopted son can unite all of humanity in peace and harmony he must first survive being a teenager. But can Joseph survive raising a teenage boy whose best friend is the son of the devil? Yeah, well. You try raising a teenager who happens to be the Son of God! 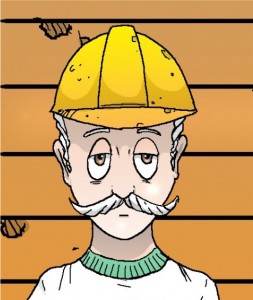 As a hard working contractor who loves his family Joseph is   willing to do whatever it takes… for a peaceful evening. But the people who surround him are making that impossible. 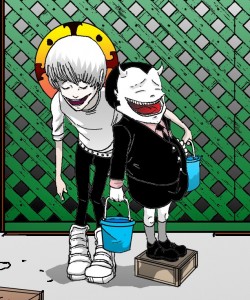 Fourteen year old Jesus only cares about video games, texting, movies, music, nu tech and girls. He reminds his dad that being a teenager doesn’t have to be boring. “Yo.”

The kid’s best friend won’t reply to any other name than Lil’ D. If his father wasn’t the Imperial Lord of the Underworld maybe he wouldn’t care about the eternal damnation of your soul. Wait. That’s one of his older brothers. 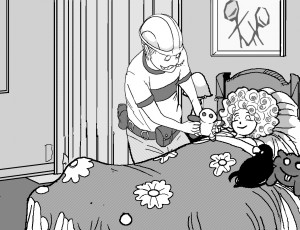 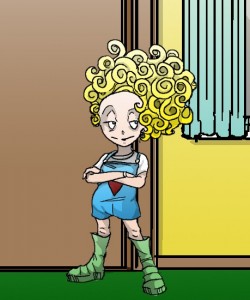 Then there’s the kid sister Ruthie. At ten this is not a little girl who goes neglected. But sometimes she makes getting her way worth the trouble.

It’s tough for a man who only wants peace in the house.

Who Are the Creators?

David Paul is the author of Naked Vitality, a nominee for several literary awards and the 2004 International Library of Poetry Silver Award Cup recipient. His works in graphic novels include the award-winning Cold Blooded Chillers by Heske Horror and he is a long time Heavy Metal magazine contributor. He works as a comic book and graphic novel letterer, collaborating with numerous artists. Samples of his work can be viewed at his DeviantArt gallery here
http://davidpaul1970.deviantart.com/gallery/30893065
and here
http://davidpaul1970.deviantart.com/

Gary T.  Becks was born in the Washington DC metropolitan area June 18, 1968.  He became interested in writing and music at the age of 6,  and after a few years of collecting comic books became inspired to draw his own. Mostly a self taught artist, his style is a mix of both Japanese Manga and American comic influences.

In 1992 he moved to Los Angeles and completed his first comic series called Vixen 6 which was adapted into a screenplay.

In 2001 he started the series Mazscara, a webcomic whose story elements mix horror, drama and fantasy. At the same time he began to discover 3D software such as  zBrush, Cinema 4D and Poser, which took his art in a whole different direction. G.T is currently working on several 3D projects as well as two new comic series called the Humorville Hillarrions and Fiendy.

His art portfolio can be viewed here :

Joseph! starts tomorrow. Do not miss it!

1 thought on “Meet the Cast”