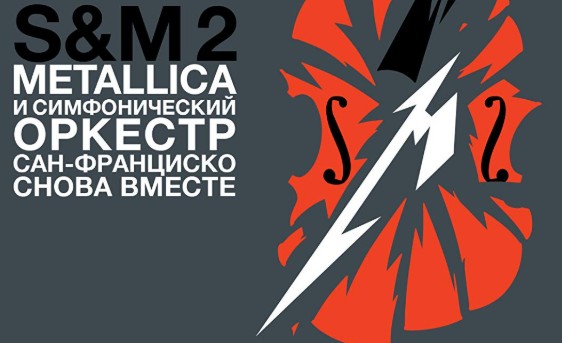 What is it about? On October 9, 2019, Trafalgar Releasing presents S&M2, a must-see celebration of the 20th anniversary of Metallica’s groundbreaking S&M concerts and album recorded with the San Francisco Symphony. See them once again perform with the Symphony as legendary conductor Michael Tilson Thomas leads a portion of the show, kicking off his final season in San Francisco. Recorded live on September 6th and 8th, the shows also commemorate the opening of the state-of-the-art Chase Center, a historic addition to the city’s waterfront. Including several tracks from the original ’99 S&M release as well as symphonic versions of new songs released since then, this theatrical release gives millions of fans around the world the chance to eclipse time and experience the show as a modern-day big screen concert.

Some serious headbanging came during the nights 7th song; Moth Into Flame. Although one of Metallica’s later songs within their catalog, it has some very serious marching riffs in it. So much so that the audience in the theater were headbanging so hard and I honestly thought, yep this is where the mosh pit forms. It has to. It it doesn’t now, it won’t happen here tonight. Disappointingly it never materialized.
Three songs later, the first set was over. It felt a bit fast. Enjoying the moments too much, that’s why.
The second set started with the San Francisco Symphony showcasing their amazing talents without the band. They played; Scythian Suite, Op.20 , Second Movement; by Sergei Sergeyevich Prokofiev. A beautiful piece. The SFS then played (covered) an original piece by Alexander Mosolov; Iron Foundry with the band. A ramped uptempo piece that had many fans screaming Metallica!!
Things seemed a bit slower in the second half. Audience members wanted to rock out with some familiarity. Ants in the pants part two. Understandable, but most have to realize they were being treated with an ooze of musical brilliance here. This wasn’t just thrown together, this was pure classic, etched in time moments from one of the greatest rock bands to have ever graced a stage along with the brilliance of classically trained musicians of the San Francisco Symphony. Poetry here. The audience was then turned to familiarity when the bassist of the SFS came on stage to play one of the most amazing covers of the late Cliff Burton (Metallica bassist who died in 1986) to a musical masterpiece; (Anesthesia) Pulling Teeth. It was mind blowing how rich it came across. Close your eyes and Cliff was in the house. Drummer Lars Ulrich joined in the last third of the cover. Simply outstanding.
Finishing out after the show;  Wherever I May Roam, One (singalong in the theater), Master of Puppets (another singalong), Nothing Else Matters. The night ended with Enter Sandman. Theater screaming “Exit light, exit night…..we’re off to never never land!”
Never have I ever had so much fun in a movie theater watching a film. Now I know what it must have been like for the Rocky Picture Horror Show fans. Everyone participating, as a unit, as one. All there to have a fun time, no bs.
Band members were 100% on point, as usual. I cannot think or recall a moment in time these guys had a bad performance. Lead singer James Hetfield, dare I say it, almost sounds better vocally today than he ever has in his entire career. Lars Ulrich pounds feverishly on the drums as though he’s a teen again. As always sounding great. Guitarist Kirk Hammett is brilliant in every way possible. An amazingly disciplined player along with his amazingly disciplined counterparts. Robert Trujillo (bassist) adds the much needed thumping in the background. We all love Rob.
If you are on the fence about seeing this film, get up and go. If you’re a music fan and like rock and roll, go. If you’re not sure what Metallica is or what they are or what they sound like, go. This film is shear brilliance and features the best rock band that has ever played. Ever. Yes, I said it.

TPC Rating: 5 Trending Arrows up (out of 5) from Trending Pop Culture.