It looks like the early holiday Hulk cover was part of a larger piece!

Get a look at the whole thing inside!

Marvel is proud to unveil both interconnecting Hulk Santa Variant covers from superstar artist Ed McGuinness, exclusively on Hulk #18 and Fall of The Hulks Gamma! 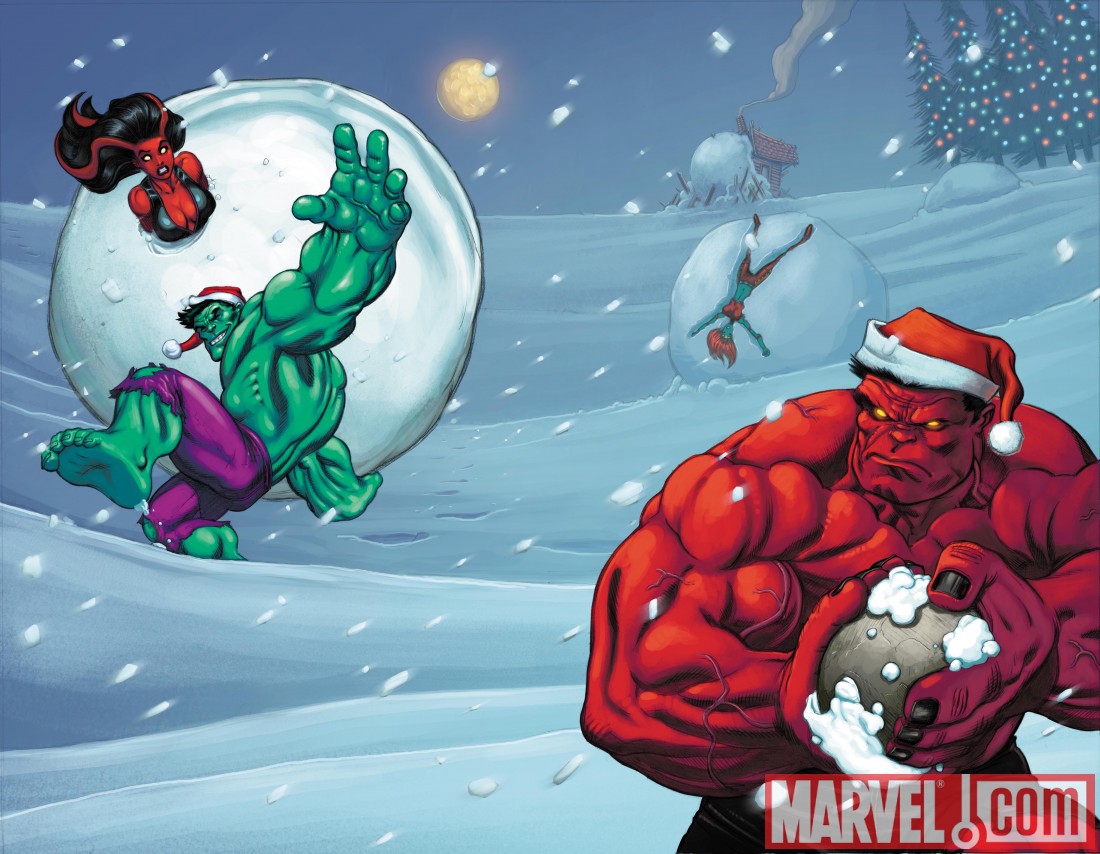