The NEW YORK POST has revealed a first look (though heavily shadowed, and covered in magical lightning) at SHAZAM! (formerly Captain Marvel) in the new DCU. Shazam! will start as a back-up feature in JUSTICE LEAGUE, beginning in issue #7, though writer GEOFF JOHNS assures us SHAZAM! will have a much larger role in the new DCU, thereafter. 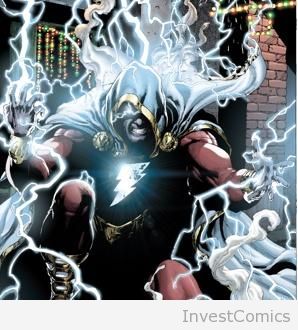 The SHAZAM! back-ups will be written by Geoff Johns with art by Gary Frank.