Beth Widera is the owner and director of the Orlando MegaCon, the largest comic book, sci-fi convention in the Southeast United States. She started directing the convention in 1999, and in 2004, she purchased it, and has been running it as a family-operated business ever since. A new person in the field of comics, Beth was amazed at how many new friends she made and how willing people were to guide her and the show in the right direction. She attributes the show’s incredible growth and success to this.

Deeply committed to its principals, Beth has supplied the Hero Initiative with free booth space and numerous amenities every year at MegaCon. She is a firm believer in giving back to people and to the industry that has given so much to her. Beth has an Associate’s degree in Marketing and a Masters degree in Education.

Andra Walt: When did Megacon begin, and when did you become involved with the show?

Beth Widera: Megacon was started by a gentleman named James Brietbiel in 1993.  I became involved when I went to work for CrossGen in 1999.

AW: Beth, you have a master’s degree in education, how long did you teach and what was subject taught?

BW: I mostly taught 4-5th grade but I also taught a short time in middle school, kindergarten and 1st grade. I taught all subjects.  My master’s degree was in English as a Second Language and Elementary Education. For many years I taught children who spoke a language other than English at home.

AW:How did you become involved with CrossGen Comics in the 90s?

BW: Mark Alessi was a friend of my sister.  She introduced me to him when I was visiting her from Vegas.  I taught school in Nevada for six years.  When he found out I was moving back to Florida he offered me a job running the education department at CrossGen.

AW: You were part of a project at CrossGen that created teaching materials based on CrossGen comics, how did this project come about?

BW: The educational program was always going to be a part of CrossGen. It is the reason I was hired.  I used to use comic books in my classroom, especially with my ESL students. Mark had me run Megacon to give me something to do until we had enough comic book content to start on the teacher’s guides.

AW: After the collapse of CrossGen, has anyone taken up the reins on this endeavor?

BW: I believe that someone told me Disney has adapted part of the project, but I am not really sure.

AW: Do you feel there is a place for comics in the school or library systems?

BW: Yes, I strongly believe there is.  The pictures help students figure out what the words mean.  If you have a student that is struggling and is older you can’t start them with picture books. It would be too embarrassing.  Comics give you an avenue of pictures in a median that students aren’t embarrassed to read and the vocabulary used in comics is incredible.

AW: Do you think comic companies are doing enough to reach younger readers?

BW: Yes, I do they have many comics specifically for the younger reader like; Archie, Franklin Richards and the Fantastic Four, Legion of Super-Heroes and many more.

AW: After the end of CrossGen’s involvement with MegaCon, what did you need to do to keep Megacon  going?

BW: I just needed to keep doing what I did prior, which was listen to what the attendees wanted and try to get it for them.

AW: Who are the main players on the Megacon team?  How did you put together your team? 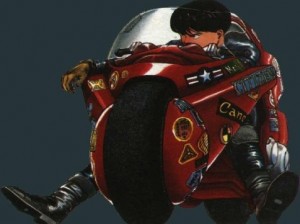 BW: The main players are two people, myself and my daughter Christine.

AW: MegaCon attracts a very diverse crowd of fans, how do you manage to program to such diverse tastes?

BW: When I first started running the show I realized that we had to do more than comics and that comics, gaming, anime, science fiction/ fantasy where all interrelated in many ways.  I tried to find that crossover and move the show in that direction.  Also, I looked at who was coming and tried to find events I thought they would enjoy. Like the kids area etc.

AW: Last year’s crowd was incredible!  Can you tell me approximately how many people attended, and what are your expectations for this year? 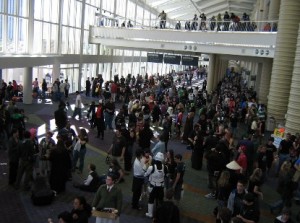 BW: We had a big spike in attendance last year.  We had a three day count of a little over 42,000.  I never try to speculate our numbers.  I can tell you that we have never gone backwards since 1999.

AW: Over the years it seems MegaCon only gets bigger, what do you think the key is to your success, even in these hard economic times?

BW: I think people are looking for an inexpensive way to have fun and our ticket price compared to other shows our size is very reasonable.  Where else can you go for a full day for $25?

AW: What goes into your selecting guests for the show?  How do you determine who to invite?

BW: For Comic Guests: We try and get people that our attendees have requested.  We read every email we receive and we listen.

For media: We try to stick to a theme and bring in several people from that theme.

AW: Do you set up all the panels, or do the attendees specify what they want the panels to be?  Or, is it a little of both?

BW: A little of both

AW: How long is the planning period for Megacon?

BW: It truly takes a whole year. With just the two of us for the planning stage it takes quite a bit of time.

AW: Do you pay for celebrity guests to attend, or is there a standard contract where they agree to charge a certain amount for autographs, photo-ops, etc. to offset their fees?

BW: That just depends on the guest.

AW: Unfortunately Kate Mulgrew canceled her appearance this year.  How do you handle situations like that when a headlining guest backs out?

BW: There isn’t much we can do but announce as soon as we find out.

AW: How do you determine how many guests to have?

BW: We generally stay about the same every year, but some years may vary depending on the cost of each individual guest.

AW: A guest like Stan Lee creates massive lines and crowds, what goes into controlling such large groups of fans?

BW: Making plans ahead of time and good line control people.  We have some years that work better than others. 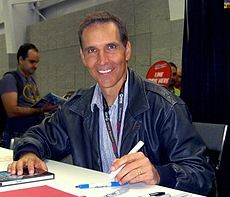 AW: Does Megacon provide the security for certain guests?

BW: We provide security for the entire event including the guests.

AW: I see you have changed the way people enter the convention hall this year, what lead to that decision?

BW: Too many people in the main lobbies

AW: Do you partner with the Hotels/Motels that you promote on your site?  How does this work?

BW: We work with a group called Conference Direct that negotiates are housing contracts.

AW: What are the dates of Megacon, and what are the ticket prices?  How do people find you on the Web?

All prices include 6.5% sales tax

Thank you so much for stopping by Beth. We’ll see you at MegaCon!