PRESS RELEASE – SAVAGE DRAGON’S  DART DEBUT HITS A BULLSEYE WITH A FULL SELLOUT AS ITS 150th MILESTONE BLOWS UP TO ONE HUNDRED PAGES!
SAVAGE DRAGON #149 faces a near-immediate complete distribution level sell out as SAVAGE DRAGON #150 expands to over one hundred pages at no extra charge!

"I knew Dart was going to be a big deal for SAVAGE DRAGON and it looks like fans reacted well," Larsen said. "She’s going to be playing a very significant role in the road ahead, especially in the fallout of our monster sized next issue. #150 will prove to be a major turning point in the live of our Chicago’s finest, so much so that keeping it at sixty four pages wasn’t enough. Fans who jumped on with Dart’s appearance will be very happy with the bulked up hundred page issue." 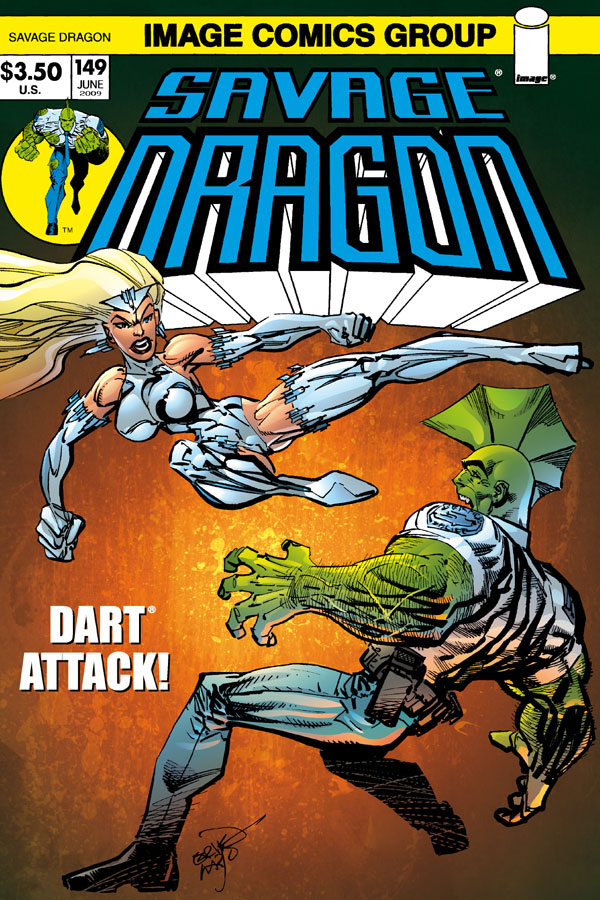 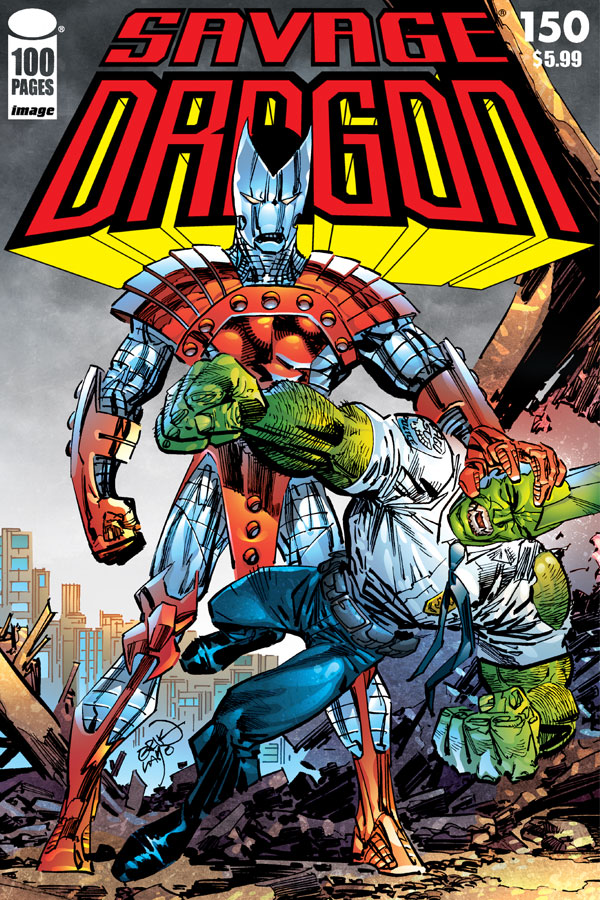