Can Obama be far behind?

Only the First Dog of the United States can help Marvel’s greatest (and furriest) heroes save the world in Lockjaw & The Pet Avengers #3, on-sale today at comic shops nationwide! The critically acclaimed team of Chris Eliopolous and Ig Guara present the penultimate chapter of the limited series that everyone from The New York Daily News to Wired can’t stop talking about! The Pet Avengers must make their way to Washington DC —but how do you sneak a 300lb bulldog and a saber-tooth tiger (not to mention a frog wielding a hammer!) into the White House? And which major Marvel villain is on their trail?

“When Chris and I were putting the book together, we thought of all the cool places the PAs could go and meet other powerful animals…the moon, the Savage Land, the bottom of the Pacific Ocean, the Jurassic Era…and then we thought, well, shouldn’t they go meet the most POWERFUL animal in the world?” said series editor Nate Cosby. “Long story short, the Puppy-In-Chief plays a HUGE role in the Pet Avengers’ GREATEST BATTLE VERSUS…I’ve said too much.”

LOCKJAW AND THE PET AVENGERS #3 (of 4) HENRICHON VARIANT 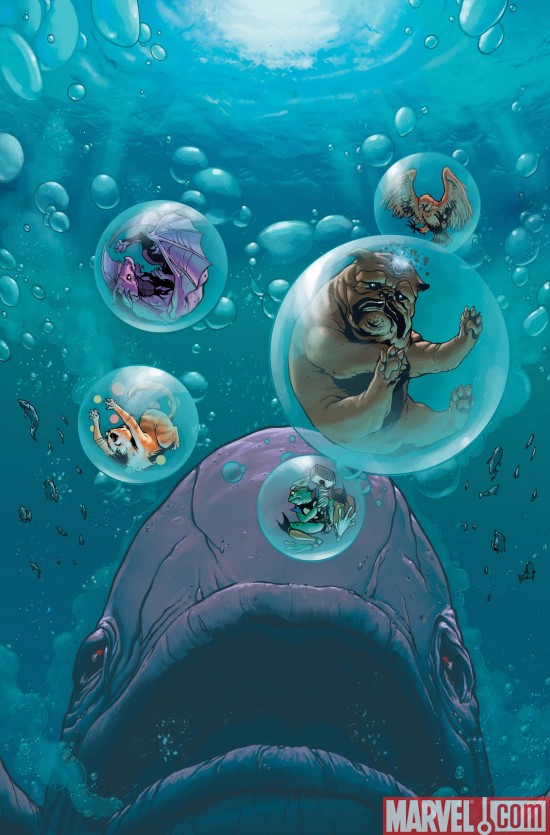 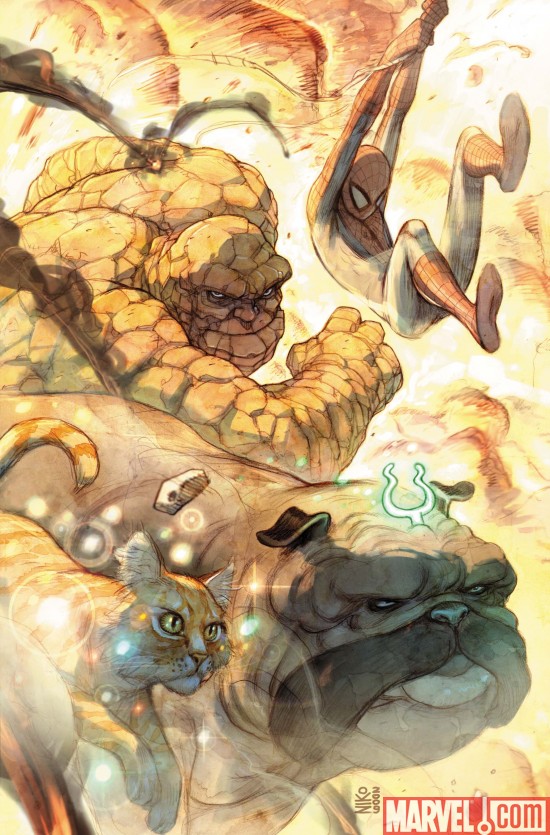