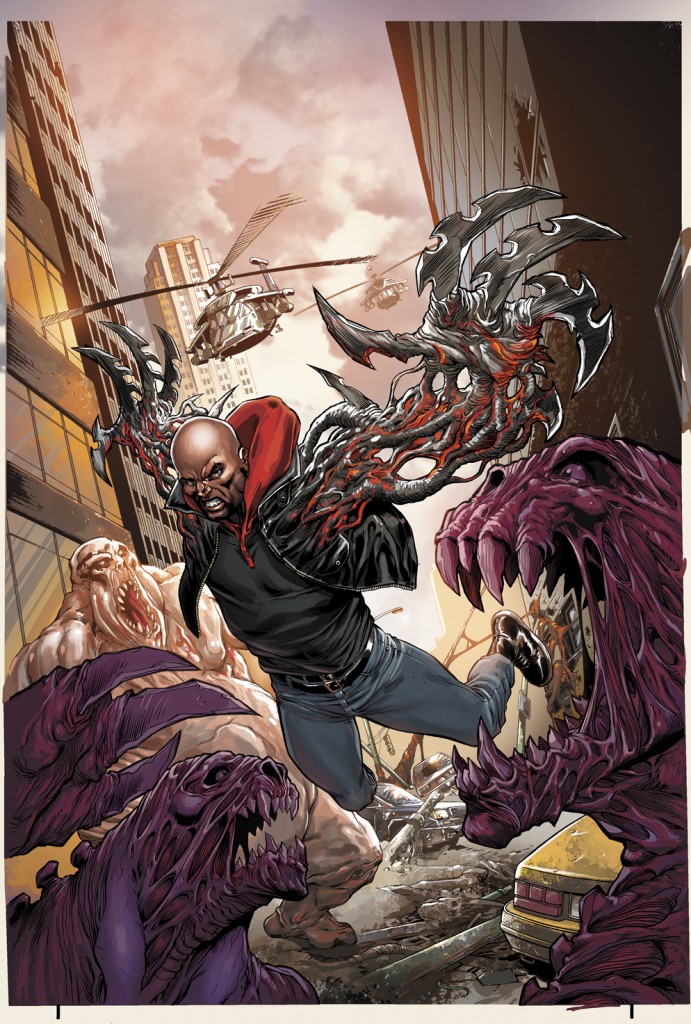 Santa Monica, CA – January 17, 2012 – Radical Entertainment, the creators behind one of 2012’s  most anticipated open-world/action games – PROTOTYPE 2 – and Dark Horse Comics, the leading publisher of gaming comics and graphic novels, have joined forces to create an all-new comic series set in the PROTOTYPE universe.  With the game due out April 24, 2012 from Activision Publishing, Inc., a wholly owned subsidiary of Activision Blizzard, Inc. (Nasdaq: ATVI), fans looking for a jumpstart at getting a deeper look into the world of PROTOTYPE 2 should keep an eye out for this exciting collaboration launching February 15, 2012.

The all-new digital comic series will be broken into three original stories that bridge the gap between the original blockbuster game and the highly anticipated sequel, PROTOTYPE 2.  The first entry, “The Anchor,” illustrated by Paco Díaz, continues the story of Alex Mercer, the protagonist from the first game, while the
second story, “The Survivors,” illustrated by Chris Staggs, follows a small group of residents of New York trying to escape the city after it has been transformed into NYZ with the outbreak of the Blacklight virus.  The third and final story, illustrated by Victor Drujiniu, is “The Labyrinth” and provides fans a deeper look into the backstory of PROTOTYPE 2’s new protagonist, Sgt. James Heller.  Each comic in the series will be available at Digital.Darkhorse.com every other week beginning February 15, 2012.

“We’re always looking for meaningful ways to expand the PROTOTYPE universe, and Dark Horse Comics is an industry-leading creative powerhouse delivering best-in-class graphic storytelling that integrates deeply to the core of our IP,” said Ken Rosman, Studio Head, Radical Entertainment.  “With this partnership, our fans will finally be given answers to some dramatic loose ends from the first PROTOTYPE game, as well as the truth behind Alex Mercer’s descent and evolution into a twisted shadow of his former self for PROTOTYPE 2.” 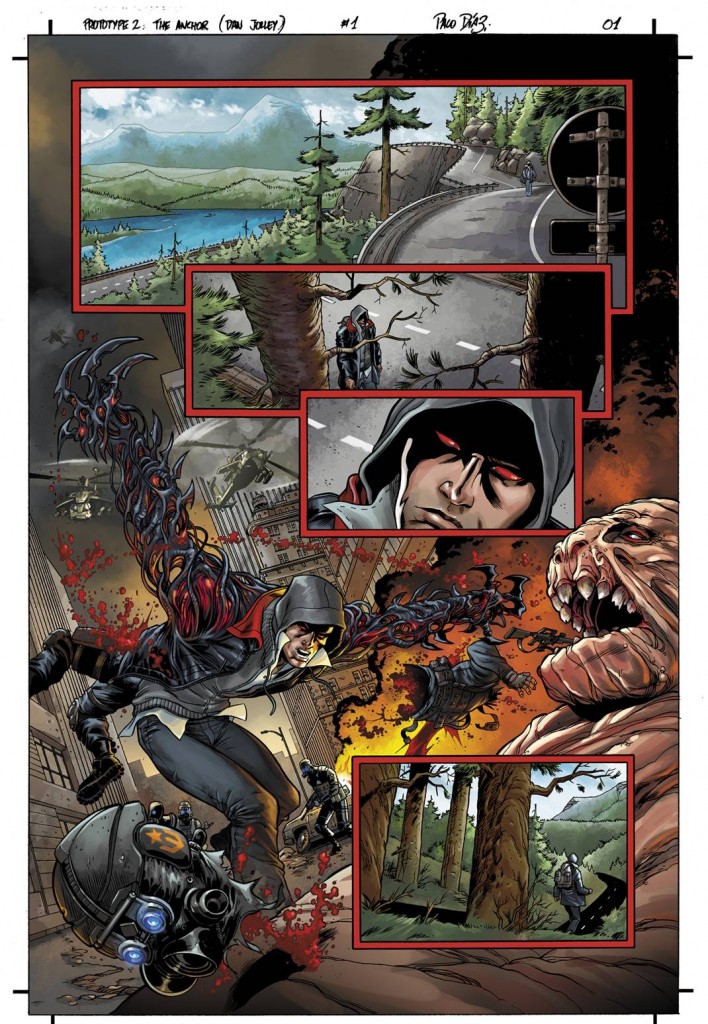 The sequel to Radical Entertainment’s best-selling open-world action game of 2009, PROTOTYPE 2 takes the unsurpassed carnage of the original PROTOTYPE and continues the experience of becoming the ultimate shape-shifting weapon.  As the game’s all-new infected protagonist, Sgt. James Heller, players will cut a bloody swathe
through the wastelands of post-viral New York Zero with unparalleled locomotion, building up a vast genetic arsenal of deadly, biological weapons and abilities as they hunt, kill and consume their way toward the ultimate goal – to kill…Alex…Mercer!

To find out more about PROTOTYPE 2, follow us on twitter at www.twitter.com/radical_ent or check out www.prototypegame.com for the latest trailers, screenshots, special promotions and more!  And for the truly dedicated, go to www.facebook.com/prototype and join the PROTOTYPE Army – a community of over
360,000 (and growing) fans that receive constant updates from the team at Radical, and early sneak peeks at new information and assets.

About Radical Entertainment
In September 2011, Radical Entertainment celebrated its 20th anniversary in the business of creating hit video games, including 2009’s multi-million-unit-selling PROTOTYPE, The Simpsons Hit & Run, The Incredible Hulk: Ultimate Destruction, Scarface: The World Is Yours and more.  We treat our properties with the reverence they deserve and gamers demand, and the commitment to our partners and fans continues to set us apart.  Our Vancouver-based studio allows Radical Entertainment to bring the talent, tools and technology together to create entertainment that captures the world’s imagination. Owned by Activision Publishing, Inc, Radical is
continually ranked as one of the best places to work in B.C, according to BC Business magazine and Watson Wyatt.  In 2006-2008 MediaCorp Canada ranked Radical as a Top 100 Canadian Employer, Top 10 Canadian Employer for Young People, and Top 20 B.C. Employer. For more information, please visit www.radical.ca.

Since 1986, Dark Horse Comics has proven to be a solid example of how integrity and innovation can help broaden a unique storytelling medium and establish a small, homegrown company as an industry giant. The company is known for the progressive and creator-friendly atmosphere it provides for writers and artists.  In addition to publishing comics from top talent like Frank Miller, Mike Mignola, Neil Gaiman, Gerard Way, Will Eisner, and best-selling prose author Janet Evanovich, Dark Horse has developed such successful characters as the Mask, Timecop, and the Occultist. Additionally, its highly successful line of comics and products based on popular properties includes Star Wars, Avatar: The Last Airbender, Buffy the Vampire Slayer, Aliens, Conan the Barbarian, Mass Effect, Serenity, and Domo. Today, Dark Horse Comics is the largest independent comic-book publisher in the United States and is recognized as both an innovator in the cause of creator rights and the comics industry’s leading publisher of licensed material.

Activision maintains operations in the U.S., Canada, the United Kingdom, France, Germany, Ireland, Italy, Sweden, Spain, Norway, Denmark, the Netherlands, Australia, South Korea, China and the region of Taiwan. More information about Activision and its products can be found on the company’s website, www.activision.com.