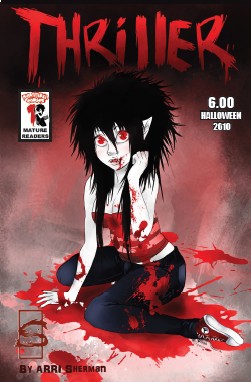 “Thriller” is the story of Noel’ a young vampire who is pledged to wed her step brother, she makes the decision to run away from the only life she knows and try to make a new life as a normal human teen-aged girl; Noel will not be alone in her journey she is joined by her zombie Shaman and Guardian Marak.

On her journey; Noel is hit by a car driven by drunken  high school kids coming home from a party; in the accident Noel lies dying in the road her only option is to drink the blood of one of the passengers; afterward Noel wipes the kids minds of what has happened.

Noel continues her journey into the life of being human and enrolls into the local High School where she confronted by Jake Garth one of the kids in the accident; he reveals to Noel that he remembers what happened that night and if she does not do what he asks he will reveal her secret to the world. 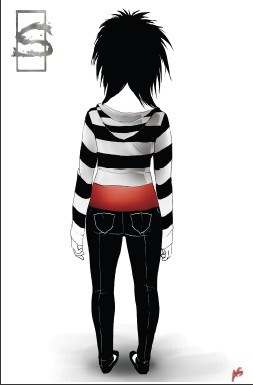 Be sure to visit Arianna Sherman at the SAC Horror/Sci-Fi Convention September 25th-26th and talk about her new comic “Thriller”.