At NYCC, DC announced that SCOTT SNYDER, the writer behind the best selling BATMAN, and JIM LEE the artist behind…really? Do I HONESTLY have to tell you who Jim Lee is?…anyway, they’ll be teaming up for a new SUPERMAN ongoing for the new 52 in 2013. 2013 is also Superman’s 75th anniversary, and when the new MAN OF STEEL film will reboot the movie franchise.

The new book, at this point, has no title, but Lee and Snyder promise all the classics Superman characters, some new ones, and even…you guessed it…Bruce Wayne.

In the same panel, Snyder discussed how he feels Superman’s greatest strength and greatest weakness are his need for restraint.

ON DC’s blog, Lee was quoted with:

“As a huge fan of Scott’s writing, I’m looking forward to drawing Superman as much as I am reading Scott’s story as it unfolds. Scott’s crafted a truly epic yet personal story which will demonstrate without a doubt why Superman remains the most iconic hero of the modern age. 2013 is gonna absolutely rock!”

“I’ve loved Superman since I was a kid, and to be working on him now, with the great Jim Lee, is simply too thrilling for words. It’s a dream come true for me on every front,” Snyder said. “I don’t want to give too much away, so I’ll just say it’s the Superman story I’d write if I only ever got one chance to write the character. It’s an exploration of everything I love and am fascinated by about him. Like Court of Owls for Batman, it’s a character piece for Clark – it’s going to challenge him to his core. And it’s definitely epic in scope, with huge action and drama – the biggest and most earth shaking action I’ve ever done. Can’t wait to see what you all think of it. Couldn’t be more grateful or excited to get the chance to make this one!”

But, fear not Snyder bat-fans! The author assures us that he will NOT be leaving BATMAN anytime soon, nor will he abandon AMERICAN VAMPIRE, his Vertigo title.

I’m sure DC will have more on this it progresses. 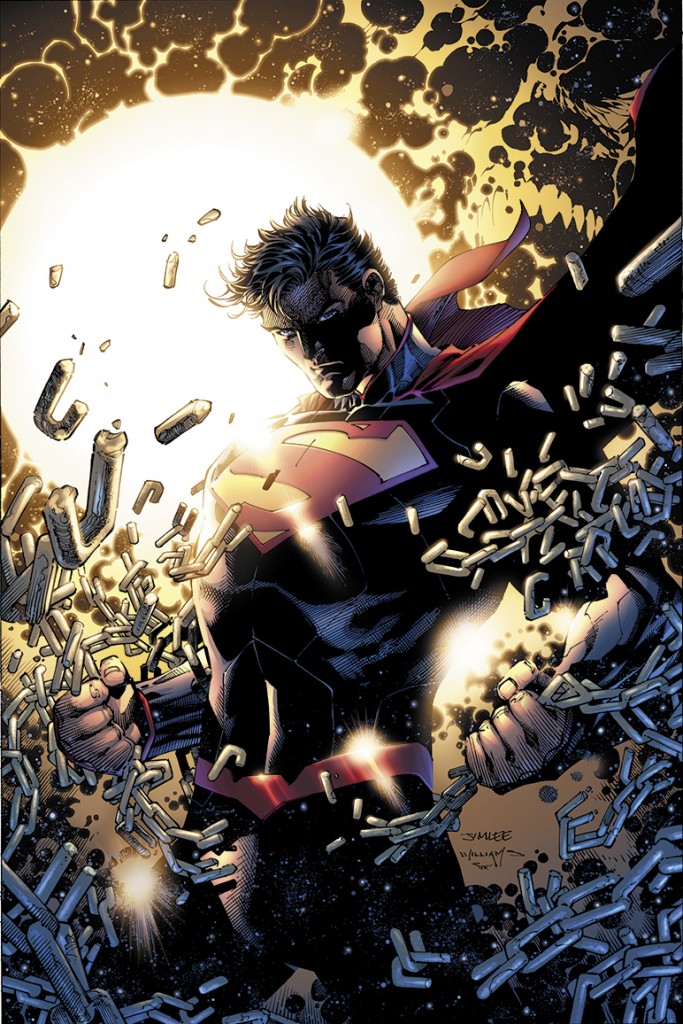