That’s right.  The event that will put an end to the Dark Reign and set us on a new path for the Marvel Universe (one supposedly free of mega events for the forseeable future) has sold out and is ready for a second printing.

It’s not that surprising, actually.

Siege Begins With A Sell Out & New Printing!

The biggest comic book event of the event began in Siege: The Cabal and Marvel is pleased to announce it will return with a new printing following a quick sell out at Diamond (though copies may be available at the retail level)! Siege: The Cabal Second Printing Variant, from the red-hot creative team of Siege mastermind Brian Michael Bendis and acclaimed artist Michael Lark, presents the battle you demanded—Norman Osborn versus Doctor Doom! As two of the most powerful villains in the Marvel Universe come to blows, what does this mean for the future of every hero? Siege: The Cabal Second Printing Variant features the stunning interior of art of Lark on the cover and arrives in stores the same day as Siege #1!

“Overall Siege: The Cabal sets the stage for the main event quite well. Bendis’ story left me with just the right amount of questions while still providing an enjoyable one-shot story.”—Tim Lenaghan, IGN.Com

“Lark and Gaudiano do an excellent job bringing a high level of realism to the proceedings without losing the element of the fantastic that is necessary.”—Paul Brian McCoy, ComicsBulletin.Com

Marvel urges retailers to check their orders on all Siege tie-ins as the series continues to draw buzz and generate immediate sell outs! The Marvel Universe is about to change forever and it begins in Siege: The Cabal Second Printing Variant! 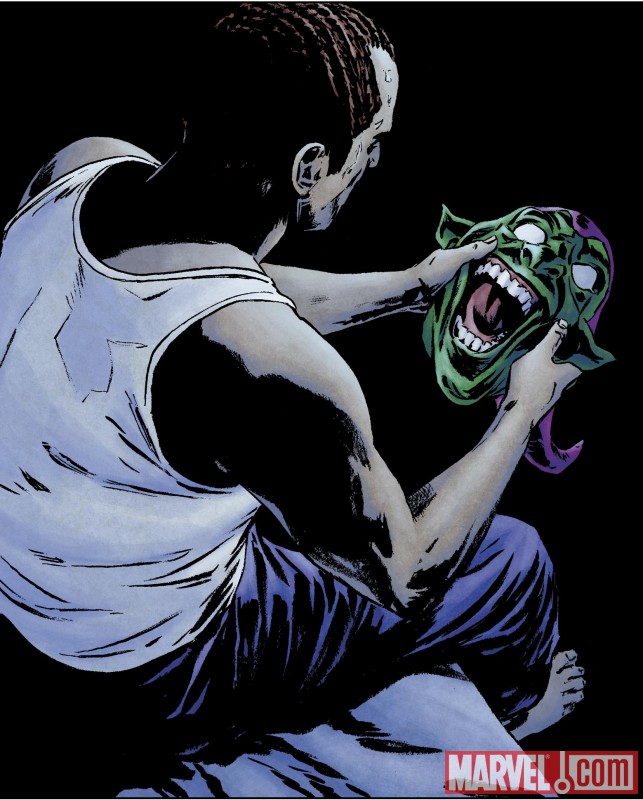