Warwick, RI: In honor of the 5th annual New York Comic Con, comic promoter Susan Soares has announced plans for the company’s first appearance as an exhibitor. Soares, who owns SJS Comic Promotions, will be hosting six of her clients, some of whom will be debuting new and exclusive properties. Slated to appear at the SJS booth include: 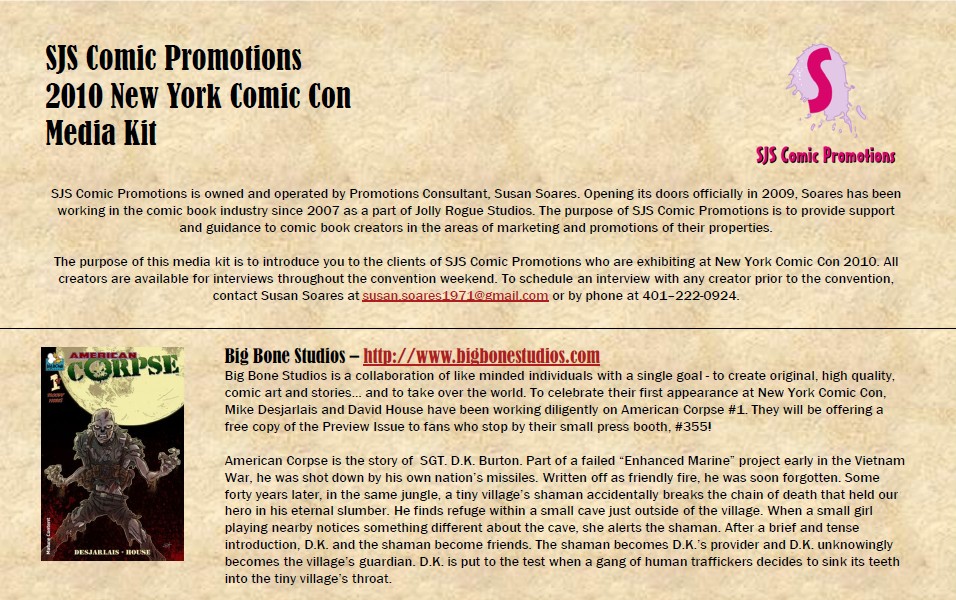 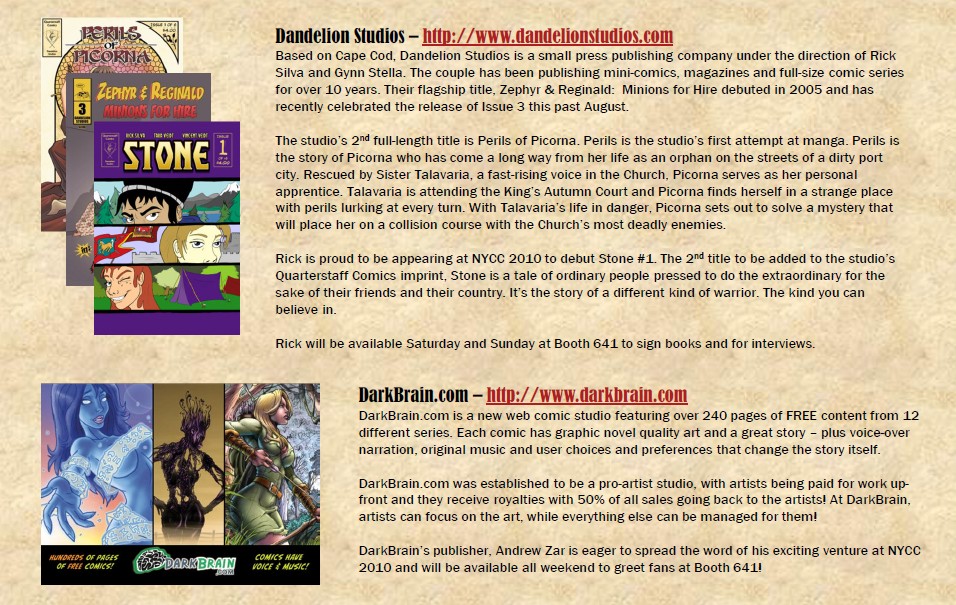 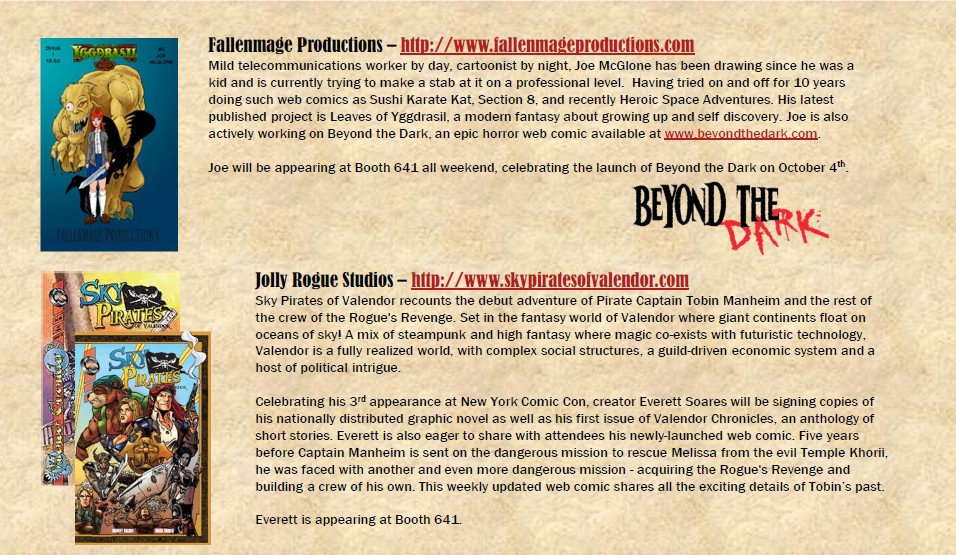 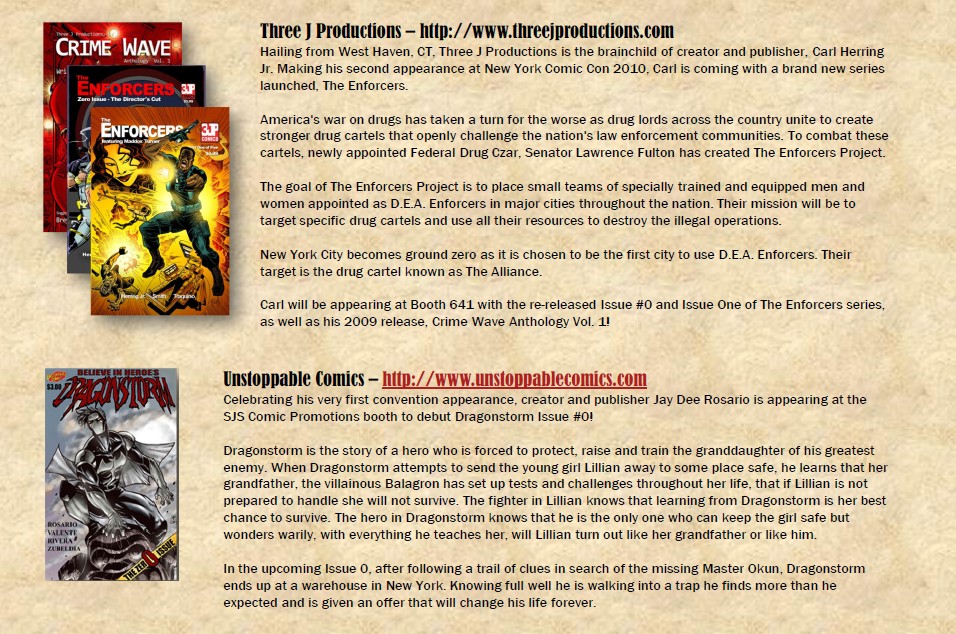