Lets be honest who doesn’t have a special place in their heart for “The Boys”  What is “The Boys”????  The series is set between 2006-2008 in a world where superheroes exist. However, most of the superheroes in the series’ universe are corrupted by their celebrity status and often engage in reckless behavior, compromising the safety of the world. For this reason, a super powered CIA squad, known informally as “The Boys”, is charged with monitoring the superhero community.

PARADISE COMICS WILL BE ACCEPTING BOOKS FOR CGC SIGNATURE SERIES AT THIS EVENT
The comic books will be signed in the presence OF an authorized CGC witness andwill be sent directly to CGC for Grading.

Stay tuned for more signing announcements involving San Diego Comicon International Coming Soon
To stay up-to-date with Paradise Comics In San Diego  its events, sales and signature opportunities contact us at info@paradisecomics.com
or on
Facebook at http://www.facebook.com/#!/pages/Paradise-Comics/134743029928640
Or with:
Twitter @ParadiseComics
PARADISECOMICS.COM 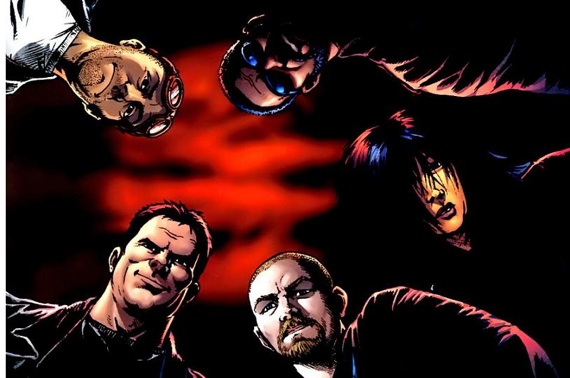