Stan Lee will be at Marvel’s big booth during San Diego Comic-Con.

Wanna meet The Man?  Check inside. 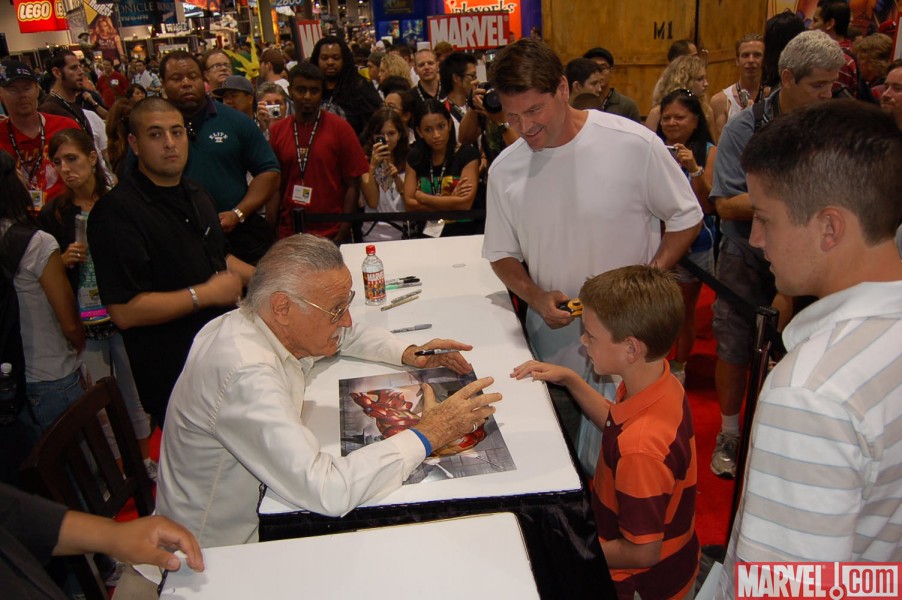 Marvel fans, do you want to meet Stan “The Man” Lee? Will you be at Comic-Con International in San Diego ? Then you’ve gotta be at the Marvel Booth (#2429) on Friday, July 24th for a one-of-a-kind signing event! So just how do you meet one of the most legendary creators in comic history?

Starting at 9am on July 24th, come by the Marvel Booth to receive a ticket (no purchase necessary) for a random drawing to meet Stan Lee. Shortly thereafter, Marvel will conduct the drawing and if you’re one of the lucky fans whose ticket is randomly pulled, you will receive a special pass to meet Stan Lee and have one item signed during his appearance at the booth from 1:30-2:00, later that day.

“There’s no bigger rock star in comics than Stan Lee,” said Tim Dillon. Manager of Business Development, Marvel Entertainment Inc. “We’re proud to have him at The Marvel Booth and we hope to see you there! This is only one of the many surprises we’ve got planned all week long!”

Make your Comic-Con one to remember! Stop by the Marvel Booth (#2429) for your chance to meet Stan Lee on Friday, July 24th!