Marvel gathers a bunch of indie comic talents and has them explore the Marvel Universe!

What’d they come up with?

Just what does Peter Bagge have planned in “The Incorrigible Hulk”, a story so incredible that we had to serialize it over all three issues? Will Spider-Man make it out alive of Jason’s thrilling story? This first issue comes wrapped in a marvel-ous cover by Paul Pope and Jose Villarubia!

“Flat out, this is the apex of human artistic achievement. This is it. The end. The crowning result of tens of millions of years of evolution, right here, in three packed-to-the-gills issues,” said Editor John Barber. “The philosophy of the book was to have these creators from ‘indy’ or ‘alternative’ or “literary” or ‘art’ comics come in and do what they do best. I think Marvel readers will really dig seeing radically different versions of their favorite characters, and the fans of these cartoonists will get to see the creators work in a milieu they never thought they’d get to see. It’s win-win. It’s really the best of both worlds.”

Editor Jody LeHeup added, “This book is a metric ton of solid gold awesome. The talent we’ve got lined up are without hyperbole some of the greatest creative minds working in comics today. I mean, who wouldn’t want to read a Spider-Man story by Jason? Or an Iron man story by Tony Millionaire? Or anything by any of the contributors we’ve got attached to the project? I’ve been reading independent comics my whole life and I’ve always wanted to see what those creators could do with Marvel characters if they were given free reign to tell their stories. Well, now that vision’s becoming a reality and I can’t tell you what an incredibly special thing it is to see the final result. If you’re a fan of comics of any school, do yourself a favor and pick this up.”

Now’s your chance to experience the Marvel Universe through the eyes of the best and brightest indie talents! Don’t miss Strange Tales MAX #1 in stores this fall! 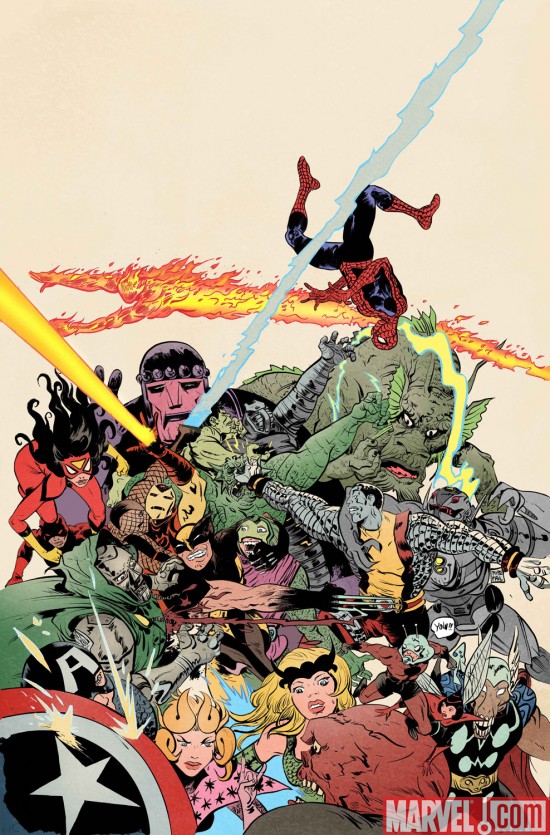