SUPERIOR #1 Sells Out And Returns With Second Printing!

After an overwhelming debut, Superior #1 has sold out at Diamond (though copies may still be available at the retail level) and will return with Superior #1 Second Printing Variant! From the superstar creative team of writer Mark Millar and artist Leinil Francis Yu comes the tale of one unfortunate boy who finally gets his chance at greatness! Witness the birth of Superior , the ultimate superhero brought to life! And with a brand new gorgeous cover by Yu, no fan can miss this chance to get in on this groundbreaking new series!

Look what the critics have to say about Superior:

“Millar is a master at getting all of his pieces in play before letting the action unfold. We care for Simon, we like Chris, we feel sorry for the mother, we hate the school bullies, etc. By the end splash page Millar has completely invested us in what’s going on.” – Iann Robinson, CraveOnline.com

“…what Millar is trying to do with most of his stories is convey a sense of fun.” – Johnny Destructo, AintItCool.com

Through what mystical force has the young Simon Pooni been granted the awe-inspiring powers of the legendary celluloid superhero Superior ? What will Simon do with this newfound power? Start your journey into the world of Superior with Superior #1 Second Printing Variant this November! 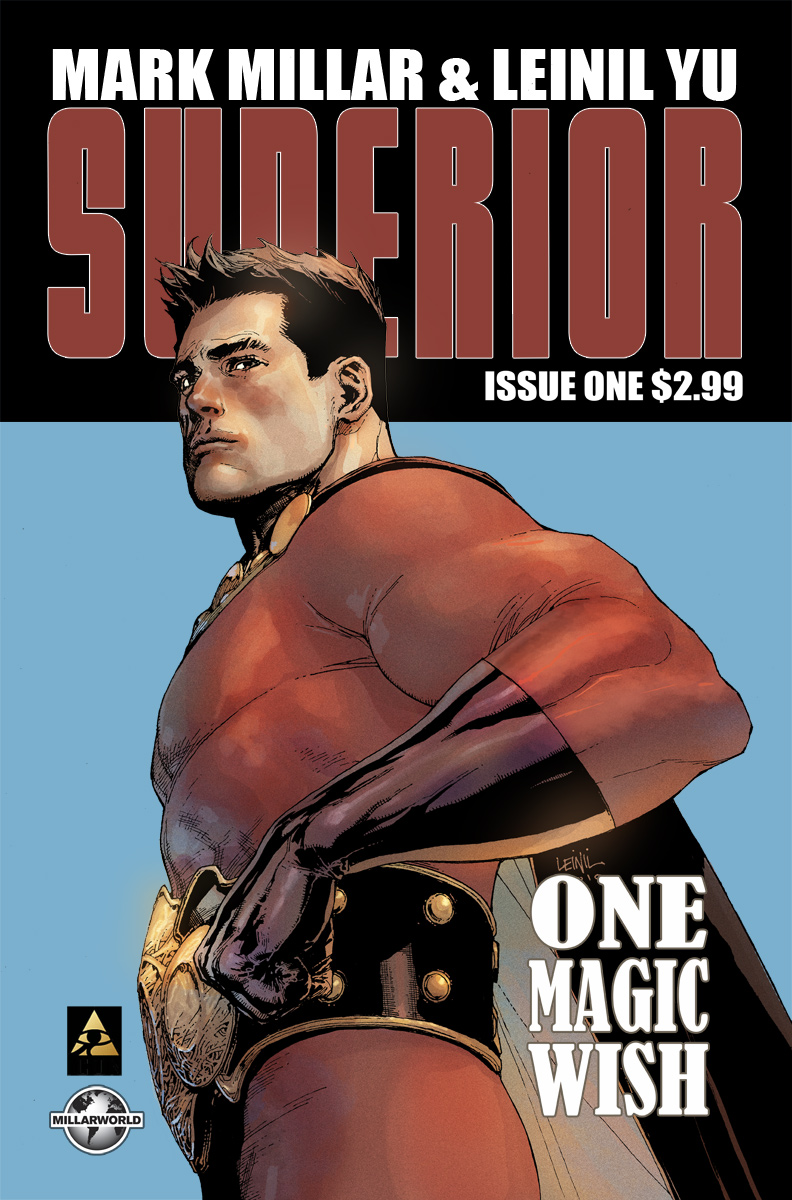