Each book by Larsson will be presented in two graphic novel volumes that will be available in both print and digital formats.  THE GIRL WITH THE DRAGON TATTOO volumes will be released in 2012, with volumes for THE GIRL WHO PLAYED WITH FIRE following in 2013, and THE GIRL WHO KICKED THE HORNETS’ NEST wrapping up the graphic novel series in 2014.

“The intricate characters and stories Larsson created in the Millennium Trilogy are a perfect match for the graphic novel format, where we can bring Lisbeth Salander to life in entirely new, visually compelling ways,” stated Dan DiDio, co-publishers of DC Entertainment. “It’s a distinct honor to work on a story that is already so popular with millions of readers around the world.”

“Stieg always liked comics and it will be exciting to see the unforgettable characters he created come to life on the comics page,” says Joakim Larsson, younger brother of the journalist and novelist whose untimely death in 2004 meant he didn’t see even the first book in the Millennium sequence published.

Stieg Larsson’s Millennium Trilogy is an international publishing juggernaut, with more than 60 million books sold worldwide and reaching the top of numerous best seller lists. Sales for all three books exceed 17 million copies in the U.S. alone, including digital sales of 3.5 million copies. Since September 2008, when THE GIRL WITH THE DRAGON TATTOO was published in hardcover, Larsson’s books have been a constant presence on bestseller lists across America. 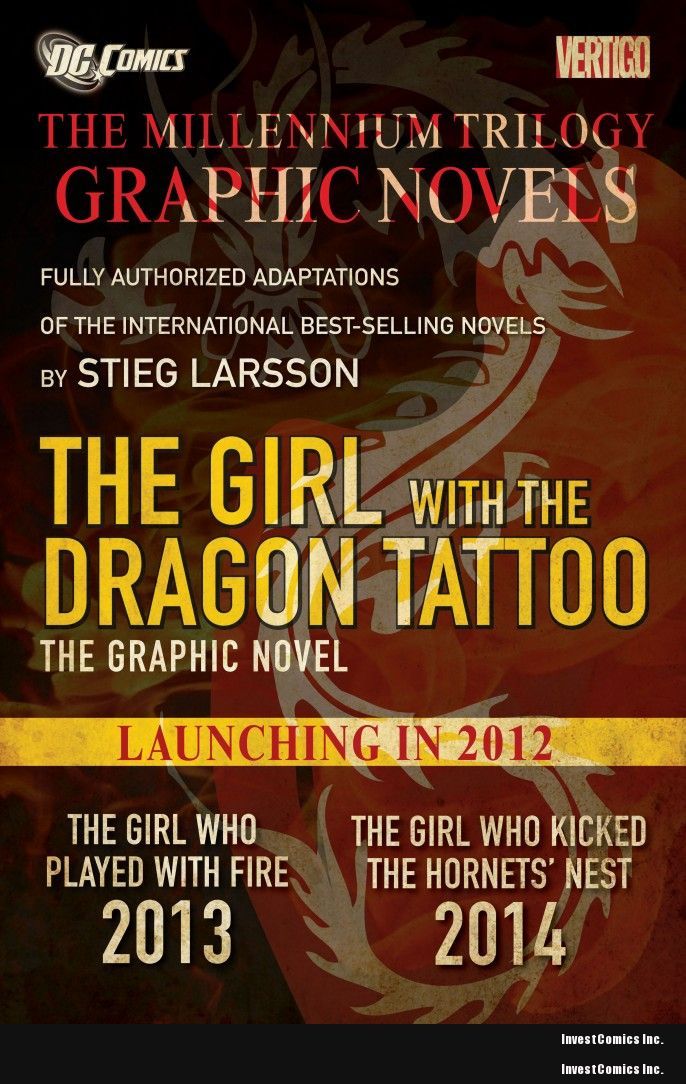