Titan Books has announced the publication of The Complete Flash Gordon Library. Compiling every strip and every story, this series of restored full-color hardcover volumes will showcase the action and artistry that thrilled audiences for decades.

Everyone knows Flash Gordon–the most iconic science fiction swashbuckler ever to burst forth from the newspaper pages. His adventures wielded so much energy that they inspired everyone who followed, no matter what the medium. Filmmaker George Lucas famously revealed, “Growing up in California, I was enchanted by two things…race cars and Flash Gordon. The first love I put to use in American Graffiti, the second eventually turned into Star Wars.”

Flash Gordon first hit superstardom in 1934 with his comic strip adventures, which continued unabated for seven decades. His influence spread like wildfire into every medium–films, television, novels, comic books, radio plays, and more. Every generation has had its incarnation of the character, and yet another major motion picture is reported to be in the works.

The mission of The Complete Flash Gordon Library will be to collect every strip and every story, offering them in affordable, full-color hardcover volumes, carefully restored and revealing the action and the artistry that thrilled audiences for decades. Through the painstaking efforts of renowned comic strip historian Pete Maresca, readers will experience the heroics of Flash Gordon, the beauty of Dale Arden, the evil of Ming the Merciless, and the exotic setting of the distant planet Mongo. Each installment will be meticulously reworked so that the intricate artwork, the vivid colors, and the unparalleled action will explode off of the page.

Beginning with the renowned stories written and illustrations by Alex Raymond–the genius behind the hero–The Complete Flash Gordon Library will continue with the other brilliant illustrators who took the helm and ran with his creation: Austin Briggs, Mac Raboy, Dan Barry, and many more. Each page will be 11″ x 10″ — specifically designed to spotlight the action-packed artistry of the creators, and each volume will feature 176 or more pages of full-color action. Volume One, “On the Planet Mongo,” will feature a foreword by renowned illustrator Alex Ross, and future installments will offer other special features revealing the secrets behind the strip and its creators.

The Complete Flash Gordon Library joins Titan’s other long-running newspaper strip collections including the critically acclaimed  Simon and Kirby Library, and the Modesty Blaise and James Bond 007 series. Once the library is complete, readers will forever thrill to an epic adventure unparalleled in American popular culture. 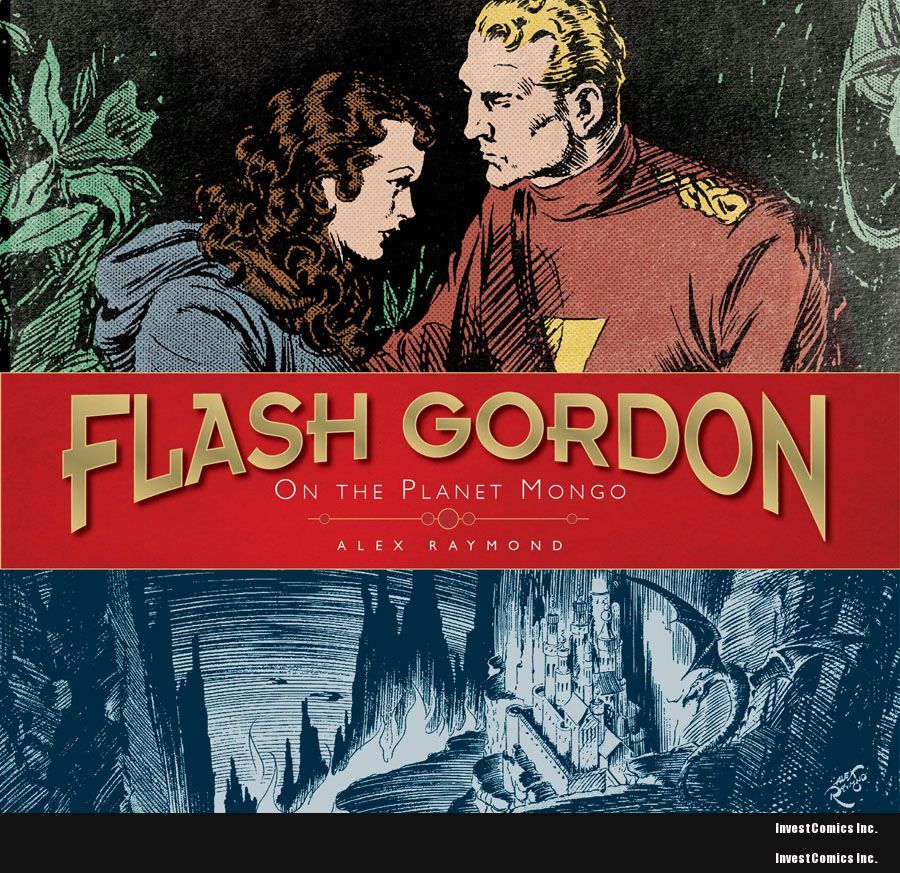