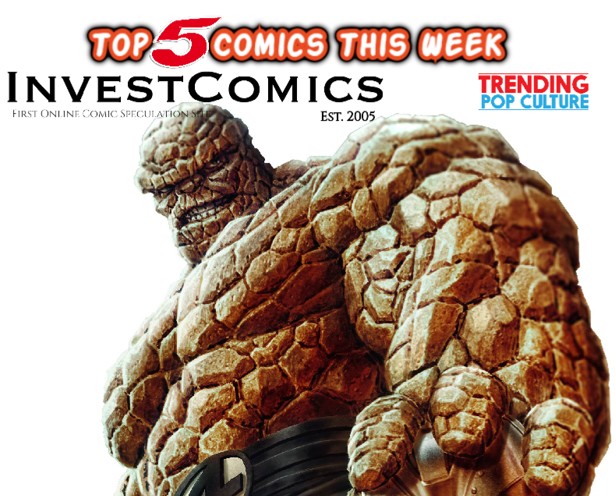 What’s The Furthest Place From Here #1 – New series from Image Comics. A triple-sized issue. Writer Matthew Rosenberg and artist Tyler Boss.
The Thing #1 – Marvel’s first family, receiving that love it once yearned for after Marvel (Disney) put them in the doghouse for many years. The reasoning is because the Fantastic Four was Fox Studios owned and they weren’t playing nice with Marvel Studios (Disney) in lending any of their 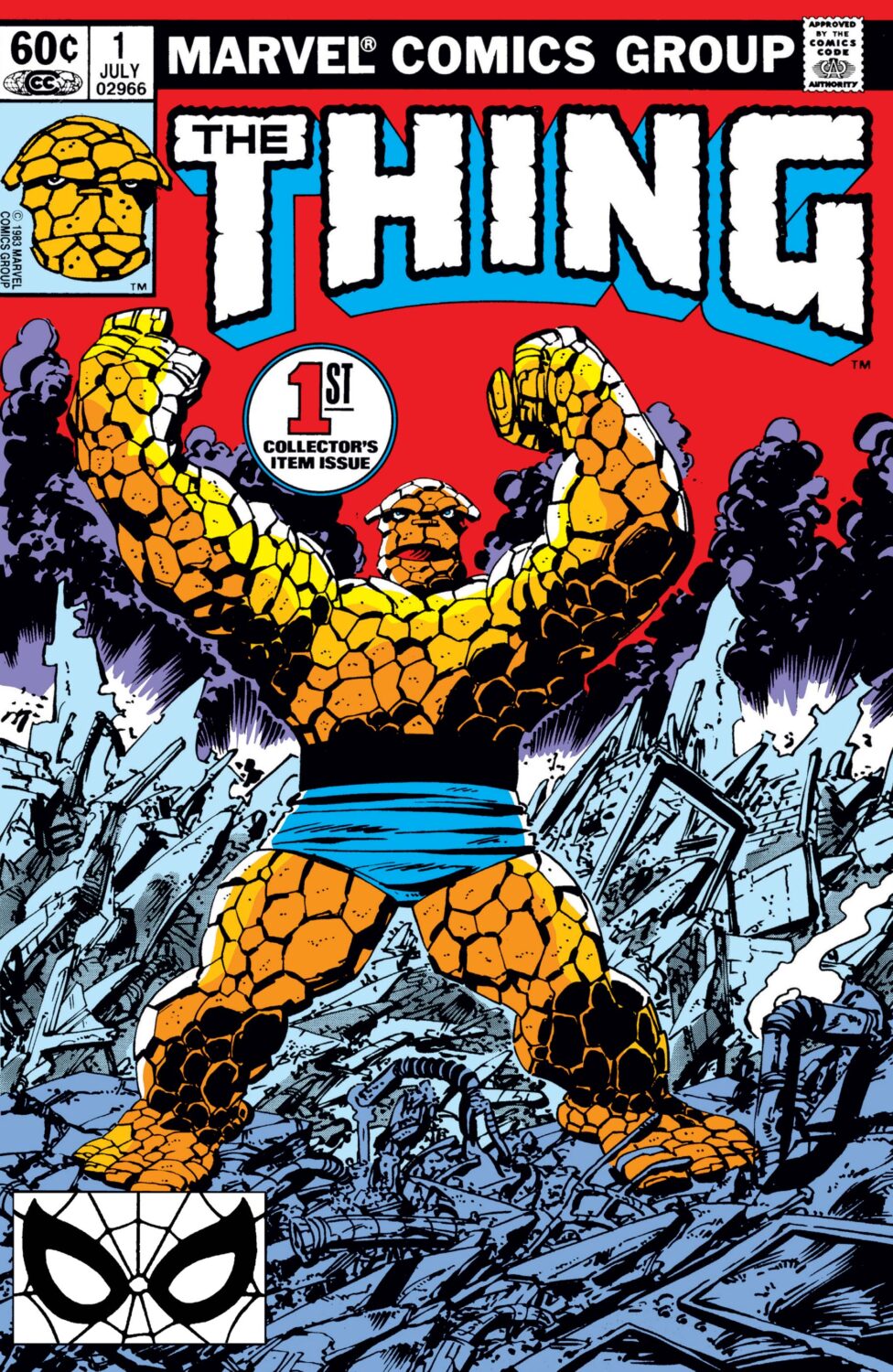 characters out or wanting to crossover their films. Sooooo, Disney acted out and essentially ripped the Fantastic Four from their comic book lineup. They simply wanted nothing to do in promoting the Fantastic Four to “help” any sales for Fox Studios. Disney eventually won, like they always seem to do, and bought Fox Studios. Disney owns full rights to the Fantastic Four franchise and is now forging ahead in promoting them once again. While this all occurred some time ago, a few years back, Disney has been on the cusp of having Marvel really push the Fantastic Four again. Of course for their own agenda. Maybe the Fantastic Four are finally going to make that film debut sooner rather than later? Wow, that’s a lot to get out in speaking about a new THING series. With the right direction, this character could make some noise in his own series. The last time the Thing was a relevant character was back in 1983 when his solo series (The Thing #1) was being steered by then (and still) legend creator John Byrne. Anything John touched was gold back then. While he was a mega-star/mega-talent, he was also a headache for Marvel. Many times butting heads with the higher-ups and his projects constantly getting canceled or new creators had to take over a series he was working on. Such was the case for the semi-hit Thing series he had in 1983. John started out on the series with promise and then the problems seem to have gotten in the way once again. Byrne went on to do issues here and there with his last official issue being number 22. The comic series ended at its 36th issue. The 1983 series was the Byrne telling of the Thing origin. A “Year One” vibe. This Wednesday, expect a new vibe to churn up for this character. With writer Walter Mosley and artist Tom Reilly, we are in for a treat.
Venom #1 – Writer Donny Cates brought the Venom character to new heights. It’ll be very difficult for any comic creator to follow up on it, but that doesn’t mean there won’t be anyone trying! Marvel will bring in the creative firepower to maybe have lightning strike twice. Writer Al Ewing brought the comic collectors into a tizzy with his Immortal Hulk series. He will bring that fire into a new Venom series. Marvel also brings in the once hottest artist of all, Bryan Hitch into the fold. The creative firepower is present and fans await with bated breath. This series is extremely, highly anticipated. We are all in here.
Robin & Batman #1 – What a neat idea DC Comics has come up with. Switch the usual title of Batman & Robin around to read Robin & Batman. Then solicit the comic as a Robin story about what HE is going through during the adjustment period of being Batman’s second fiddle. A superstar creative team of Jeff Lemire (writer) and Dustin Nguyen (artist) bring this soon-to-be interesting story into our hands. So much potential here.
Strange Academy #13 – The origin of Zoe Laveau. Much like our Alien vibe, we are on the same vibe here, but with a longer outreach. A huge speculative mindset. We’ve said since the release of the very first Strange Academy comic that this is right in the Disney wheelhouse and would make for amazing television, cartoon, or film. The same we said about the Power Pack kids more than ten years ago and rumors have flown ever since.

Click on ALL Red-Highlighted LINKS/Comic Covers, or items to BUY/BID from ALL available eBay sellers 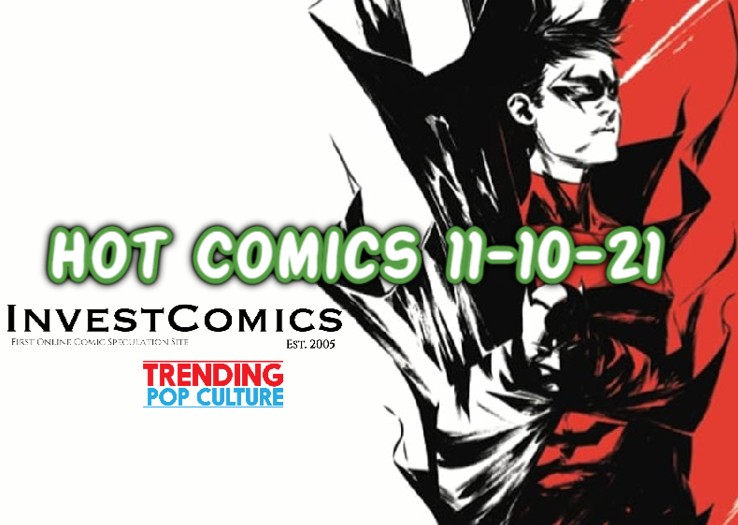 Click on ALL Red-Highlighted LINKS/Comic Covers, or items to BUY/BID from ALL available eBay sellers.
Here are the rest of the trending comics headed your way this Wednesday from our flagship article; Hot Comics 11/10/21. Also, check out our other posts this week—-> Best Cover Art 11/10/21 and Trending Collectibles 11/10/21. 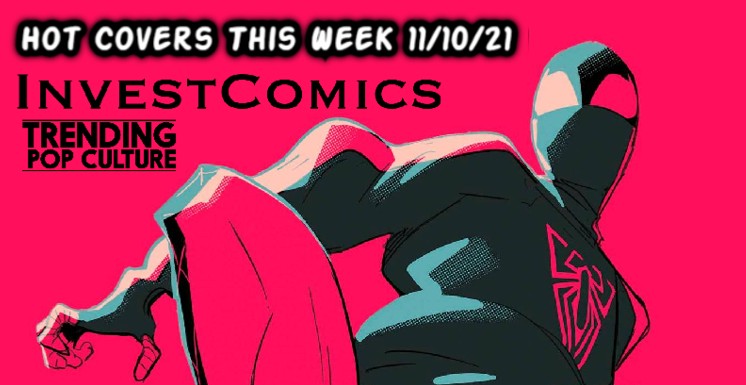 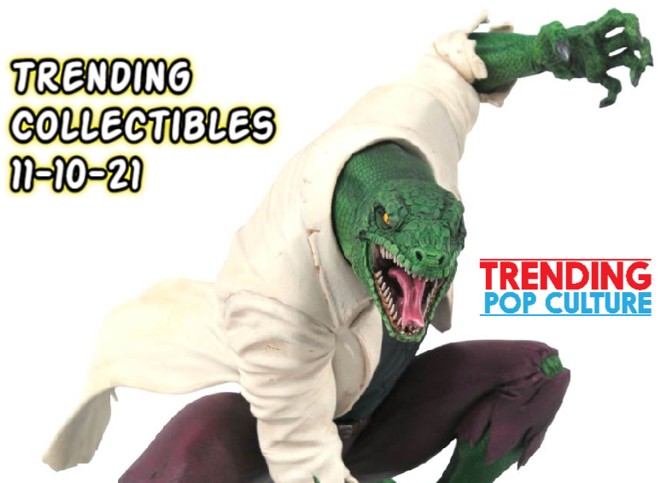