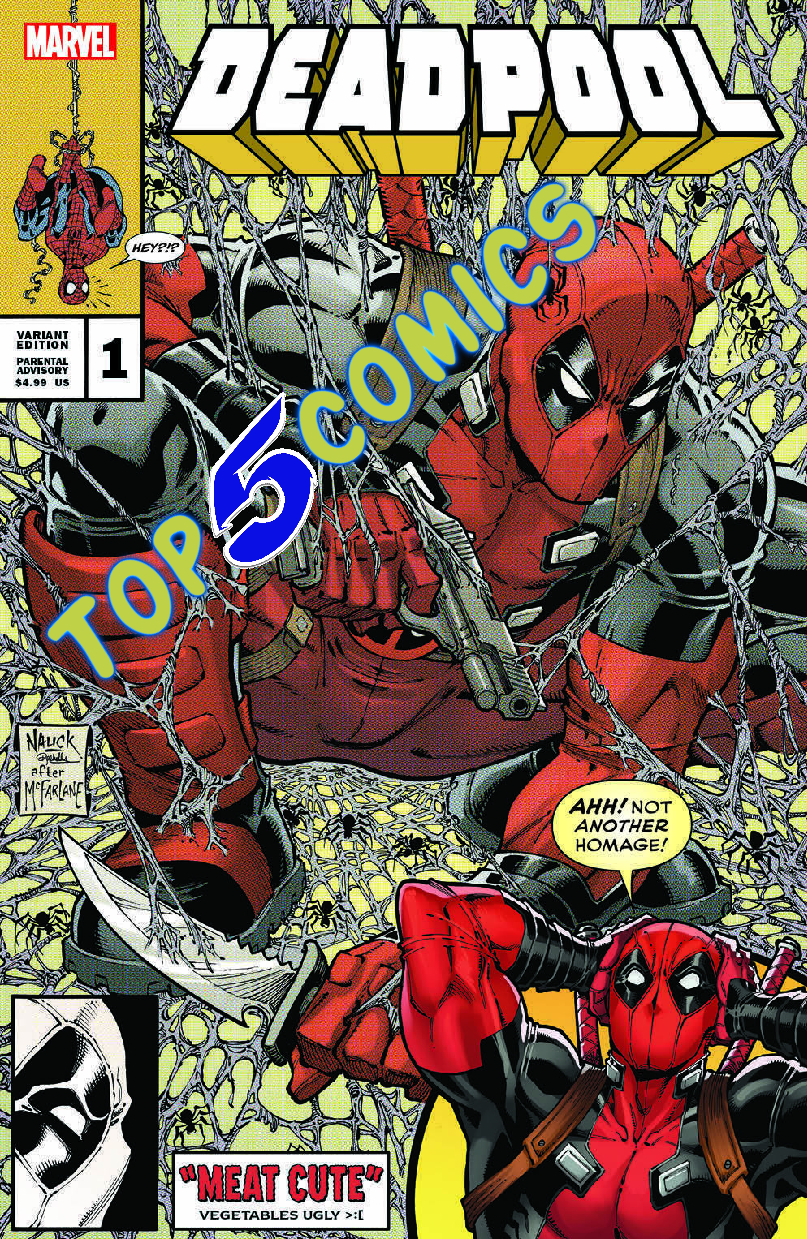 The Top 5 Spec/Trending Comics arriving on new comic book day. New Comics arriving 10/26/22.
LOTS MORE at InvestComics Hot Picks 11/2/22
Please note: New comic book releases and all items are subject to change.
Click on ALL Red-Highlighted LINKS/Comic Covers, to BUY/BID from ALL available eBay sellers
Any Links or Images that redirect you to eBay are done through our eBay Affiliate Program. 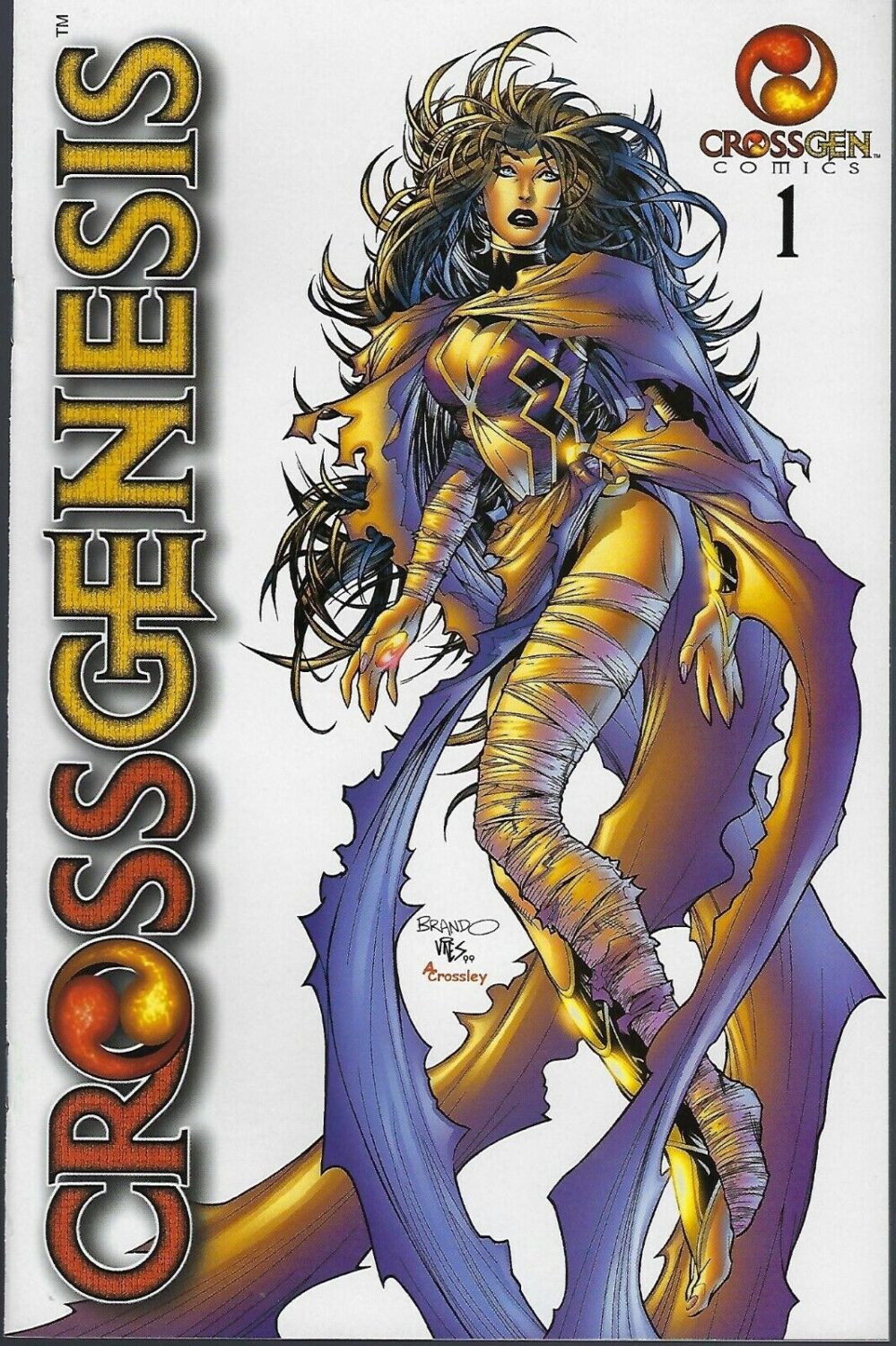 Another relaunch for Deadpool. Alyssa Wong writes and Martin Coccolo art.
Tiger Division #1 – The first-ever South Korean super team gets its own book. A first appearance team with new characters, and new villains. Written by Emily Kim and drawn by Creees Lee.
Crossgen Tales #1 – Back in the day, Disney bought out the rights to the CrossGen publishing company. Many speculators thought this was the time to buy up all of the CrossGen titles and start the boom process. The uptick was for a hot minute before the buyers realized they were being had. Kind of like today’s market but not as many being ripped off. True story. Anyway, so when Disney took over Crossgen, the publisher actually released great storytelling and art, and many comic collectors expected the next coming of CrossGen. Movies, cartoons, merch, something, anything. To say the purchase was and still is a failure or extremely underwhelming would be an understatement. Disney released three previous CrossGen titles, Sigil, Mystic, and Ruse in 2011. Each sold very sparsely, thus leading to other announced titles never seeing the light of day. Disney’s purchase was unofficially/officially an abject failure. Now, many years later, Disney is revisiting Crossgen. So what exactly makes things a bit different this time around? Well, first off, the movie and animated market for comic books are off the charts. If a good story is put together and the right talent is also put together, money will be made. What else? The outreach for any comic character extends well beyond the comic book industry. Meaning, top tier writing, and animation creators can be found for the right money. What else? The special effects are actually better than they were 12 years ago. So, these are just some of the many factors regarding Disney’s venture back into the CrossGen market. We cannot think of any other reasons to revisit CrossGen, besides meeting their copyright obligation. The Disney brand does not do things for the sake of doing them. Neither does Marvel Comics. Why is the CrossGen universe coming back into the fold after a many-year absence? So, before your local comic shop or eBay or the expert speculation sites or apps or the bloodthirsty speculators realize that the plans could be bigger than initially thought, a collector can own the CrossGen (overprinted) comics for mega-cheap prices right now. One can begin their CrossGen quest with the first release CrossGen comic; CrossGenesis #1 from 2000. Many first appearances in there. Marvel reprints the few issues they did get to back in 2010 in this primer here. It’s either a test market comic or a copyright obligation. Not sure which, but also stay on top of this because one of these characters can easily cross over into a Marvel book and blow up. All upside here due to the cheap nature of these comics and accessibility. Not hard to find, and the origin/backstories are full of potential. If they ever do uptick exponentially in the aftermarket, do know they are way overpriced. Remember Valiant Comics? People lost so much money in that market.
The Ones #1 – Comic writer Brian Michael Bendis has a knack for making characters shine. He gives old/tired characters/teams new life and new direction. He has a knack for making new characters break out too. The man knows his craft and this Wednesday he’ll introduce readers to “The Ones”. A new team book from yours truly and Dark Horse Comics. Jacob Edgar will provide the artwork.
Joker The Man Who Stopped Laughing #2 – The big Joker story continues. Writer Matthew Rosenberg and artist Francesco Francavilla.