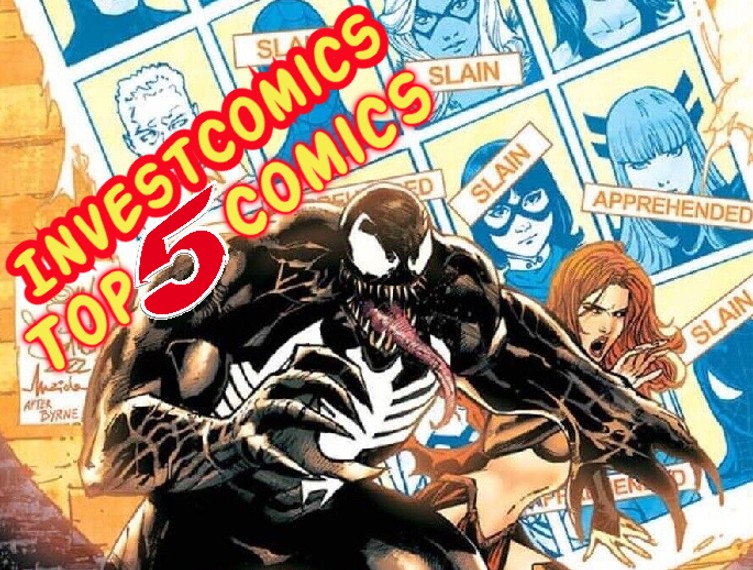 The Top 5 Spec/Trending Comics arriving on new comic book day. New Comics arriving 11/9/22.
LOTS MORE at InvestComicsHot Picks 11/9/22
Please note: New comic book releases and all items are subject to change.
Click on ALL Red-Highlighted LINKS/Comic Covers, to BUY/BID from ALL available eBay sellers
Any Links or Images that redirect you to eBay are done through our eBay Affiliate Program.

Amazing Spider-Man #13 will feature the first look at Gold Goblin. We’re not too sure if this will be a cameo first appearance or a first full appearance. Either way, you’ll want to be on top of this one.
Venom #13 – Venom’s Dark Web crossover story begins here.
Wolverine #27 – Marvel is turning back the clock here. Bringing back the “savagery” Wolverine character. We’ll see how far the 2022 Wolverine goes.
Batman Incorporated #2 – A first appearance & cover; Fissure.
Death Of Superman 30th Anniversary Special #1 – Anyone that lived through the Death of Superman knows what kind of an impact it had on the comic book industry as well as pop culture itself. It’s hard to imagine that fateful moment came 30 years ago. DC Comics will celebrate(?) 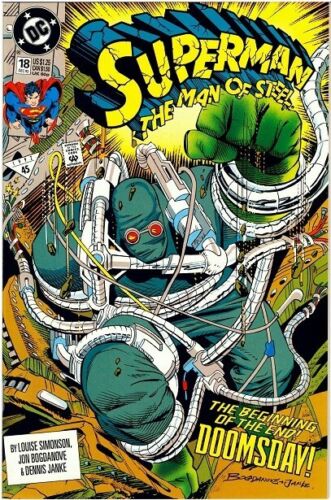 the somber moment with the 30th Anniversary Special this Wednesday. Over the years, collectors have seen and purchased related released items regarding this historic issue. So what makes this any different than previous years’ reprints or armbands? This comic not only features four new stories from legends in the industry, including the original creative team that offed Superman in the first place but more enticing is the first appearance of Doombreaker. What is to come of this new character is anyone’s guess. But let’s revisit the original alien, Doomsday, that killed Superman in the first place shall we? Superman: Man of Steel #18 (1992), the first appearance of Doomsday. The most recent CGC 9.8 sale hit at $105. Raw copies of this comic are extremely easy to get at basement pricing. Some as low as nine dollars. A little over 4500 total CGC copies are graded. With a top-heavy 2350+ at a 9.8. This doesn’t include CBCS. So few copies of a “historic” villain graded, right? There is a simple explanation. There is no real money to be had for many years regarding this book. Soon after the fallout of Superman’s demise, the immediate attention shifted to, when is he coming back. How long will it take? Every comic collector knew this was a gimmick to sell a declining title. DC’s flagship character was suffering a heavy dose of, no one gives a f***. The great marketing scheme created a massive rush of non-collectors watching their local news to run out and buy a massive amount of the Death issue. So, knowing he was to come back, real collectors sold the hell out of the first Doomsday appearance to suckers. Driving pricing to where they simply did not warrant to be. Much like today’s speculation market, but not as bad. Today’s market is a hot mess, but you know this from reading our articles every week and our educating you. Doomsday from the outset was never going to amount to a great villain. Ever. He didn’t kill Superman. Full stop. He was a beacon of marketing light that produced hoards of money for DC Comics and speculative collectors at the time. Now, Doomsday appears in one film, a cartoon, and is forever forgotten about. The character is and never will be Lex. Hence, the raw NM copies selling for nine bucks. Think of the villain as a fad, a moment in time when the impossible almost happened, but didn’t. That time is long forgotten as we Gen X boomers like to reminisce about that time “Superman died”. This was a game-changer from a marketing standpoint, not in storytelling. Miller’s Dark Knight, 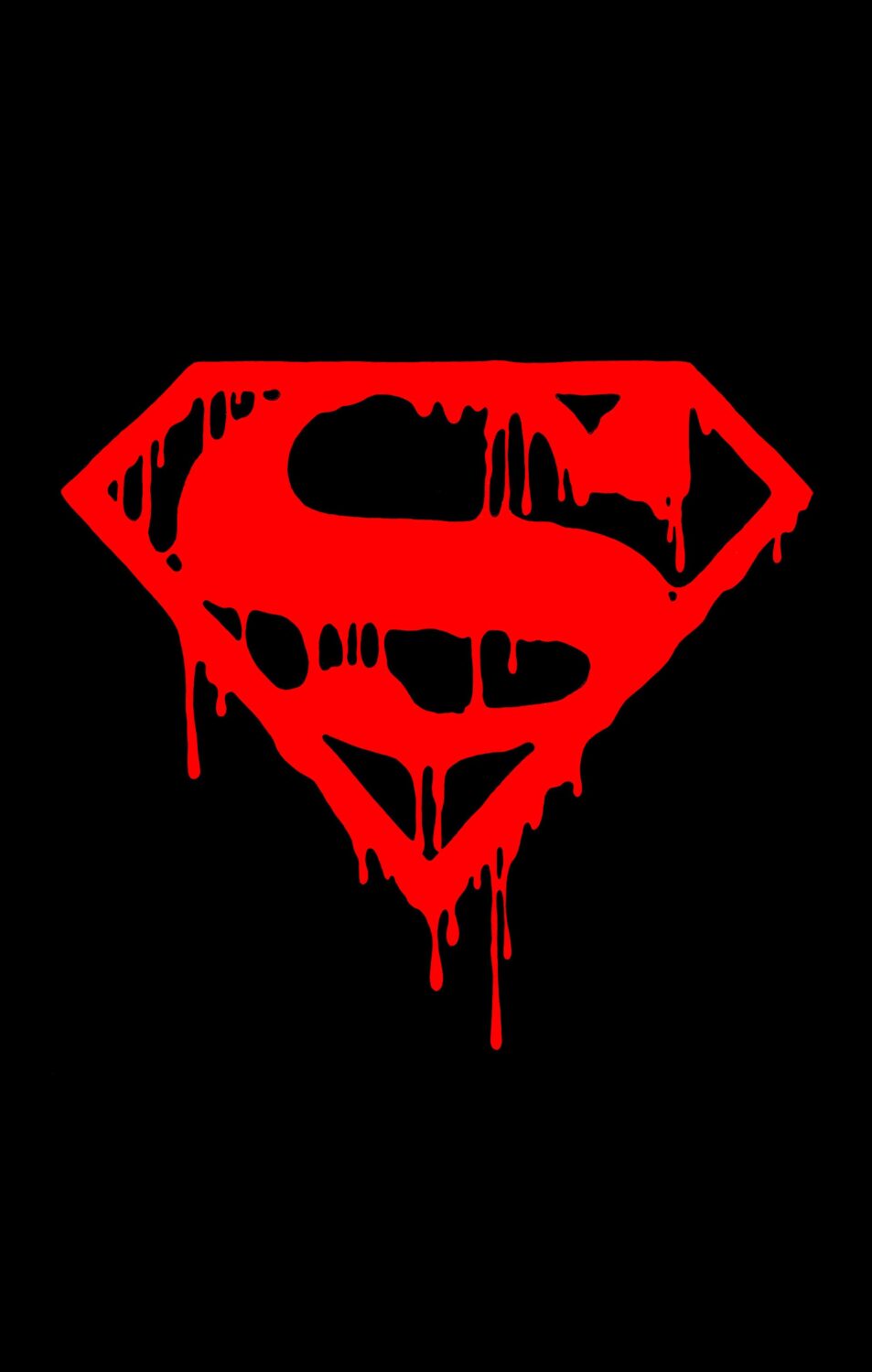 Moore’s Watchmen, Gaiman’s Sandman, Starlin’s Captain Marvel, and even McFarlane’s Spidey to name a few, were game-changers for the industry. Superman’s death was a novelty. The proof is right there. In monetary value. So, with that, back to the original question, what’s to come of the new villain Doombreaker? Many regulars here know the rules of engagement when it comes to a new character and its aftermarket value. We’ll touch on a few for the newbies here. One, ask yourself, after reading, and seeing, the new character, can this character sustain the ability to be in the long game? Are the roots of his origins interesting enough to bring on readers, and get the internet buzzing? Thus, moving the needle. Are there sites, videos, or apps pushing the villain as so potentially big, it seems sus? Which it is. Are sites, videos, eBay, and apps pushing the variant covers at premiums? The reason why…..the markers on eBay drive up prices, kick back to the various silent partners, then it tanks. We set the presentence in pointing this out years ago before others realized what was happening. Be aware of what’s what. Do your due diligence and homework before buying. The last question from the speculative vantage point you should ask yourself is, will this new character be a factor in any way, shape, or form in relevance to the progression of his/her story or the main characters around him or her? If your gut says yes, after your homework, then go all in. If your gut is a no, then skip it. If it’s on the fence, do more research. It’s like any investment really, but on a much smaller scale. That’s until a market breakout happens with zero validity. If you happen to be caught up in that, and you purchased with a half gut. then you’ve won. Doombreaker, to be or not to be?