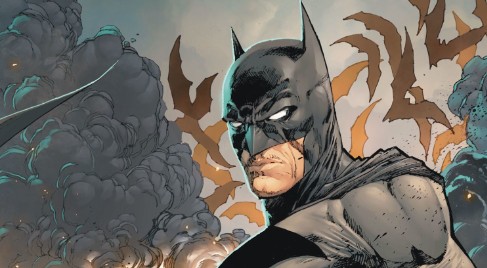 Here are this week’s top trending comic books and new items headed your way this Wednesday 1-23-19
Click on the RED links, Images or the comic cover to buy/bid from All available sellers on Ebay
Please note: New comic book releases and all items are subject to change

Marvel Comics looks to ring in their 80th birthday with a couple of books from the early 1970’s this Wednesday. Reaching back into their enormous catalog, they’ll bring back The Crypt Of Shadows #1 and War is Hell #1. Crypt is written by Al Ewing and drawn by Garry Brown. War is written by Howard Chaykin, Phillip Kennedy Johnson and penciled by Howard Chaykin. Both original series’ were released in 1973. Why the odd timing of these particular books and not a new Machine Man series? Testing the market. That’s what’s going on here. Are fans ready for the horror genre or the war genre once again? Sales will tell Marvel all they need to know with these marketing questions. If the book(s) place where the marketing/sales team want them to land, then we’ll all see more of these genres or maybe just one, not both. So, with that, if you really like one of these comics/genre, or both, blitz the social media machine. Tell everyone how great the read(s) were. With enough energy, more will come.
A new Guardians Of The Galaxy series will start up this week. Modern day cosmic writer superstar Donny Cates (Jim Starlin is the Godfather) and Illustrator Geoff Shaw bring fans the cosmic heavy comic. Guardians Of The Galaxy #1 is so cosmic heavy that Marvel claims it will star every known cosmic super hero. (sarcasm for the fanboy….)That means Cosmic Ghost Rider will be in it!! Hard to inform some, but there were and still are some bad as* Jim Starlin cosmic characters that will make an appearance here that aren’t named Cosmic Ghost Rider. Look for a possible introduction in the midst of chaos in a very crowded issue.
The very first Iron Fist in introduced in Avengers #13. Jason Aaron writes and Andrea Sorrentino pencils. Uncanny X-Men Annual #1 is delivered with one of the best solicits of all time. “Cyclops!” That’s it. That’s all it says. Enough to make us curious about the book. Well, guess that solicit worked after all! Friendly Neighborhood Spider-Man #2; writer Tom Taylor and artist Juan Cabal.

When DC Comics signed writer Brian Michael Bendis to an exclusive deal, they really gave him the car keys and said “here you go, it’s yours.” Good for Brian for earning that type of clout and respect. He earned it. This said, Brian Michael Bendis gets to be very creative and call his own shots. This Wednesday Brian creates Naomi #1. The introduction of this character is a dream come true for BMB. It’s the debut of Naomi and here is your chance to get in on the ground floor of the newest trending star in the DC Universe. Also, on the creative team, writer David F. Walker and artist Jamal Campbell.
Fan favorite John Constantine will join Batman in Batman #63. Tom King and Mikel Janin.

Trending Pop Culture Indie Hot Picks; Some Indie comics (small press) do not always show up on Ebay right way. Please check back on a regular basis, some of the smaller print indie books usually list after new comic book release day or a few days after.
Blossoms 666 #1 stars Cheryl Blossom and her brother Jason Blossom in this evil twisted new series from Archie Comics. One of them is the Anti-Christ. Both of them want the title though. Boy, this is a ways off from their debut in Archie’s Girls Betty and Veronica #320 (1982). Written by Cullen Bunn and art by Laura Braga and Matt Herms.
Speaking of dead people walking, Buffy the Vampire Slayer #1 debuts from Boom Studios. Writer Jordie Bellaire and artist Dan Mora.
Have you ever seen a turtle cry? Have you ever seen a teenage mutant ninja turtle cry? Michaelangelo seems a bit emotional on the cover of Teenage Mutant Ninja Turtles #90 (IDW). What happened??
Oliver #1 (Image Comics); writer Gary Whitta and artist Darick Robertson.