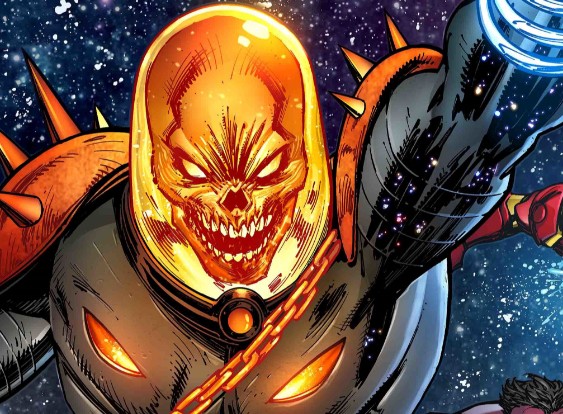 SINCE 2005. Here are this week’s top trending comic books and new items headed your way this Wednesday 3-6-19
Click on the RED links, Images or the comic cover to buy/bid from All available sellers on Ebay
Please note: New comic book releases and all items are subject to change

Once again, a rapid edition this week; Here are this week’s trending comic books…
Deadpool #10; a villain that first appeared in issue #1 is back this Wednesday for his second appearance, “Good Night”. Skottie Young and Scott Hepburn.
Domino: Hotshots #1; Writer Gail Simone slayed the Domino series and essentially made the character her own. Now Gail is back with a new Domino series, but this time with a new team. Look for word to get out around the social media outlets about this comic. It’s going to be a hot one. David Baldeon art.
Star Wars: Vader – Dark Visions #1; Here we dive deeper into Vader’s origin. Thanks to writer Dennis Hopeless and artist Paolo Villanelli.
Cosmic Ghost Rider Destoys Marvel History #1; Fanboys around the world rejoice. They’ll get a “Marvel Destroy..” comic starring their favorite overpriced (aftermarket) modern character at the moment. A cover from Rob Liefeld too? Boy, the joy here! Fans will light up Facebook and Instagram showing off this cover and any other variant….many variants available.
Ziggy Pig Silly Seal Comics #1; Writer Frank Tieri with a new Marvel one shot. Fans should always check on new Frank Tieri work. Looking forward to see what this is all about. Artist Jacob Chabot. Just about sold out on the distributor level too.

Age Of X-Man: Prisoner X #1; Every single week it seems a new Age of X-Man comic is coming out. This week its focus is on Bishop.
Meet The Skrulls #1; A primer for the new Captain Marvel movie. Just in case you do not know who or what a Skrull is, well, this is your comic. Writer Robbie Thompson and artist Nico Henrichon.
Doomsday Clock #9; Remember the fanfare behind this series? A lesson learned that delays do in fact kill momentum. Anyone that’s still around will get treated to a game changing event in this issue. If big enough, the speculators will spark interest across the board for a brief period.
Deathstroke #41; A prelude to a major crossover event with the Teen Titans. Writer Christopher Priest with artists Jason Paz and Larry Stroman.
Star Wars Age of Republic – Padmé Amidala #1; Another Star Wars number one comic. Jody Houser, Cory Smith and Wilton Santos.

Here are the trending indie comics this week…
Morning in America #1; From Oni Press. Sold out. Creators Magdalene Visaggio and Claudia Aguirre.
Obey Me #1; (Dynamite Entertainment). Mario Mentasti and Emmanuel Ordaz Torres.
Fartnite #1; This comic has been featured several times, but a delay in shipping has it arriving this week. Sold out across the board. All variants, all of it. Keenspot Entertainment have a hit on their hands. Creators Remy Eisu and Chris Crosby.
Astro Hustle #1; (Darkhorse Comics); Jai Nitz and Tom Reilly.

Here are the trending toys and items this week…