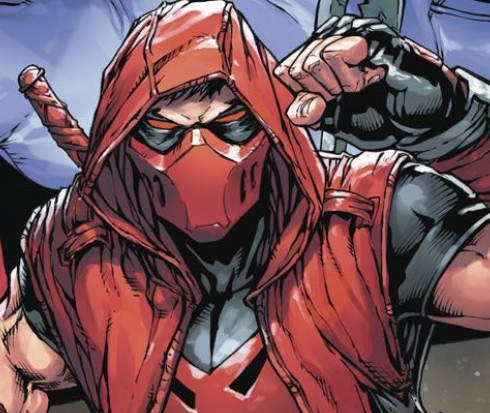 SINCE 2005. Here are this week’s top trending comic books and new items headed your way this Wednesday 3-13-19
Click on the RED links, Images or the comic cover to buy/bid from All available sellers on Ebay
Please note: New comic book releases and all items are subject to change

Age Of Conan Bêlit #1 – New Conan story to focus on the love of his life. Writer Tini Howard and artist Kate Niemczyk.
Marvel Tales: Thor #1 – Want to read all of the original Thor stories in comic book form that introduced characters like Loki, Beta Ray Bill and others? This is your chance. Walt Simonson, Jack Kirby, Stan Lee, Larry Lieber and John Buscema to name a few that’ll appear in this comic.
Star Wars Age of Republic General Grievous #1 – A new Star Wars book to focus on General Grievous. Jody Houser and Luke Ross.
Uncanny X-Men: Winter’s End #1 – Here we have another number one X book. This one from Sina Grace and Nathan Stockman.

Red Hood: Outlaw #32 – DC Comics brings “a bold new era for Jason Todd”. Writer Scott Lobdell and artist Stephen Segovia.
The Batman Who Laughs: The Grim Knight #1 – The biggest trending comic this week will be this one right here. The Batman/Punisher character, Grim Knight will catch on with fans and it’ll be The Batman Who Laughs #1 that’ll be the main focus (1st appearance) and this comic right here. Creators Scott Snyder, James Tynion IV and Eduardo Risso bring another new era of greatness to the Batman lure.
Wonder Twins #2 – The debut of Gleek. This series’ first issue trended nicely throughout the interweb. Mark Russell and Stephen Byrne.

Here are the trending indie comics this week…
The Goon #1 – From Albatross Funnybooks comes the series debut of The Goon. Creator Eric Powell’s creation is about to make a big splash once again. The Goon is as bad as* as it gets. The Goon first appeared in a 4 pager in Dreamwalker #0 (1988) from Avatar Press.
Spawn Kills Everyone 2 #4 – The Todd McFarlane Amazing Spider-Man tribute cover (his own homage) is a Thanos head turner.
The Transformers #1 – IDW Publishing ushers in another “new era” for the Transformers. This new era will be from creators Brian Ruckley, Ron Joseph and Angel Hernandez.
Rick And Morty Presents Jerry #1 – New Oni Press Rick and Morty comic will please the masses. Ryan Ferrier.
Assassin Nation #1 – Image Comics new series from writer Kyle Starks with artist Erica Henderson.
Little Bird #1 – New Image Comics miniseries from Darcy Van Poelgeest and Ian Bertram.