Captain Trips Hardcover book will hit regular bookstores after only being available in comic and specialty shops.

It all begins here: the epic apocalyptic battle between good and evil. On a secret army base in the Californian desert, something has gone horribly, terribly wrong. Something will send Charlie Campion, his wife and daughter fleeing in the middle of the night. Unfortunately for the Campion family, and the rest of America , they are unaware that all three of them are carrying a deadly cargo: a virus that will spread from person to person like wildfire, triggering a massive wave of disease and death, prefacing humanity’s last stand. Don’t miss the beginning of this epic story in THE STAND: CAPTAIN TRIPS PREMIERE HC!

For more on The Stand, please visit the Marvel.com Stand mini-site or StephenKing.com. 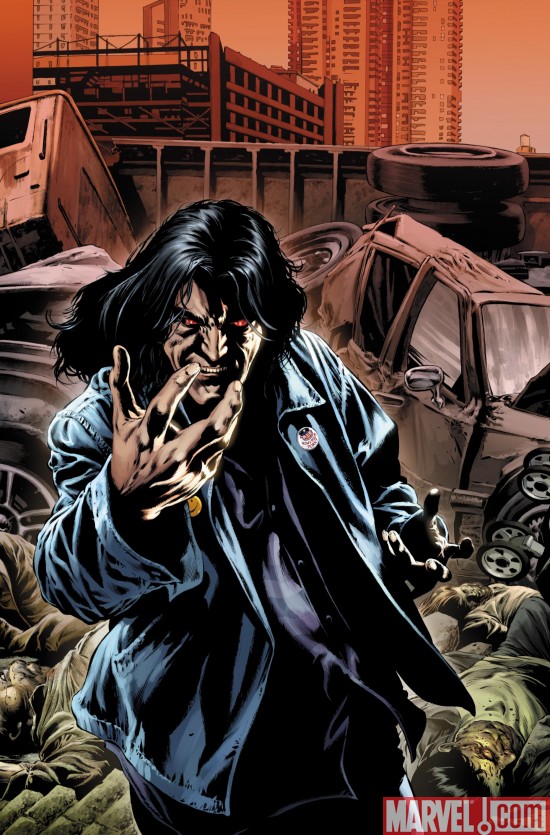