Everyone should have known that the latest Ultimate offering by the team of Mark Millar and Carlos Pacheco would sell well enough to hit the presses a second time.

The Ultimate Avengers Assemble For A Sell Out and Second Printing!

Marvel is pleased to announce that Ultimate Comics Avengers #1 has sold out at Diamond (though copies may still be available at retail level) and will return with Ultimate Comics Avengers #1 Second Printing Variant!  The star-studded creative team of Mark Millar and Carlos Pacheco introduce the Ultimate Avengers in an explosive way!  Nick Fury returns and discovers that Captain America has gone rogue! The Sentinel of Liberty encounters the vicious Red Skull… and you’ll never believe this super-villain’s true identity!  Ultimate comic fans cannot afford to miss the shocking revelation within the pages of this groundbreaking issue!  This second printing also features the powerful interior art of Pacheco on the cover!

Critics and fans are raving about this action packed first issue:

“Quick-paced, gorgeous art, and a cliffhanger that will have you coming back for more.” – Chad Nevett, ComicBookResources.com

“Ultimate Comics Avengers #1 was a fantastic start to the new start of the Ultimate Universe… I recommend picking this issue up.” – Kevin, Comicbookrevolution.net

“Millar doesn’t play around here…turns out the big blockbuster action movie isn’t coming to a theater near you this summer. It’s in your local comic shop.” – Lee Newman, Brokenfrontier.com

Marvel urges retailers to check their orders on Ultimate Comics Avengers, as the series continues to garner significant praise and strong sales.  Will Hawkeye and Captain America be ready for the challenges that lie ahead?  Can Tony Stark straighten out to help them in this desperate hour?  Find out in the thrilling Ultimate Comics Avengers #1 Second Printing Variant! 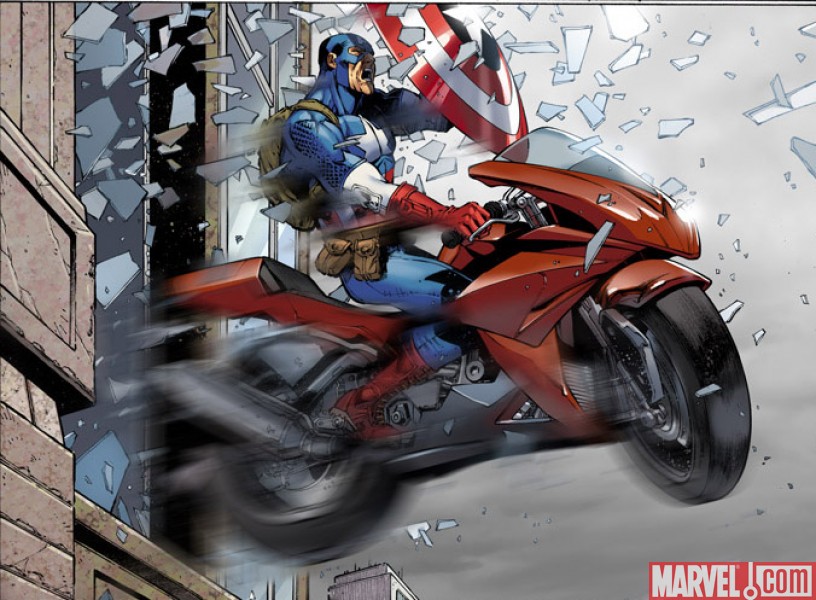