Celebrate the end of Ultimate Spidey before his imminent rebeginning!

Ultimatum: Spider-Man Requiem #1 Sells Out And Returns With New Printing!

Marvel urges retailers to check their orders on all issues of Ultimatum as all tie-ins continue to sell out quickly! How do J Jonah Jameson and the rest of the Ultimate U react to the fall of Spider-Man? Find out in Ultimatum: Spider-Man Requiem #1 Second Printing Variant! 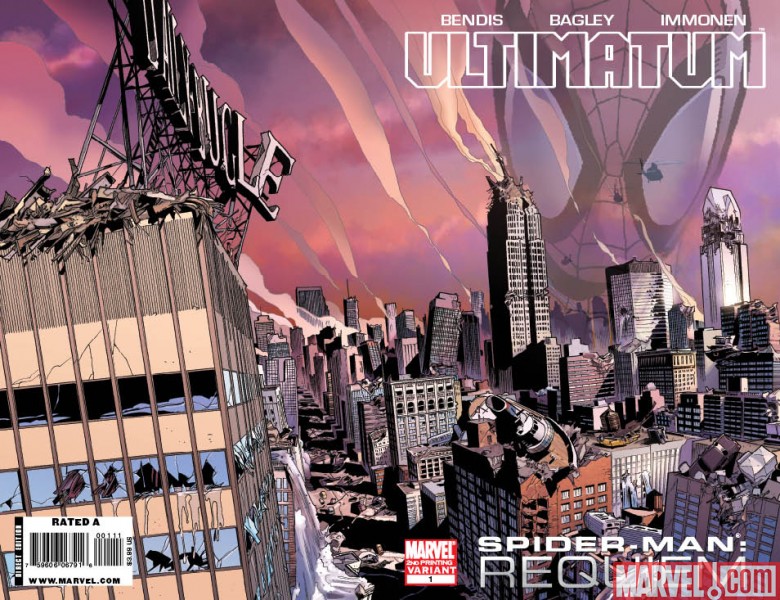