Kirkman’s Walking Dead series from Image comics is adapted to the small screen by AMC and Frank Darabont.

Are you ready for a TV series about a zombie apocalypse?  You were born ready. 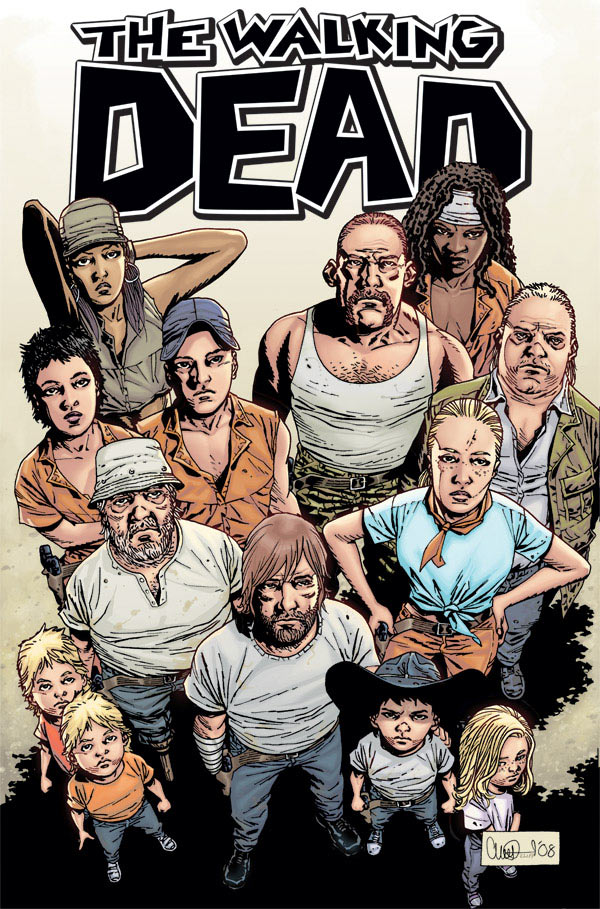 12 August 2009 (Berkeley, CA) – As announced in Variety and Hollywood Reporter, AMC has signed on to bring THE WALKING DEAD to television screens. Image Comics‘ epic tale of human survival in the face of a zombie apocalypse by writer Robert Kirkman and illustrator Charlie Adlard is being adapted as an ongoing television series by Shawshank Redemption and Stephen King’s The Mist director Frank Darabont.

“I’m a huge fan of Frank Darabont’s body of work and AMC has impressed me to no end with Breaking Bad and Mad Men,” Kirkman said. “I couldn’t be happier with THE WALKING DEAD ending up here.”

THE WALKING DEAD deal will bring Darabont in not only as Executive Producer, but also as writer and director on the adaptation. Terminator producer Gale Anne Hurd of Valhalla Motion Pictures and David Alpert from Circle of Confusion will also produce. While further information is under wraps, the plan is to keep the show extremely faithful to the Kirkman and Adlard’s comic book series.

More details on AMC’s adaptation of THE WALKING DEAD will be announced shortly.