Joe Quesada – Comic industry experience; 1990 – present. Co-created (Jimmy Palmiotti) a publishing line name Event Comics. Has creation credits for Marvel Knights, MAX, and the Ultimate imprints for Marvel Comics. Editor-In-Chief of Marvel Comics in 2000, relinquished that title in 2011 when named Marvel Comics Chief Creative Officer in 2010. Oversaw the original movies; X-Men and Spider-Man. Adopted the Stan Lee “Soapbox” editorial in Marvel comic books as “Cup o’ Joe.” Understands the history of where things came from and where they should head.

Bob Layton – Comic industry experience; 1974 – present. 44+ years within the industry. During his tenure at Valiant Comics, he co-created/revamped the entire company. As Editor-In-Chief and then Vice President for Valiant Comics, the company earned 65 million dollars. In 1978, changed the bloodline for the Marvel character Tony Stark/Iron Man forever. Like McFarlane with Spider-Man, Layton is to Iron Man. 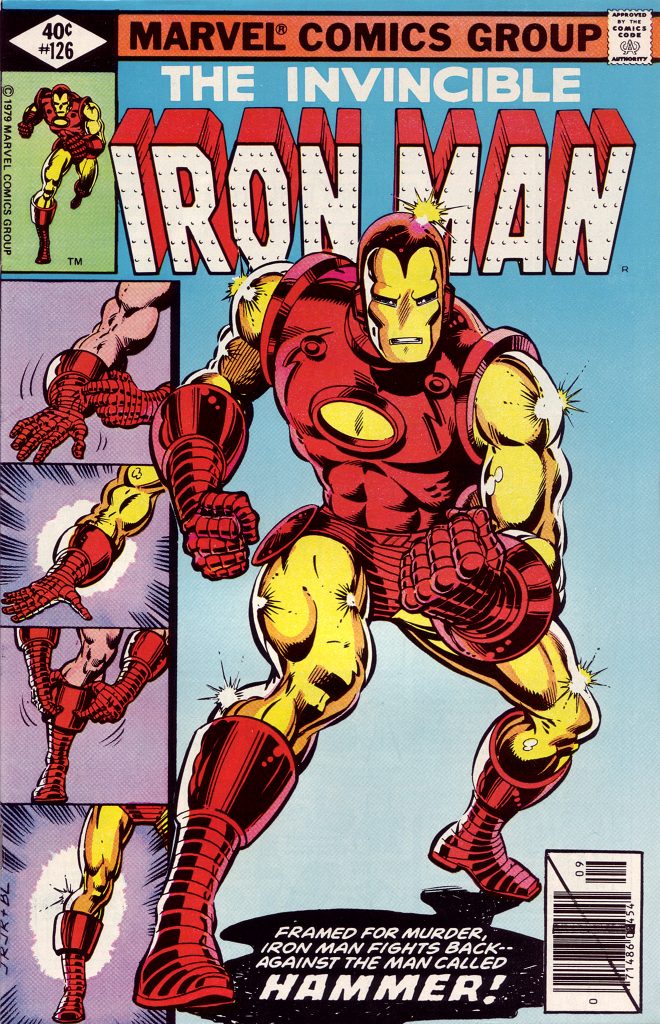 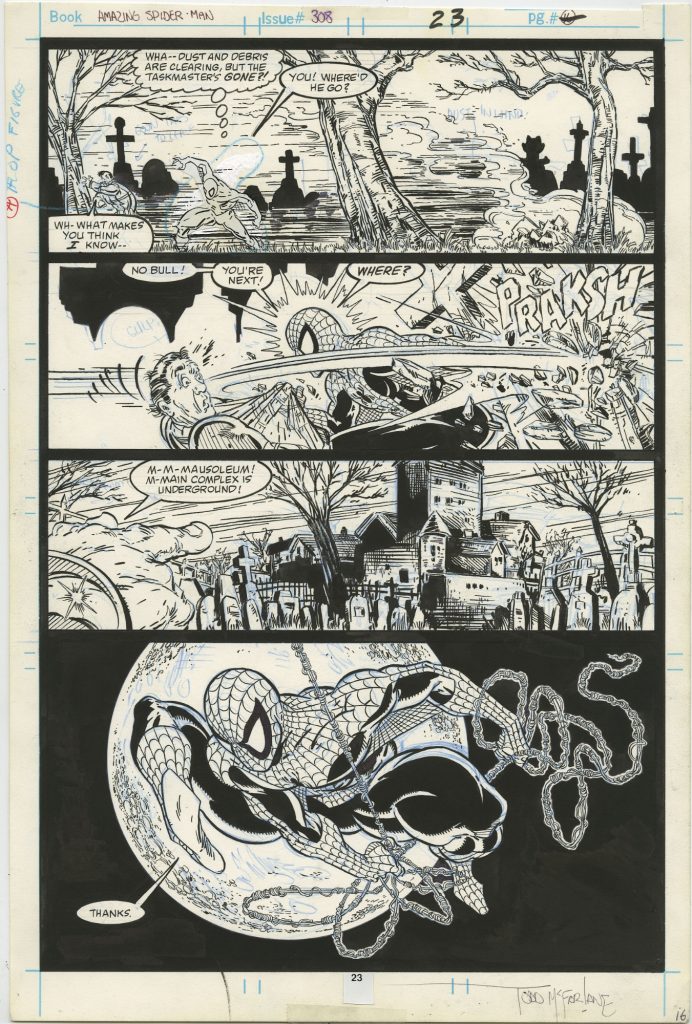 Frank Miller – Comic industry experience; 1978 – present. Responsible for the reshaping of several characters within the comic book industry. Batman in 1986, Daredevil in 1980, Wolverine in 1982, plus others. Created two comics that became films; Sin City and 300. Nominated/Winner of at least 11+ Will Eisner awards.

Jimmy Palmiotti and Amanda Conner – Comic industry experience; 1987/1988 – present. We have the first of two power couples. Mr. Palmiotti, co-created Event Comics publishing (w/Joe Quesada). Co-created (w/Joe Quesada) the Marvel Knights imprint for Marvel Comics. An extensive writing/inker credit catalog from the Punisher video game to Superman comics. Created Painkiller Jane. Their most notable recent work is on Harley Quinn. Once again. McFarlane/Spider-Man, Miller/Batman, Palmiotti & Conner/Harley Quinn. His wife; Amanda Conner is also responsible for the Harley Quinn character fans know and love today. Amanda worked alongside writing powerhouses such as Warren Ellis, Grant Morrison and Mark Millar on a Vampirella run for Harris Comics. Has penciled a wide range of characters from Batman, Black Panther, Power Girl, Supergirl, X-Men, and others. The power couple is a tremendous draw at any comic convention today. They are currently under their own company umbrella; Paperfilms.. 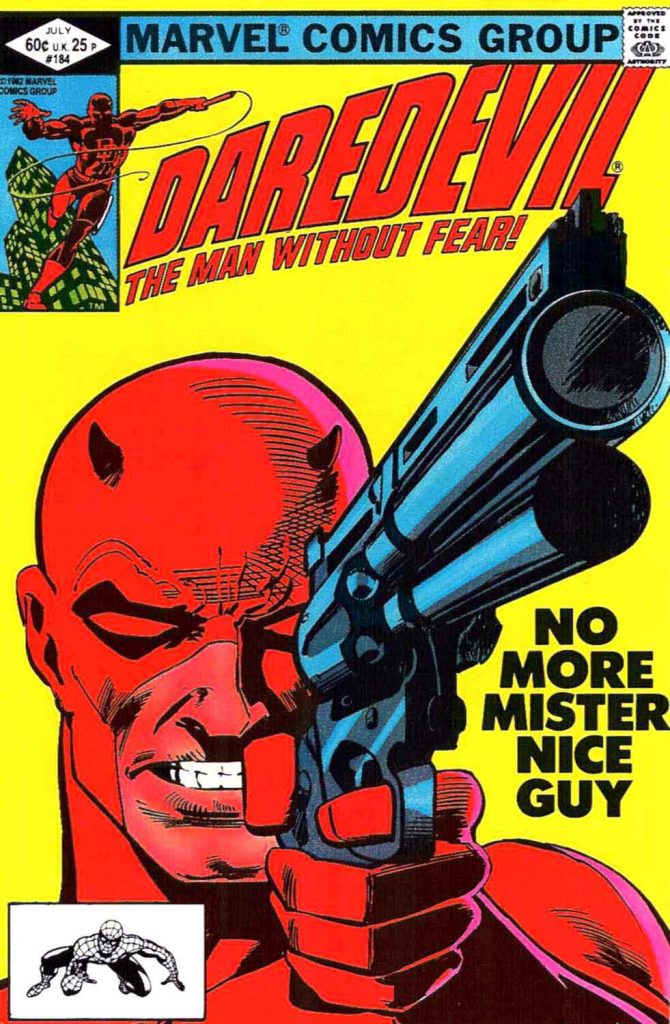 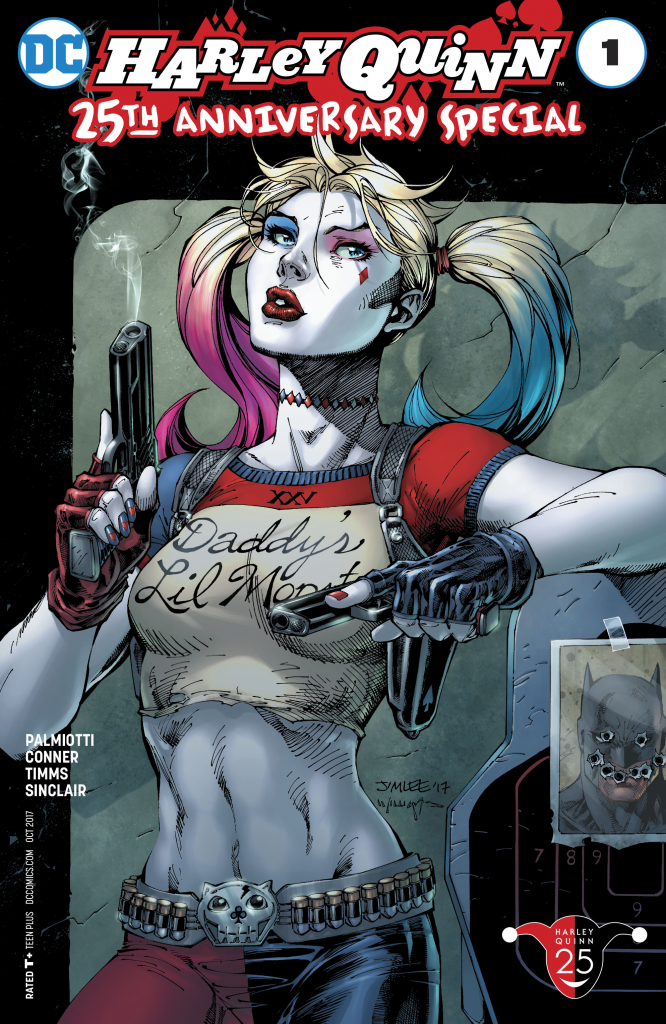 Gail Simone – Comic industry experience; 2000 – present. Only 18 years within the industry and Gail Simone’s impact writing ability and presence has made an indelible mark. Worked for Bongo entertainment (Simpson’s) in 2000 and made her way to Deadpool in 2002. That’s a leap! Gail has not stopped since. Making the Birds of Prey team her own. As the same with Wonder Woman, Batgirl, Red Sonja, and currently with Domino. The consummate professional and huge draw at comic conventions, Gail is legend status in the making.

Rob Liefeld – Comic industry experience; 1987 – present. The only creator that comes close to Stan Lee on this list as far as the “ultimate marketer”. Why is this you may ask? How about being the hottest comic creator on planet earth in the early 90’s and doing a 30-second Levi’s jeans commercial in 1991 with your comic art displayed throughout. Not one comic creator has done this in the modern-day. Not one. It needs to be done again. It would give the comic industry a kick in the….um…pants? Co-creator of Deadpool, Cable, and many other characters. Co-founder of Image Comics. Tremendous draw at comic conventions.

Jim Starlin – Comic industry experience; 1970 – present. A 48+ year resume. The creator of Marvel’s cosmic universe and of course, Thanos. Mr. Starlin was the creator responsible for making superheroes even “more” human with “The Death of Captain Marvel” graphic novel for Marvel Comics. His historic Batman run included the storyline “A Death in The Family”. Killing off Robin (Jason Todd) in a first-ever fan voting system to vote YEA or NAY to kill off Robin. Robin lost. Created Dreadstar, in which rumors have surfaced of a possible movie or reboot of the comic. 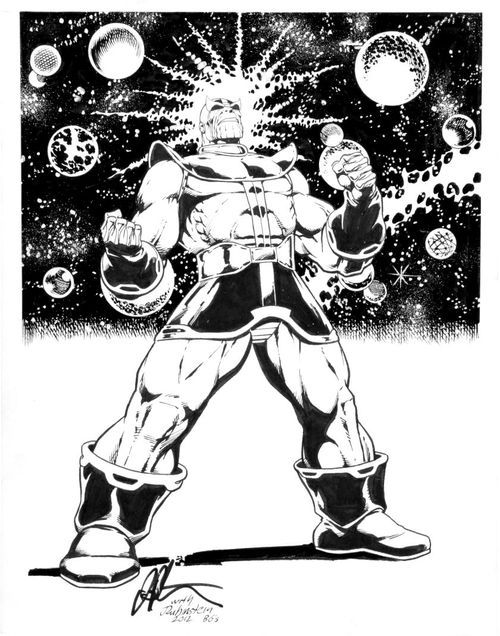 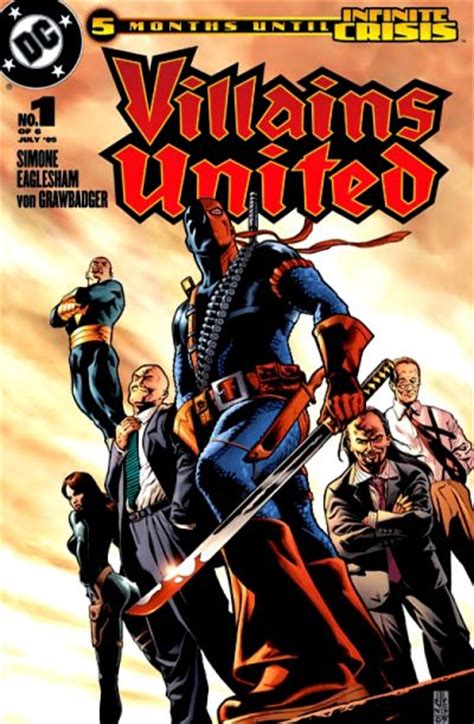 Robert Kirkman – Comic industry experience; 2000 – present. Created Invincible in 2003 for Image Comics Would stay on this title for the duration of its run until the final issue published in 2017; Invincible #133. In the same year, Invincible was created, he co-creator/premiered the Walking Dead. Robert still writes this comic today, almost 200 issues later. The Walking Dead AMC television series was and still is the biggest draw for that station. Created a subsidiary company/imprint of Image Comics; Skybound Entertainment in 2010. A major force in the industry, Robert will continue to create and wow fans before all is said and done. 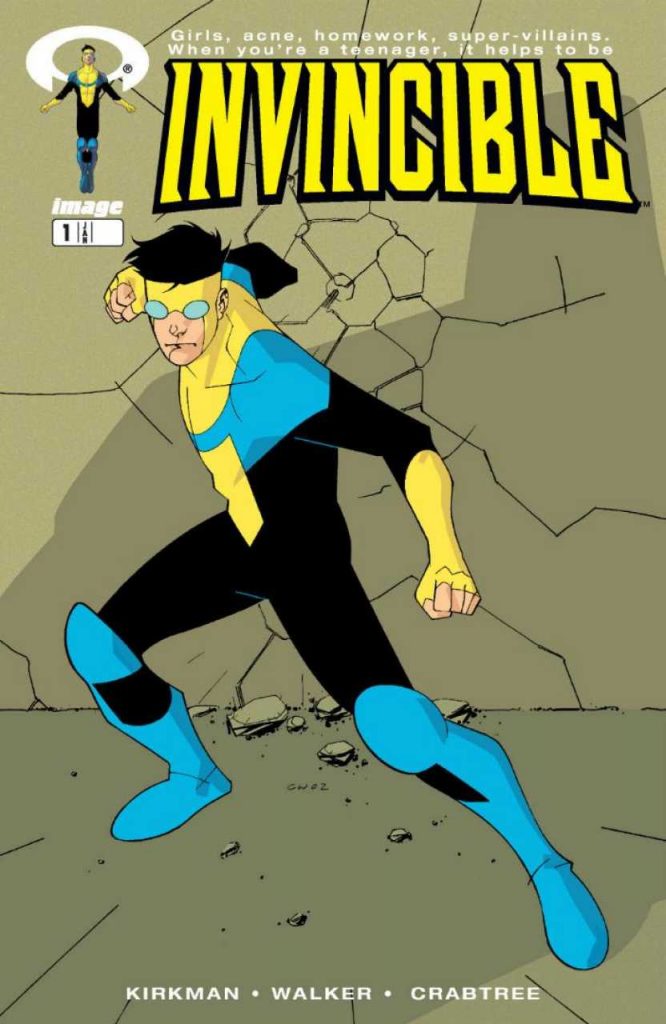 Geoff Johns – Comic industry experience; 1999 – present. Brought DC Comics heroes and fans to their knees during his Infinite Crisis storyline. Geoff has reinvented two key characters for DC Comics. So much so, they are forever changed by the creativity of others that have followed. Green Lantern and Flash are two may focal points within Geoff’s creative career. Became CCO of DC in 2010 and then President/Chief Creative Officer of DC Entertainment in 2016. He left this position in 2018 and began his own production company, Mad Ghost Productions to focus on DC Comics characters to film.

Erik Larsen – Comic industry experience; 1982 – present. Co-founder of Image Comics. A revered Spider-Man artist. Responsible for the Venom tongue! The creator of Savage Dragon which began its run in 1992. The title continues today with loyal and new readers every month. Savage Dragon #240 is the current issue. He writes and pencils each issue.

John Romita – Comic industry experience; 1951 – present. Mr. Romita’s work continues to be republished as various revamped variant covers may pop up from time to time as well. John had creative input into molding characters such as Punisher, Wolverine Brother VooDoo, and many others. Proceeded the great Steve Ditko on his Spider-Man run. John Romita developed a Spider-Man style of his own as comic fans instantly recognize the Romita Sr. Spidey.

Walt and Louise Simonson – Comic industry experience; 1973/1979 – present. The second power couple to hit the list. Between this lovely pair, 45- and 39 years of experience. Walt Simonson falls in line with a creator that’s had a profound effect on a comic character. In his case, Thor. Creator of Beta Ray Bill. The one big difference between Walt and the others who have changed the course of a character is his historic run on Thor has gone unmatched till this day for that character. Louise is the perfect antidote to Walt’s talent. Meeting them both at a convention, you’ll walk away with a feeling of passion for their craft. Mrs. Simonson has written stories for Spider-Man, Superman, X-Men, Wonder Woman, and many others. Created Power Pack in 1984 along with June Brigman. 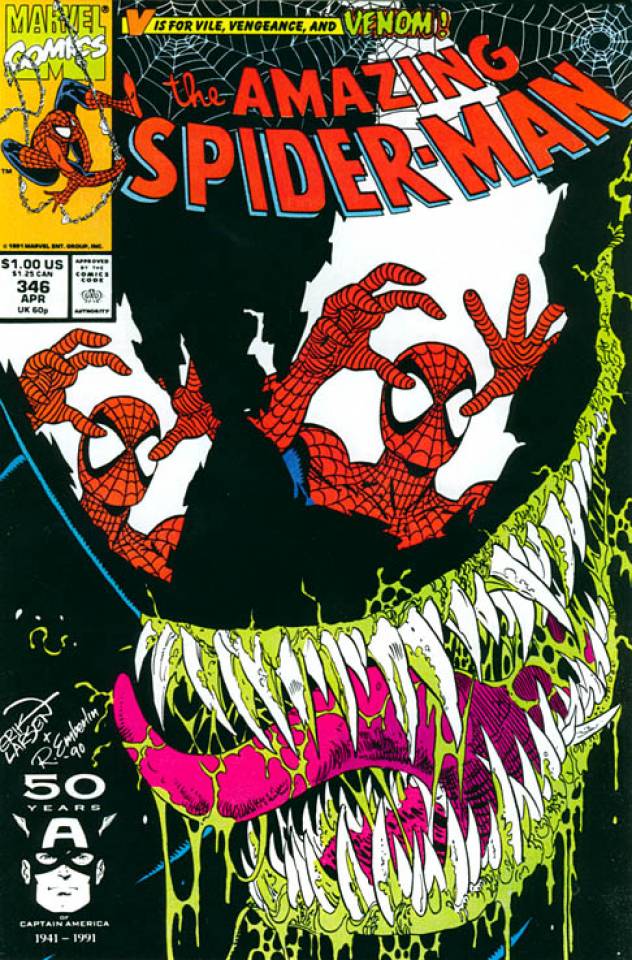 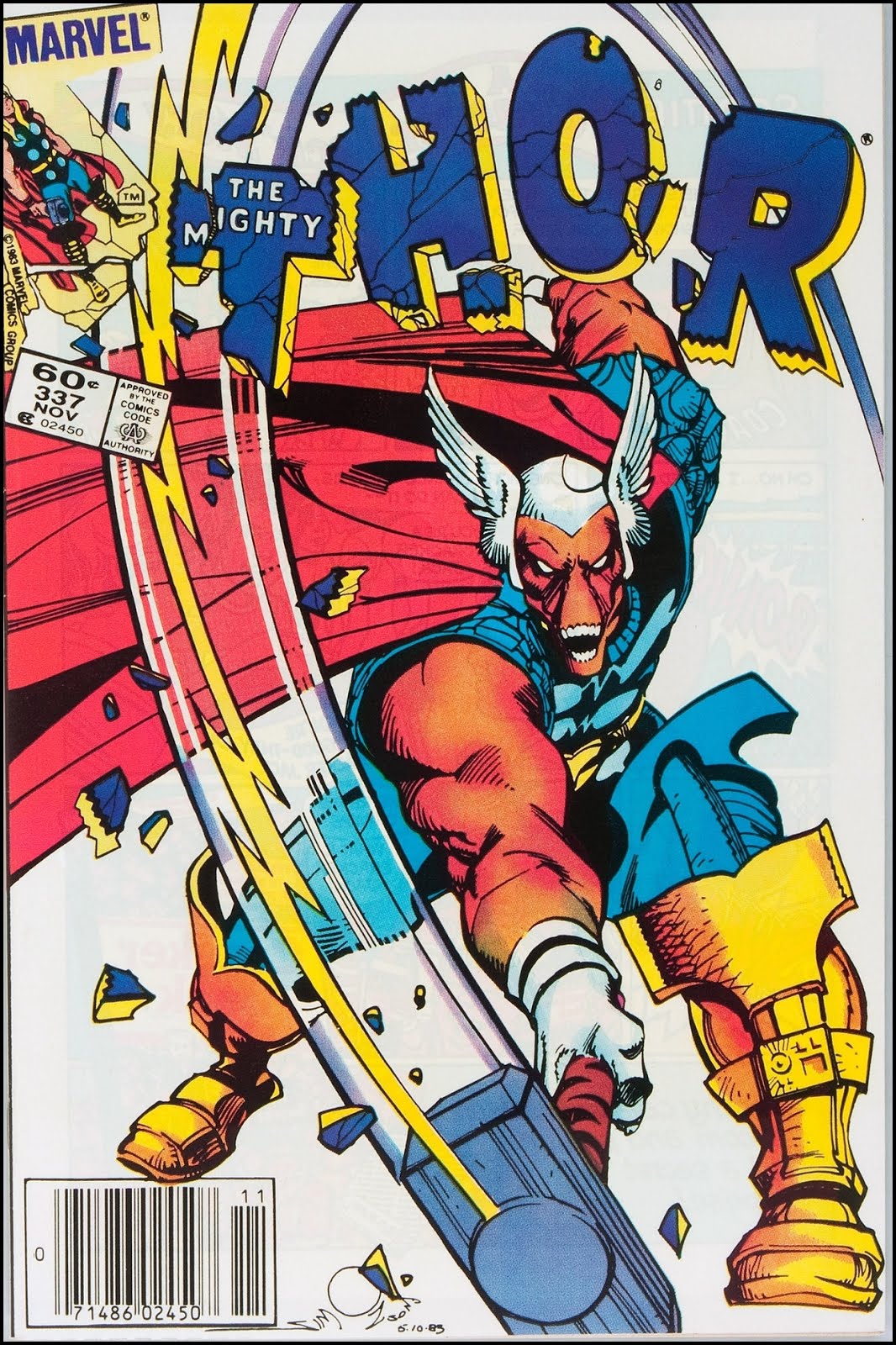 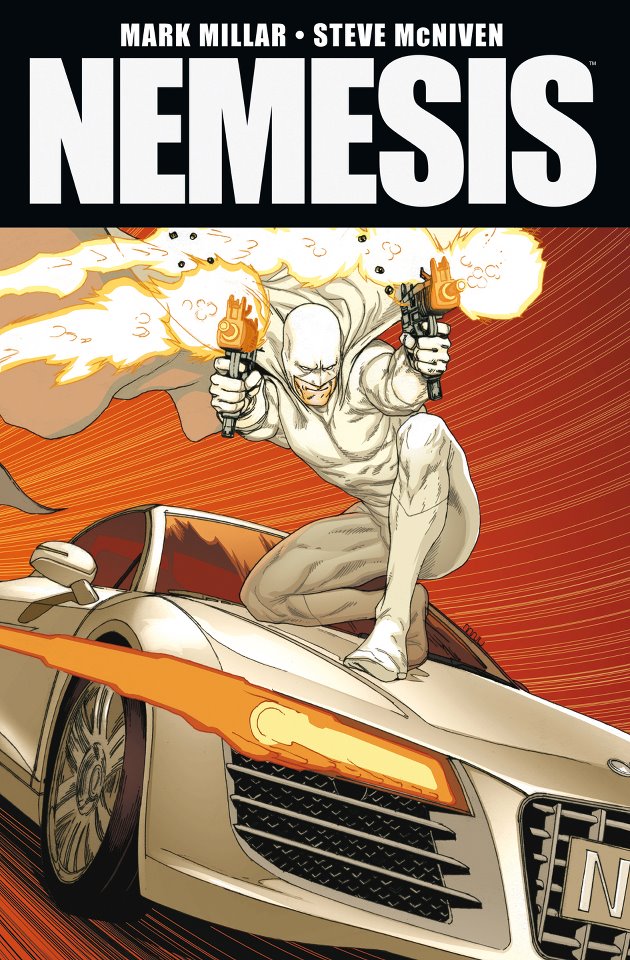 Scott Snyder – Comic industry experience; 2009 – present. This New Year’s Day baby has made his indelible mark in a shorter time than most on this list. Best known for his incredible work on the New 52 Batman series along with Greg Capullo. Some say this is the best Batman work since Miller’s Dark Knight Returns. Scott continues to be an ambassador within the industry at comic conventions. Fans demand his presence and Scott provides their needs by offering up insightful panels. This man is well on his way to something much bigger in this industry.

Dan Didio – Comic industry experience; 1990 – present. With critics constantly surrounding Mr. Didio, he perseveres and pays no mind to the negative noise (as anyone should). His 18-year tenure thus far has brought Mr. Didio to the front offices of DC Comics. He is currently the Senior VP/Executive Editor/Co-Publisher. Dan still enjoys the writing aspect of comics and refuses to relinquish any part of it. Thank goodness, because fans love his work. An infectious personality during his panels makes for an audience that pays attention to every word he speaks.

Bill Sienkiewicz – Comic industry experience; 1979 – present. The only candidate with two Emmy nominations to his credit. Best known for his abstract style art most of the time, his Moon Knight and Batman work garner a lot of attention, as does his New Mutants run. A professional and professor of his craft. Extreme knowledge of the industry. Visit him at his booth at a show, talk to him, and look over his body of work and you’ll understand why this man is revered.

Neal Adams – Comic industry experience; 1960 – present. Career highlights include, but are not limited to, Batman, Green Lantern, Deadman, and Superman. Countless classic covers, probably the most out of anyone on this list. Knows the business inside and out. 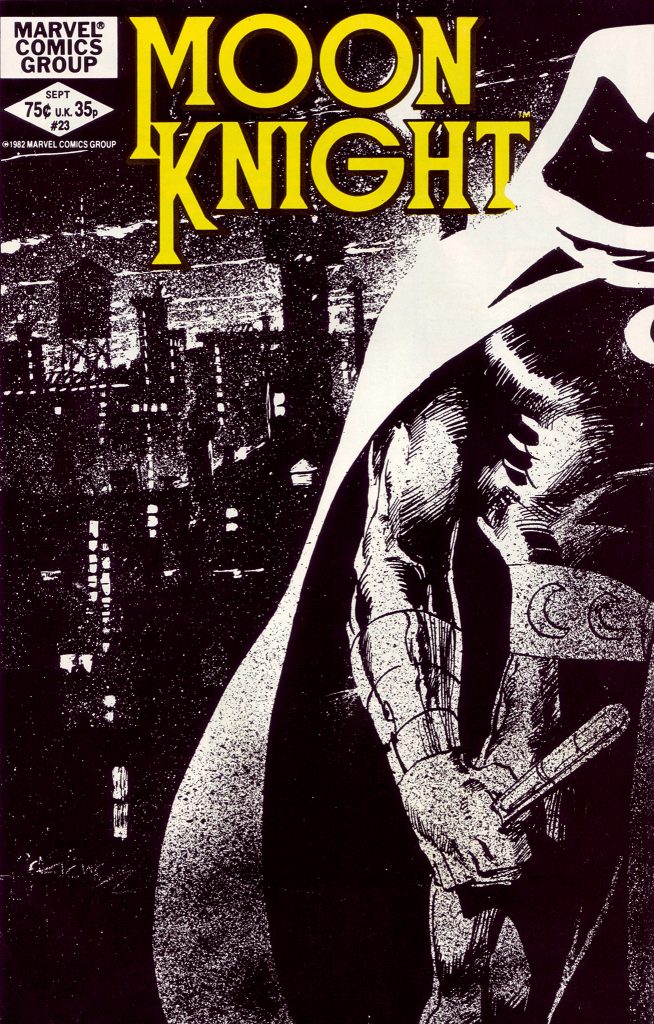 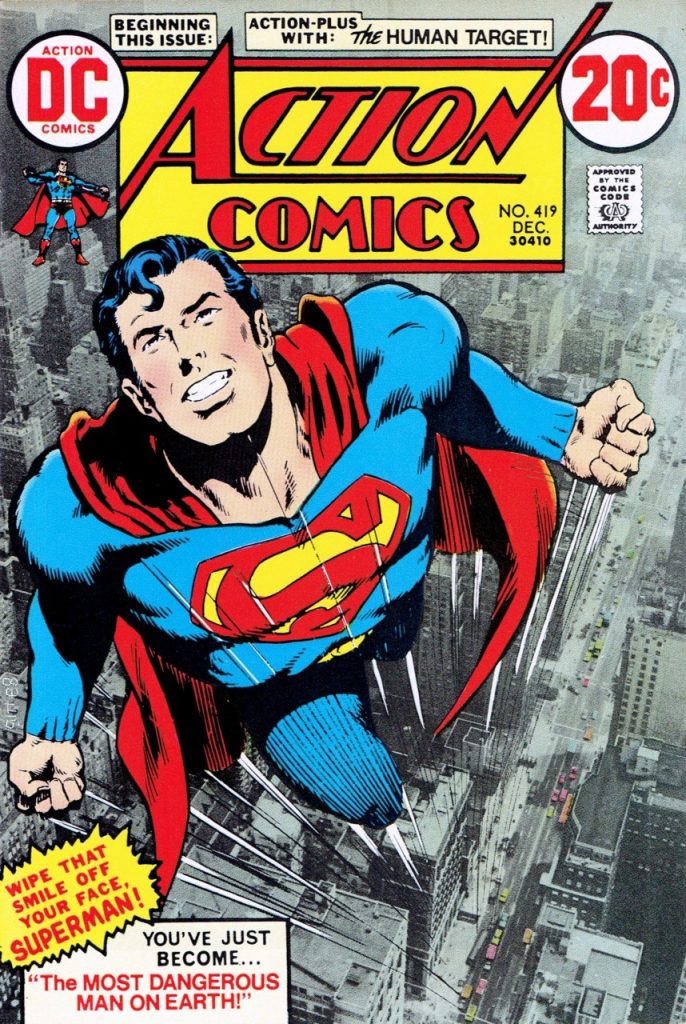 George Perez – Comic industry experience; 1974 – present. Mr. Perez is beloved in the comic convention circuit. His “jam art” is the best in the business. Only George can fit 45 or more characters on a cover. His accolades are extensive, but to name a few, Teen Titans, Avengers, Wonder Woman, JLA, Superman, and on and on. Played a part in the Infinity Gauntlet series for Marvel which seems to be so popular these days (wink-wink). Also contributed to the storylines “A Lonely Place of Dying” in Batman and “The Judas Contract” in Tales of Teen Titans, in which he introduced the new Nightwing. Drew Firestorm’s first appearance. Deathstroke too. On and on…

Neil Gaiman – Comic industry experience; 1986 – present. In 1989, Neil brought a special sort of comic never seen before in the history of comics. Sandman #1 was the ebb of adult comic reading. Children were not invited to this party. Neil brings a stark contrast to the comic industry that lacks so much depth to his storytelling style, that only Mr. Gaiman can deliver. He essentially created a style unlike anything readers have ever seen before. Vaughn, Moore and others have done this too.

Jim Shooter – Comic industry experience; 1966 – present. In 1984 Jim wrote the epic Marvel Super Heroes Secret Wars. Twelve issues of history there. One of the most prolific/outspoken Marvel EICs ever. His first published comic was at the age of 15 with DC Comics. Was also the EIC at Valiant Comics after his Marvel tenure.

Grant Morrison – Comic industry experience; 1978 – present. Mr. Morrison’s credits include Batman, JLA, The Invisibles, Superman and others. His Animal Man and Batman stories strike a chord in many comic book fans as some of the best-written stories of all time.

Brian Michael Bendis – Comic industry experience; 1990 – present. Created a legitimate NEW Spider-Man in Miles Morales. Wrote House of M, Secret Invasion, Siege, and Age of Ultron, just to name a few. Has his creative juices in animation and many other entertainment outlets.

Did I miss someone? Who do you think it should be? Or is Bill Maher right?? 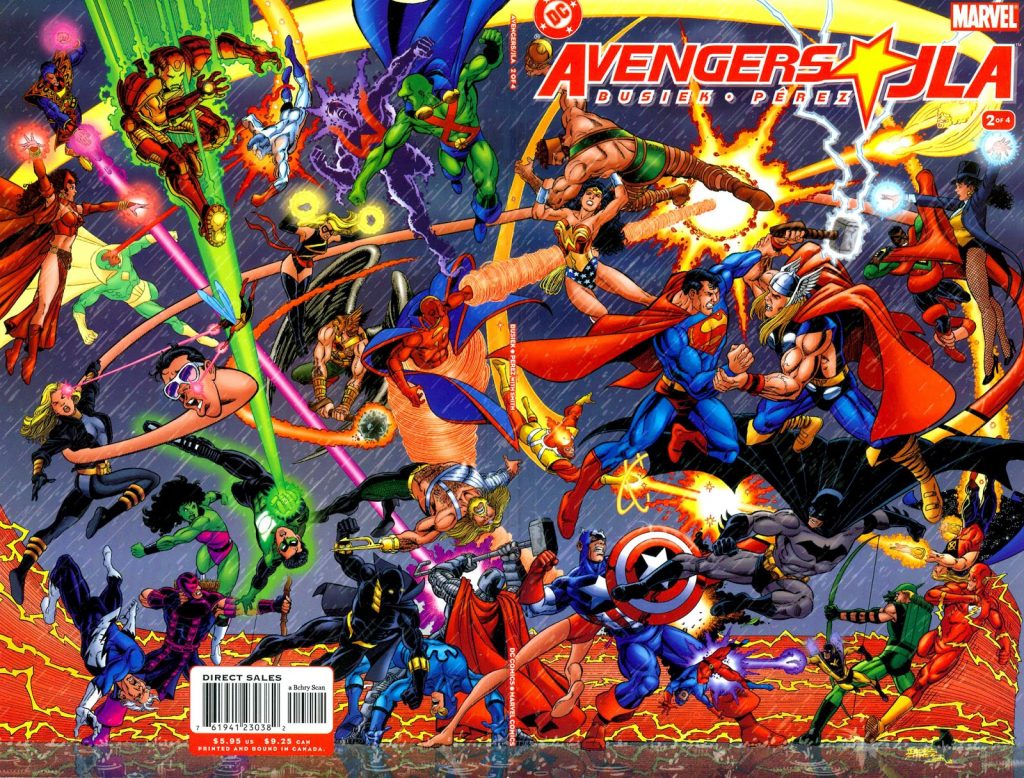