Witchblade Moves to Chicago and Invites New Fans To Join Her

Berkeley, CA – 4 January 2011 – The New Year brings a slew of fresh starts and Witchblade bearer, Sara Pezzini, is no exception. Pezzini will start 2012 in Chicago with a new job and brand new life, thanks to the fresh ongoing creative team of Tim Seeley (HACK/SLASH) and Diego Bernard (The Man With No Name).

Sara Pezzini has always been a born and bred New York City detective, in addition to wielding the ancient Artifacts, the Witchblade. That all changes with WITCHBLADE #151, the first issue by Seeley and Bernard, which finds Pezzini living outside of the Big Apple for the first time in the series history and working as a private
detective. The mystery of how and why Sara is in Chicago, as well as what else has changed about her situation, will drive the story and reader interest for the coming year. This issue kicks off the 5-part story arc, entitled “Unbalanced Pieces,” in which Sara must find a way to balance her new role in the Windy City.

“WITCHBLADE is a dream project or me: A great character, an epic art and editorial team, and an important legacy in the history of comic books!” said Seeley. “Top Cow is giving me an awesome opportunity to reintroduce Sara Pezzini to new fans, old readers, and to a whole new setting!”

WITCHBLADE #151 is the first issue in Top Cow’s REBIRTH, an initiative spinning out of the end of the ARTIFACTS event, which concludes in ARTIFACTS #13. REBIRTH will provide ground-level entry points for each of Top Cow’s Universe titles – WITCHBLADE, THE DARKNESS, and ARTIFACTS – and ushers in a bold new age of story-telling to coincide with Top Cow’s 20th Anniversary. In addition to containing the full first story by Seeley and Bernard, the issue will include a five page bridging sequence by Ron Marz (MAGDALENA) and John Tyler Christopher (ARTIFACTS) and an ongoing prose story backup feature by Seeley.

WITCHBLADE #151 is a 32-page full-color comic with no ads for $2.99, and will be available in comic stores and digitally today. This issue ships with two wraparound covers by regular cover artist Christopher. For more information, please visit www.topcow.com.

ABOUT TOP COW PRODUCTIONS INC.
Top Cow Productions, Inc. (www.topcow.com), a Los Angeles-based entertainment company, was founded in December of 1992 by artist Marc Silvestri, who also co-founded Image Comics earlier that same year. Top Cow currently publishes its line of comic books in 21 languages in over 55 different countries. The company has launched 20 franchises (18 original and two licensed) in the industry’s Top 10, seven at #1, a feat accomplished by no other publisher in the last two decades. Its flagship franchise,WITCHBLADE, was TNT’s #1 original film of 2000 and the subsequent TV series was released on DVD on July 29, 2008.WITCHBLADE is also the first American property to be fully adapted in Japan as an original anime and manga by Studio GONZO in 2006. Top Cow’s other flagship property, THE DARKNESS, was developed into a major next-generation video game release by Starbreeze and 2K Games and achieved platinum sales status. A second game is slated for release from 2K Games in the Fall of 2011. WANTED, an Eisner-nominated miniseries published by Top Cow from 2003-2005, is now a major motion picture from Universal Pictures starring Angelina Jolie, James McAvoy and Morgan Freeman. Virtually all of Top Cow’s other properties are in development as feature films, live-action television, animation or video games. Top Cow has also successfully licensed and merchandised its franchises into toys, statues, clothing, lithographs, puppets, posters, magnets, shot glasses, lighters, lunch pails, wall scrolls, mouse pads, die-cast cars, calendars, Christmas ornaments, Halloween masks, trading cards, standees, video games and roleplaying games. 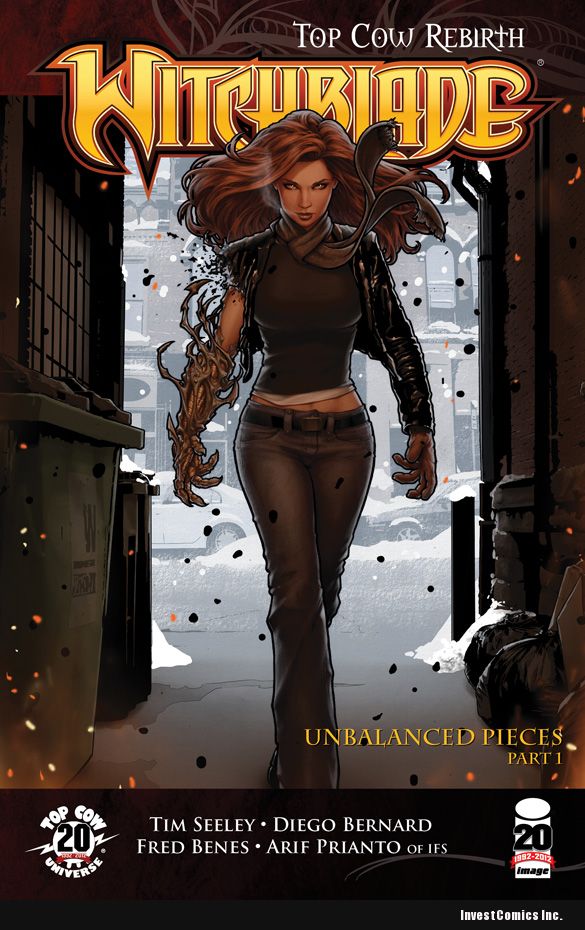 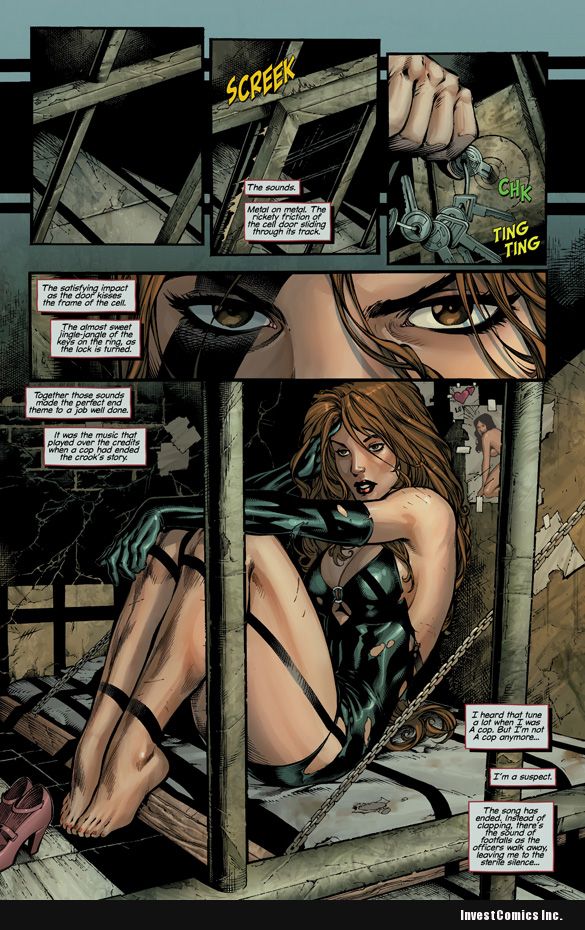 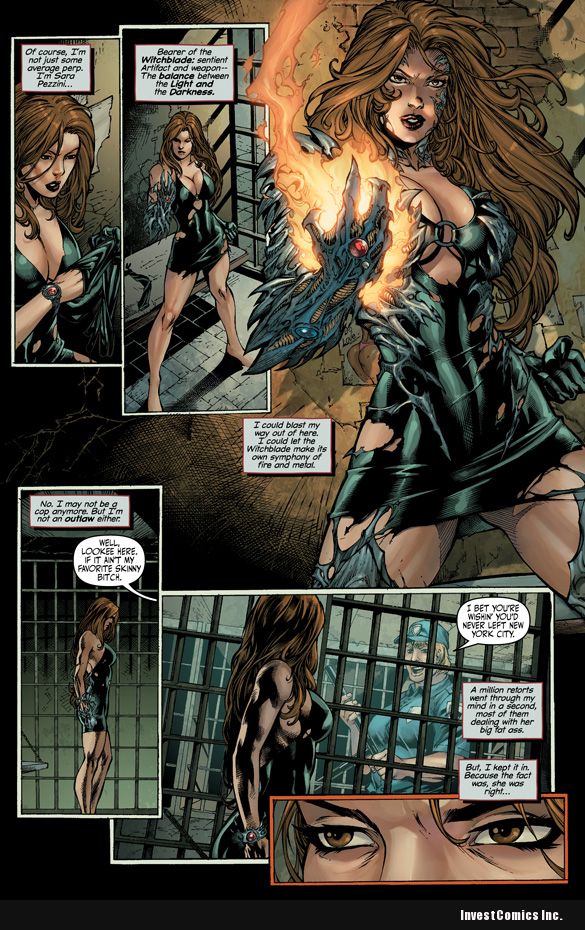 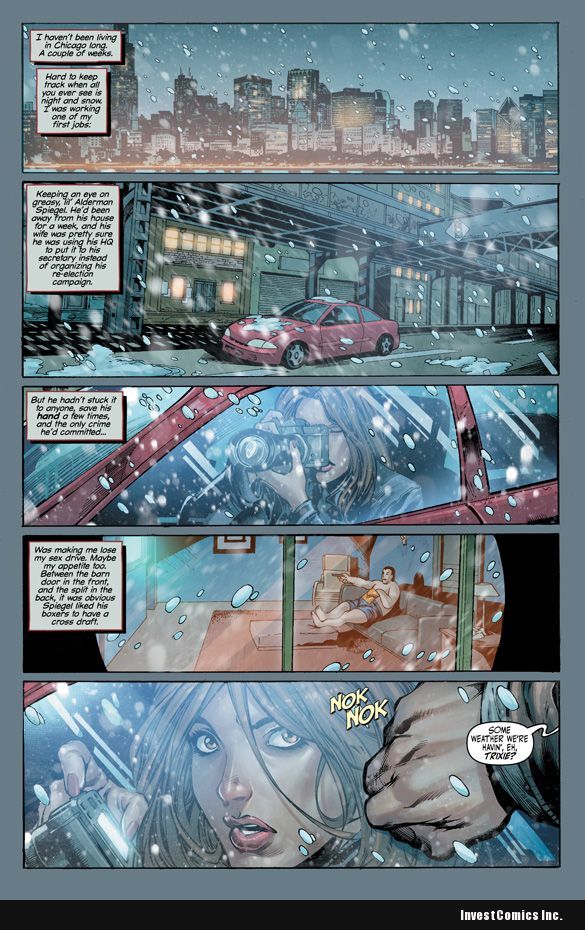 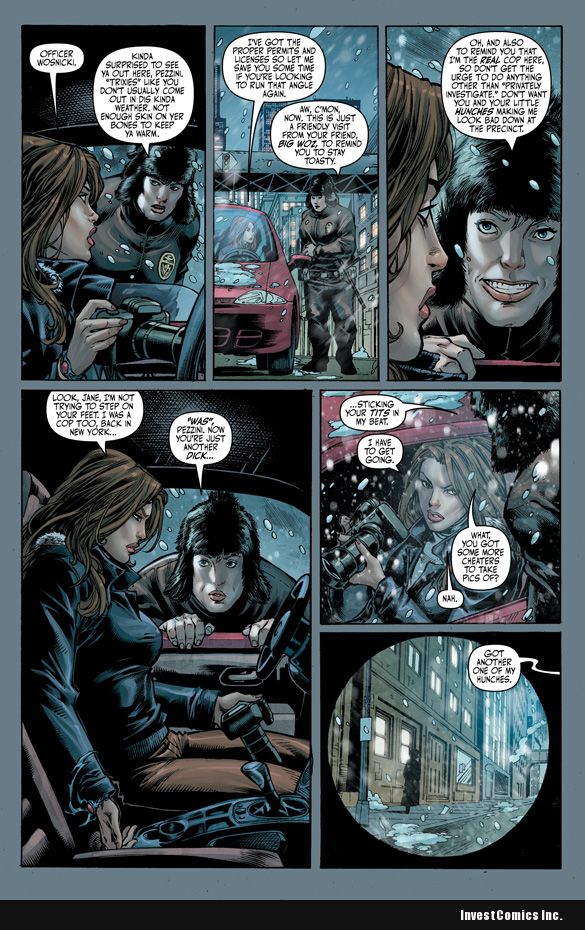 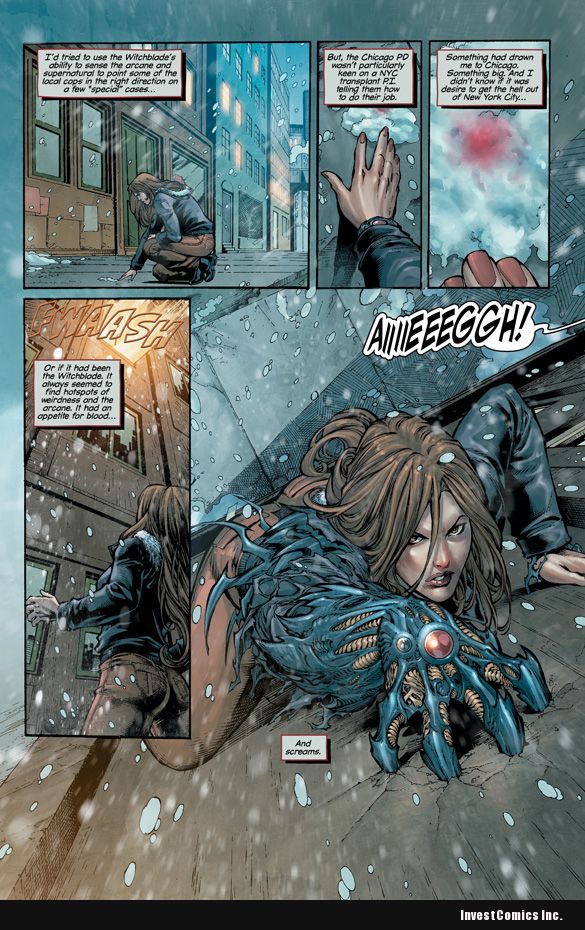