Continuing the sell-out streak on Old Man Logan, Wolverine #72 does that very thing.

Marvel is pleased to announce that Wolverine #72 has sold out at Diamond (though copies may still be available at retail level) and will return with Wolverine #72 Second Printing Variant!  Superstar Eisner nominated writer Mark Millar and acclaimed artist Steve McNiven deliver one of the most shocking Wolverine stories ever told in “Old Man Logan!”  This is the TENTH new printing for this critically acclaimed epic, as every chapter sold out immediately!  In an abysmal future, Logan faces off with the dangerous president of the United States – The Red Skull!  Is Logan a match for one of the most threatening villains of all time? No Marvel fan can miss the penultimate chapter of “Old Man Logan” for the shocking answer! Wolverine #72 Second Printing Variant features the stunning interior artwork of Steve McNiven on a new cover.

“Wolverine #72 is one of the most fun chapters of "Old Man Logan" yet…a wild, crazy ride from start to finish.” – Jesse Schedeen, IGN.com

“[Millar] is writing a Wolverine story that is actually an innovative and entertaining piece of work that goes beyond the inherent limitations of the character and the industry that has been built up on his stocky little shoulders.” – Paul Brian McCoy, Comicsbulletin.com

“Old Man Logan ” is definitely going to go down as one of the most memorable Wolverine stories ever told…the latest part may just be the best yet.” – WeeklyComicBookReview.com

Marvel urges retailers to check their orders on all Wolverine issues, as “Old Man Logan” continues to generate immediate sell-outs. Will Logan defeat the Red Skull? Find out in Wolverine #72 Second Printing Variant! 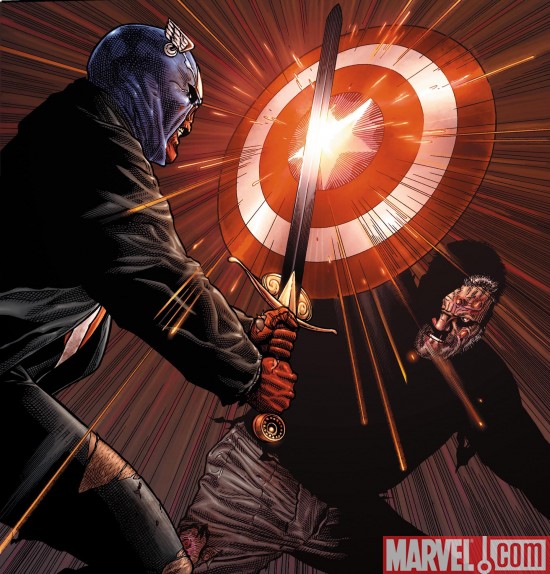