Skip to content
SHADOWLINE TAKES A LEAP
GRIM LEAPER, new series from PETER PANZERFAUST creator in May
At the beginning of the new Image Comics series GRIM LEAPER, Lou Collins has died thirteen times, and he can be sure that grisly death #14 is just around the corner. This may seem like a weird way to find romance, but that’s just what Kurtis J. Wiebe (PETER PANZERFAUST, GREEN WAKE) has in store for Lou in his new series debuting in May, drawn by Aluisio Santos.
Every time he dies, Lou jumps into a stranger’s body, and just as he’s learning something about his new host, another gruesome accident sends him leaping to the next one. Lou wants to escape the violent cycle and find eternal rest — that is, until he meets another “leaper” named Ella.
“This is the gory love story you’ve been waiting for, a buckets of blood romantic comedy for the ages,” said writer Wiebe. “Grim Leaper is a story about that person you’ve always wanted to date but never had the chance to,” added Santos. “Except now your bad luck is a killer.” 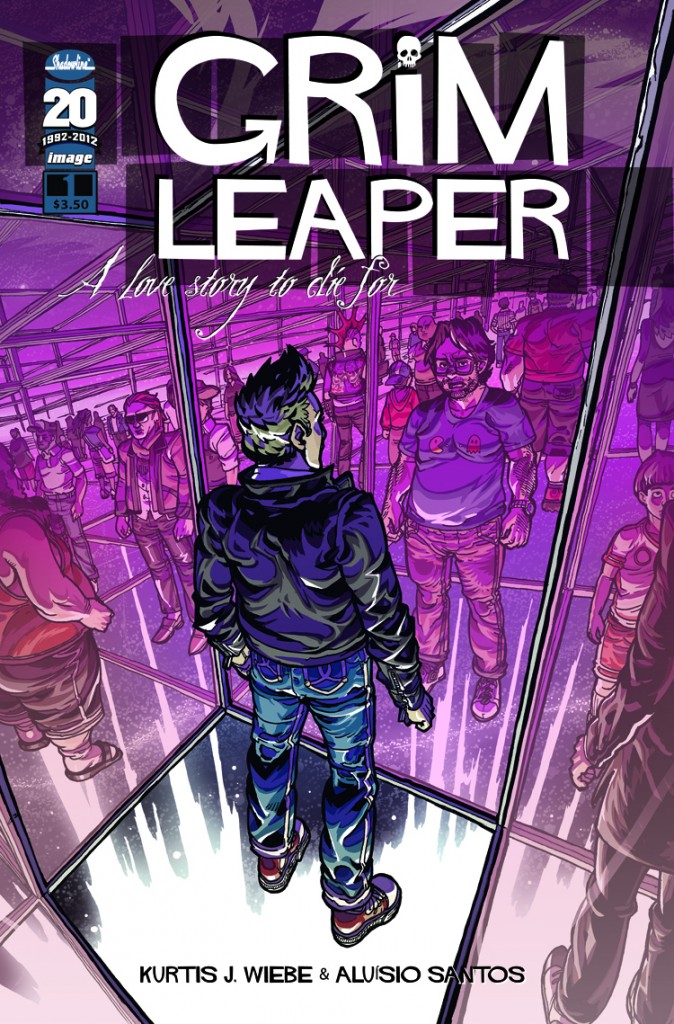