An image of the word TRIAL, that’s all Marvel offers up (for now) of the new (presumably mini)series by Brian Michael Bendis and Stuart Immonen. The email says “the reveals begin” at New York Comic Con.

What does it mean? Let the speculation begin! The image says the reveal will take place at the  AMAZING X-MEN AND THE MARVEL UNIVERSE Panel, so, considering Bendis is helming ALL NEW and UNCANNY X-MEN, it could be X-related, and the fire motiff COULD hint of something Phoenix related. But, the MARVEL UNIVERSE aspect of the panel could make it about anything. 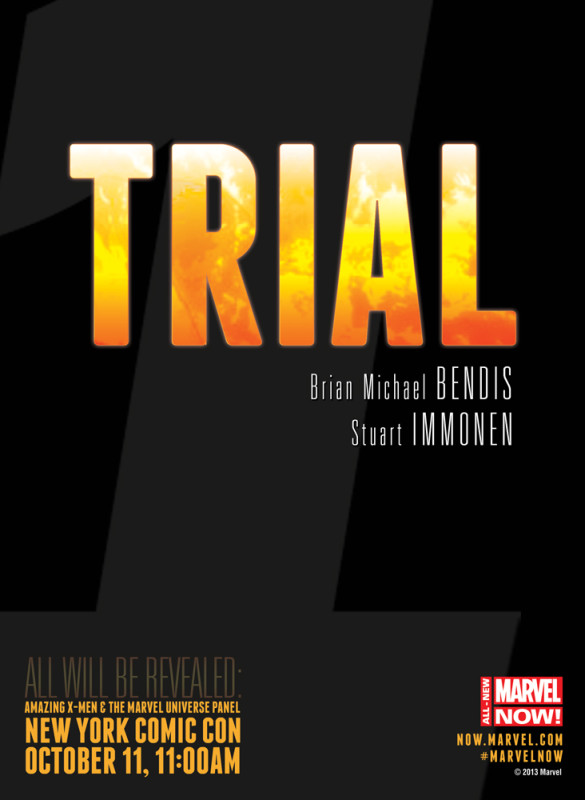