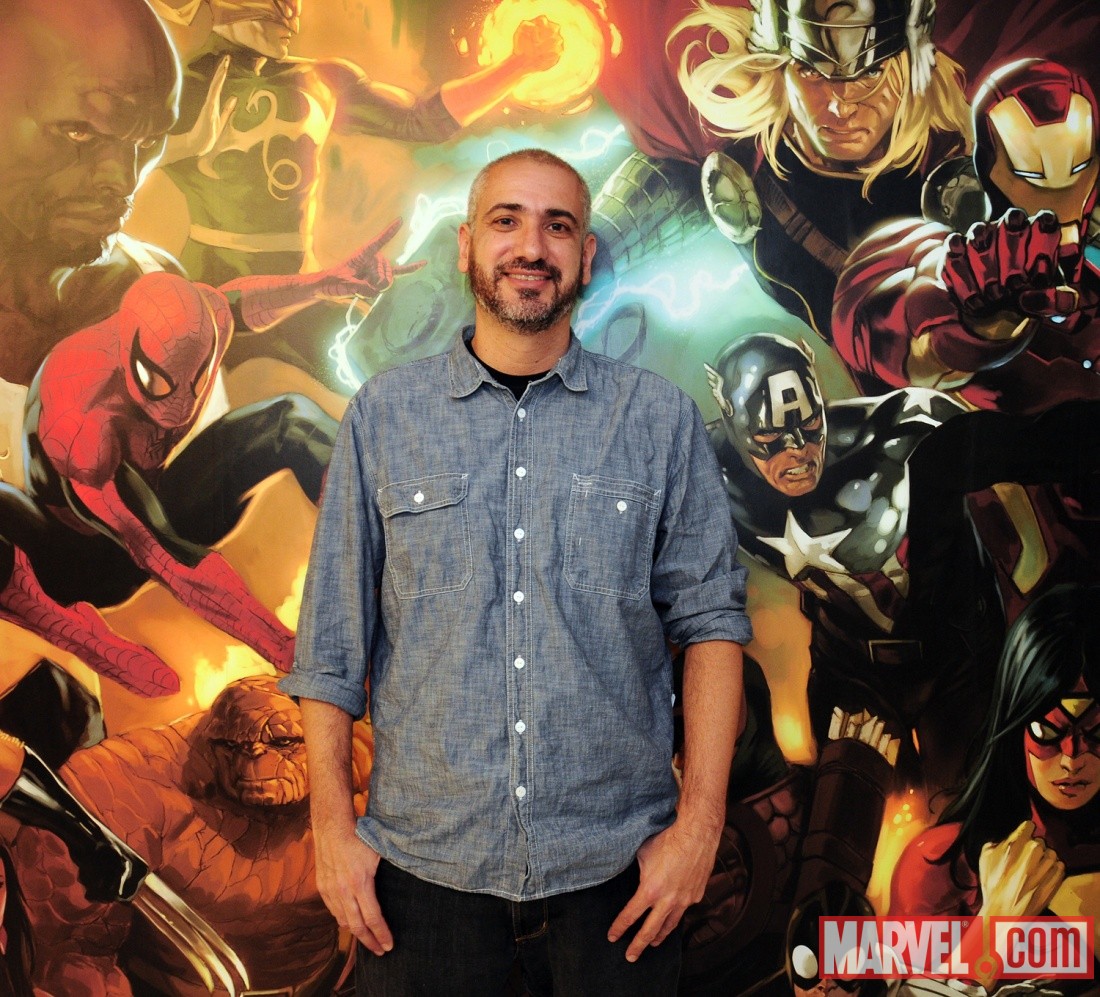 Mr. Quesada stated, “It’s with tremendous pride that I announce Axel Alonso’s promotion to Editor-In-Chief. For over a decade, Axel’s been instrumental in bringing fresh new voices to Marvel and reinventing our biggest characters like Spider-Man, the X-Men, Wolverine and so many more. He’s fought to create unique imprints like Marvel MAX while also bringing fresh new voices to the Marvel family.”

Working in comics for over 15 years, Mr. Alonso began working at Marvel in 2000 as a Senior Editor and was promoted to Vice President, Executive Editor in 2010. Overseeing acclaimed runs of Amazing Spider-Man and X-Men, in addition to shepherding groundbreaking projects such as X-Statix and Rawhide Kid, Mr. Alonso developed a reputation for bringing readers the unexpected and the electrifying. He also oversaw cross-promotional projects such as the creative collaboration between Marvel Entertainment and ESPN The Magazine on their recent NBA Preview issue, which drew attention across the world from mainstream media for it’s innovation.

“Marvel has a great history of the most dynamic and memorable EiCs in comics history and I’m honored to step into this role,” said Axel Alonso. “I’ve been blessed to work with some of the most creative men and women in the world, bringing to life some of the most compelling stories you’ll find in any medium. This new role provides me with exciting challenges and prospects I’ve never encountered before, but I know one thing—Marvel’s getting even bigger in 2011.”

“Most of you know Axel from his high profile job as Vice President, Executive Editor and the man behind some of our very best and edgiest books,” added Joe Quesada. “Time and time again, Axel has proven that he is one of the very best story editors in the history of our medium and one of the finest people I know.  And, like everyone here at Marvel, he has one single focus, bringing you the best stories with the best characters in all of comicdom.  That’s why I have no doubt that Axel will bring Marvel Comics to greater heights than it’s ever known!”

As part of this strategic initiative, Joe Quesada will focus on his duties as Chief Creative Officer, overseeing Marvel’s creative endeavors in film, television, publishing, digital and more. In his ten-year tenure as Editor-In-Chief, Mr. Quesada was instrumental in Marvel’s rise to prominence as a global entertainment juggernaut and the increased profile of the comic book medium. Mr. Quesada brings his expertise and experience to further strengthen the Marvel brand as a leader in worldwide entertainment.

Marvel Entertainment, LLC, a wholly-owned subsidiary of The Walt Disney Company, is one of the world’s most prominent character-based entertainment companies, built on a proven library of over 8,000 characters featured in a variety of media over seventy years.  Marvel utilizes its character franchises in entertainment, licensing and publishing.  For more information visit www.marvel.com.