Here’s a look at today’s BATMAN BEYOND #4, Courtesy of DC’s THE SOURCE.

Having their secret identity exposed is the worst nightmare of any hero who wears a mask – and that nightmare is coming true for Dick Grayson! Bruce and Terry still think they can put this genie back in the bottle, but only with the help of Max, Terry’s closest confidant and computer wunderkind. But Max has problems of her own – the kind that Terry can’t ever find out about – and Dick has his own ideas about how to protect himself! 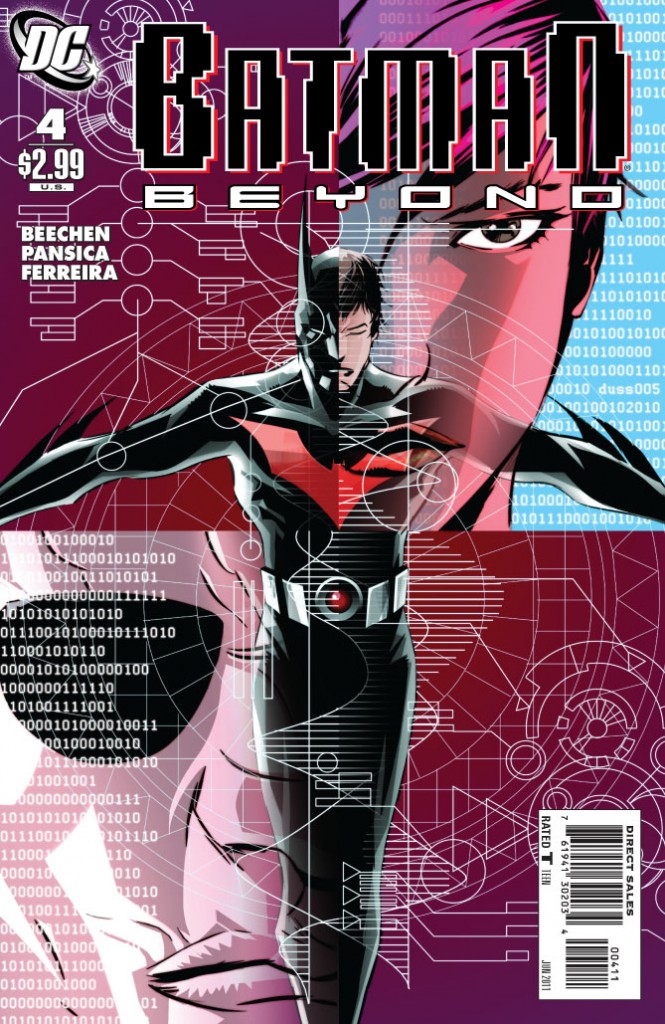 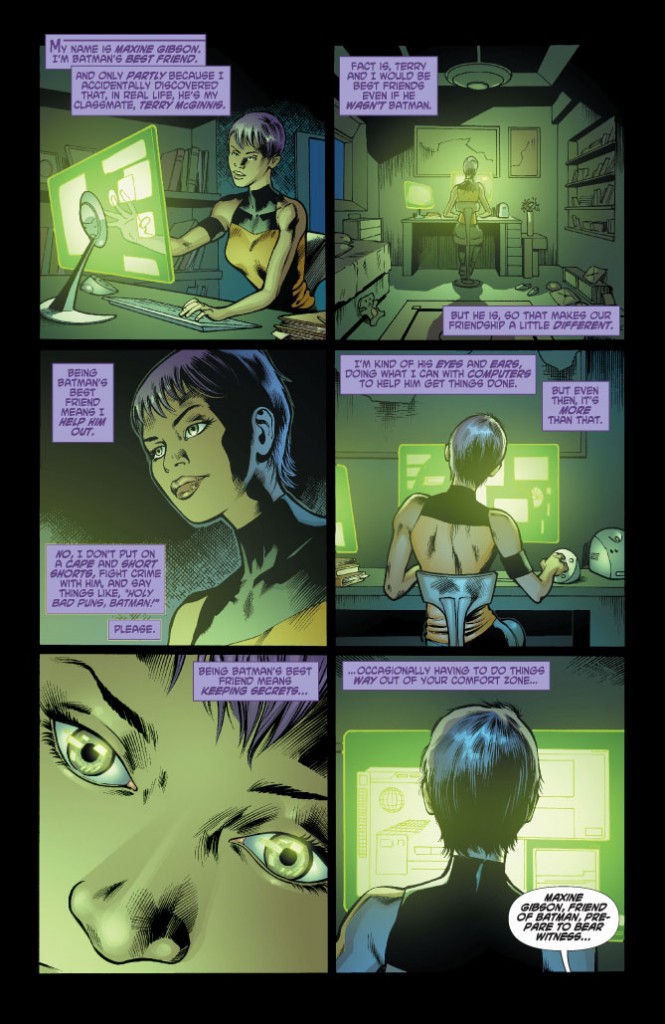 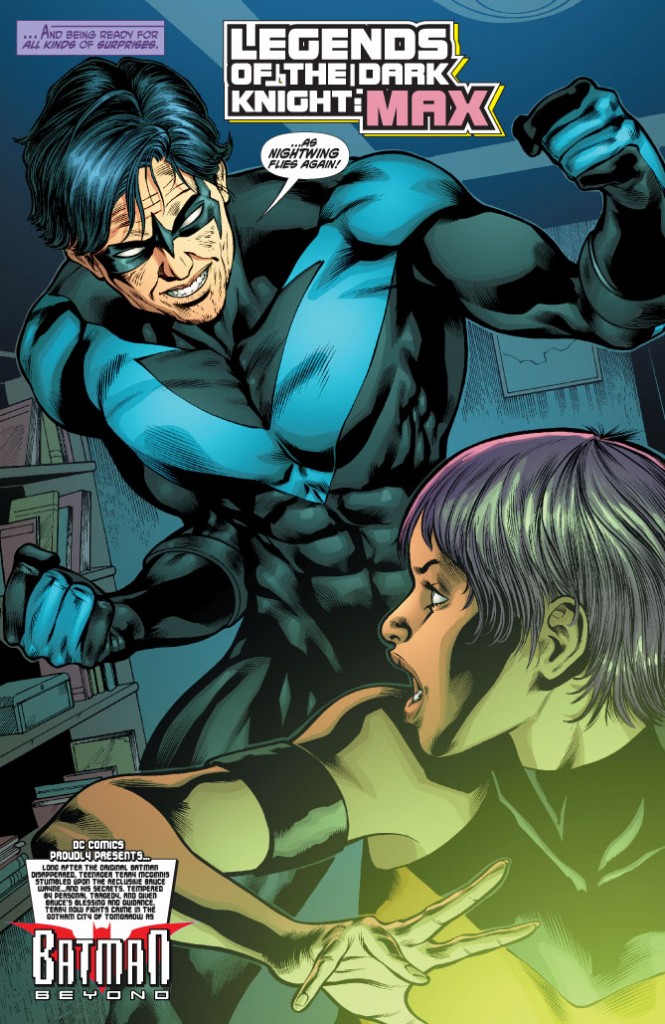 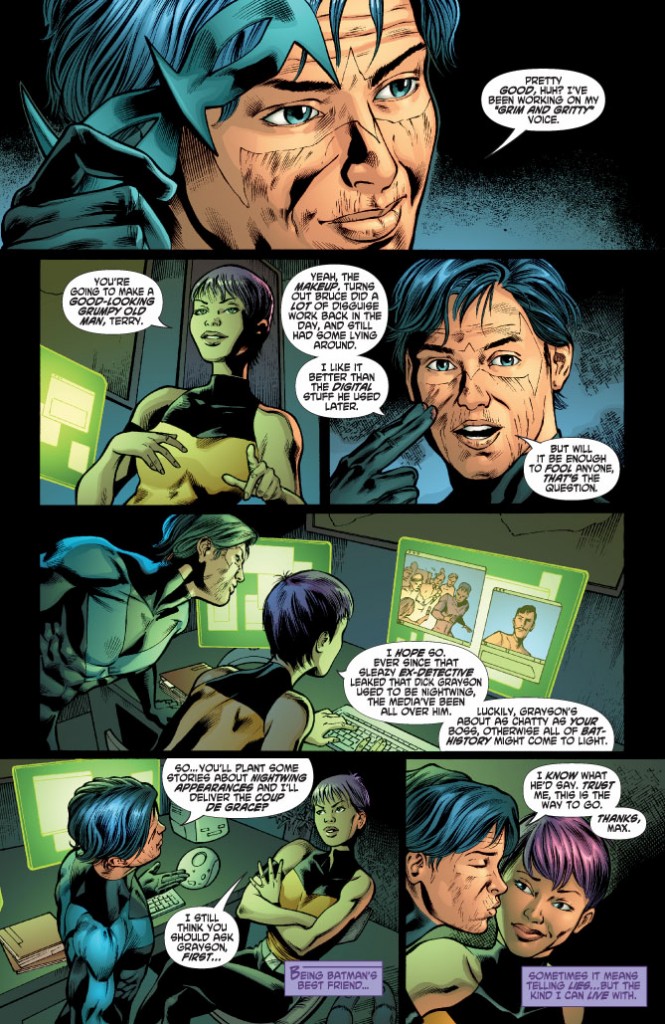 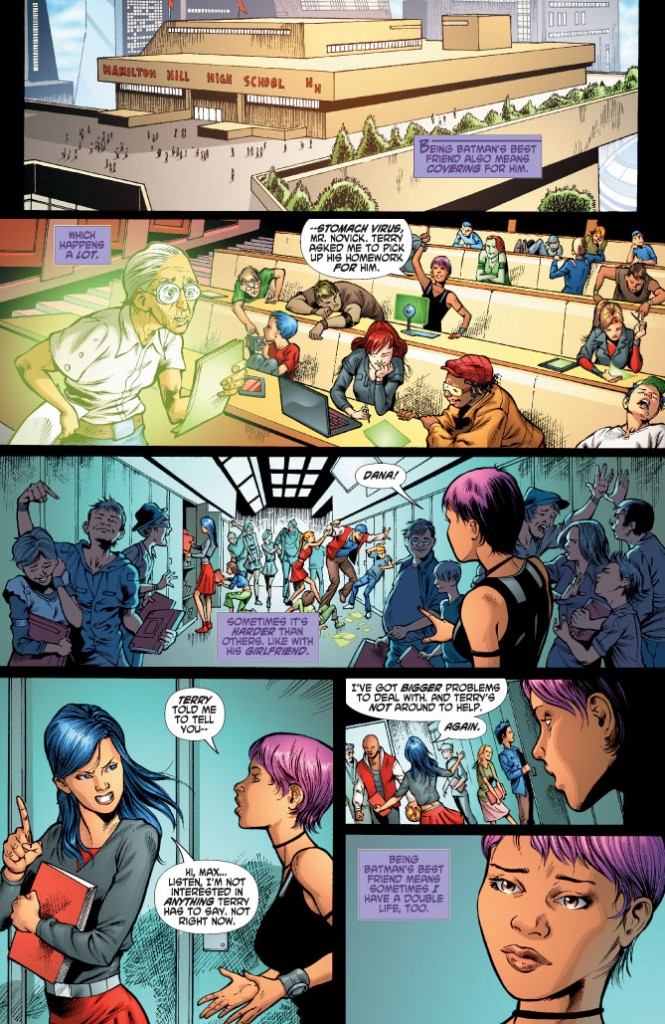 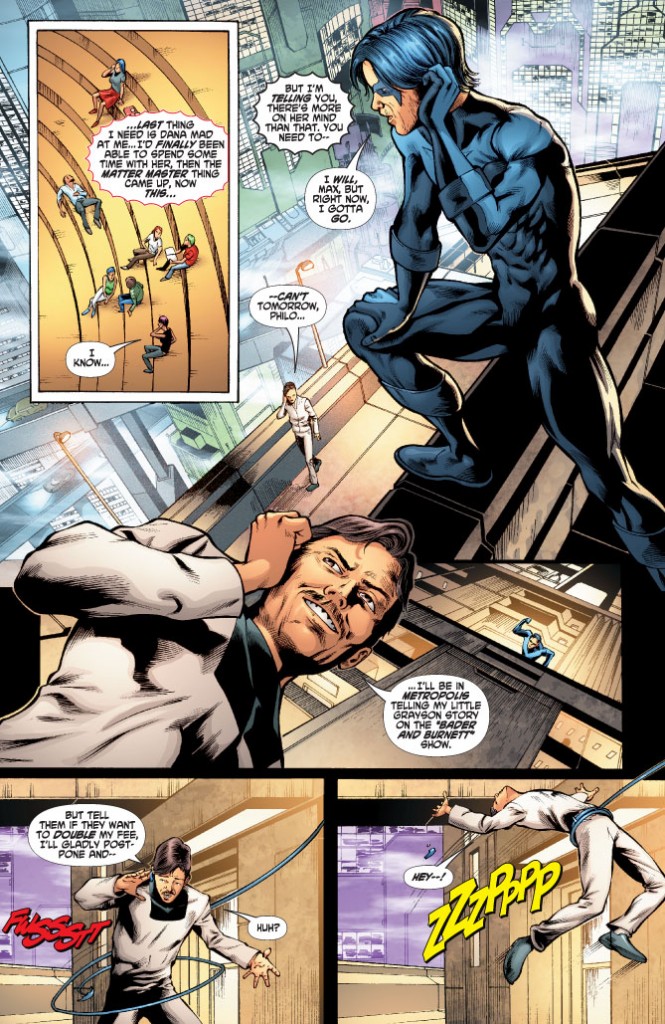