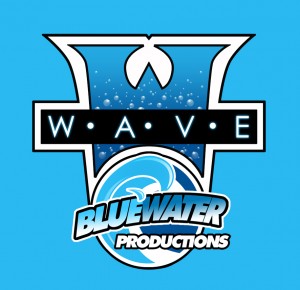 This Fall Bluewater Productions brings you a brand new world of superheroes.  Art Director Gregg Paulson (Judo Girl, Paparazzi) and Line Editor AE Stueve (The Legend of Isis, The ABCs of Dinkology), along with a slew of artists and writers, are launching The Wave #0, Bluewater Productions’ take on a shared universe.  The line starts with The Wave #0 and leads into four four-issue mini-series revolving around mythological heroes and gods in modern times.

Bluewater intends to grab the serious attention of superhero fans.  Though you’ve heard the names before, this is a brand new take, brand new concept, and brand new world.  The upcoming titles include Artemis, Orion, Hercules, and Trident: The Power of Poseidon.  Are you ready for The Wave?

“These comics will show the world that Bluewater Productions is not just about biography and property comics, but it can produce well written, beautifully drawn superhero stories as well.  I think what the coolest thing though is that we are using the ‘shared universe’ formula familiar to fans of Marvel and DC, but right now we don’t have a convoluted back-story of characters who, in some cases, have been around for nearly 100 years.  That’s not to say that it wouldn’t be cool to create characters that are so awesome that in nearly 100 years the universe they share will be a convoluted mess.  Because that would be cool.  But hey, why not mention in our PR announcement one of the best advantages we’ve got over several other superhero comics these days?”  –AE Stueve, line editor/writer Orion

Bluewater was founded on creating updated versions of different types of mythological characters such as 10th Muse (which launched at the 6th highest selling comic book) and Legend of Isis and Atlas ten years ago.  “This is just another branch of books we are doing,” said Bluewater President Darren G. Davis.  “As a kid I was fond of mythology, so I am excited to see what they are going to do with it.”