Housewives to the all-powerful tell all! We all know that behind every great hero is the woman or man who makes their world run. SUPURBIA tells the other side of the superhero story… and a whole lot more. This 4-issue series brings you a can’t-turn-away look at the private lives of superheroes and the drama, conflict and outrageous behavior of their everyday lives. When the hero’s away…

“So often in superhero comics, the girlfriend or boyfriend is left totally in the dark and unable to participate in their loved one’s heroic activities.  But in the real world, significant others not only know what their other half is up to, but they have an opinion!” said writer Grace Randolph.  “These couples have a fabulous and fascinating mix of ordinary problems seen through the superhero lens, and superhero problems seen through the ordinary lens.  However, what really makes this book soar is that with BOOM! I’m able to push these characters in directions that the bigger publishers simply can’t or won’t.  See your favorite archetypes explored as you only wish they could be and should be.”

“Superheros are an institution in comic books. It’s always fun and interesting to tell a story that shows a different side of the genre,” said BOOM! Studios Editor-in-Chief Matt Gagnon.  “Grace’s writing is top-notch. It delivers all the drama of a really juicy tabloid story.”

Meet the Real Housewives of Earth’s greatest super-team, the Meta Legion! It’s the egos, the tantrums, and the betrayals of the super set. Find out what happens behind the masks as superhero families are faced with the sordid problems of everyday life — and then some! This series takes the familiar super-team and turns it on its head with a scandalous, TMZ-fueled look at what it’s like to live with a superhero! Let the battle for the neighborhood begin!

SUPURBIA #1 by writer Grace Randolph and artist Russell Dauterman will ship in March, with an Alè Garza cover and 32 pages of story for $3.99 carrying a Diamond Order Code of JAN120927 . 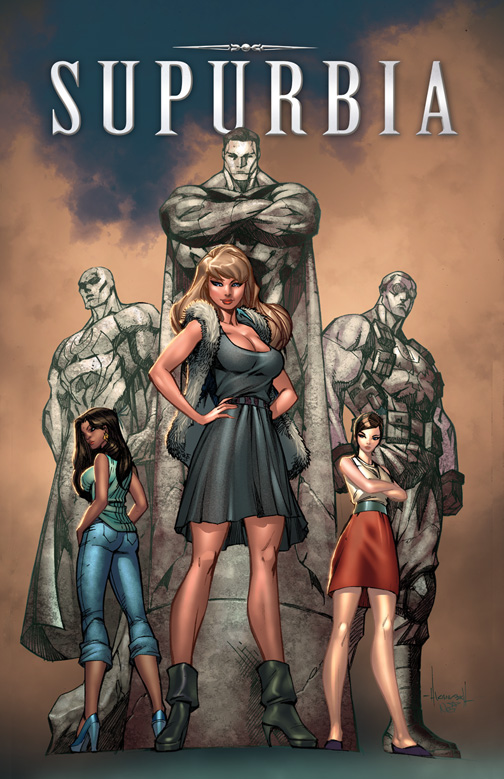